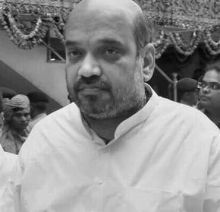 Gulail.com and Cobrapost.com on Friday came out with a sting operation of the alleged illegal phone tapping done on a Bangalore woman in 2009 reportedly under the instructions of former Gujarat home minister Amit Shah -- a confidant of Narendra Modi and who is now leading the Bharatiya Janata Party's charge in Uttar Pradesh -- and the state police.

According to Gulail.com, “Gujarat IPS officer G L Singhal, who is an accused in the Ishrat Jahan fake encounter case (Ishrat was killed, along with three others, by the Gujarat police in 2004) and out on bail, has handed over hundreds of recorded telephonic conversations to the Central Bureau of Investigation revealing how the three key wings of the Gujarat police -- the state intelligence bureau, also known as CID intelligence, the crime branch, and the anti-terrorist squad -- misused their powers to stalk an unmarried young woman from Bangalore, who had her parents staying in Gujarat.”

However, as soon as the tapes were revealed in New Delhi, Pranlal Soni, father of the woman who was reportedly stalked, came out with a statement saying that he himself had requested Gujarat Chief Minister Narendra Modi to “look after” his daughter.

The father's statement thus for the first time links the controversy to Modi.

The investigation done by journalists Ashish Khetan and Anirudhha Bahal claims that the audio tapes reveal Amit Shah ordering an illegal surveillance of a young woman from Bangalore for his “sahib” -- the word frequently mentioned in the tapes.

But Gulail.com has not specified who this “sahib” is for whom the woman was allegedly spied upon by the Gujarat police.

Singhal, an officer in the Gujarat anti-terrorism squad, was once upon a time a trusted official of BJP politicians but once the Sohrabudin fake encounter case was investigated he was arrested and sent to jail. While in jail Singhal turned, in particular, against Shah.

When his son committed suicide Singhal was so perturbed that he decided to turn approver in the case and gave 267 audio tapes -- all recorded covertly -- to the CBI.

It’s claimed that the issue of the woman in question was first mentioned by Pradeep Sharma, an IAS officer from the Gujarat cadre, in his bail petition.

The press release of Gulail.com has not revealed the name of the woman who was allegedly stalked by the Gujarat police at malls, airport, gym, restaurants and even hospital. She is called 'Madhuri'. Along with her, Pradeep Sharma was also put on watch illegally, says the press release from the web site.

It quotes Singhal’s statement to the CBI as saying, 'In the latter half of 2009, when I was posted as SP (Operations) in the Anti-Terrorist Squad (ATS) at Ahmedabad, Shri Amit Shah had directed me several times to watch the movements of Shri Pradeep Sharma, who was then posted as Municipal Commissioner, Bhavnagar. He had also asked me to put a watch on a young woman named Madhuri. I had deputed some men of the Crime Branch (as ATS was short of subordinate staff) to follow her, as directed by Shri Amit Shah.' Singhal’s statement was recorded by the CBI on April 17, 2013, and a copy of it is with Gulail.com.

There is bitter rivalry between the Gujarat government and Pradeep Sharma and his brother Kuldip Sharma. Pradeep Sharma had been accused of giving away land worth crores to private parties at cheap rates and was arrested on corruption charges. Kuldip Shrama, a Gujarat cadre IPS officer, is helping his brother in the legal battle.

Khaitan further alleges, “The tapes also reveal how phone-tapping guidelines as laid down by the Supreme Court in several landmark cases were blatantly violated. It also brings the telecom companies under a cloud, as they willingly obliged the Gujarat police to tap the phones, without any valid legal orders or written permission.”

Will the Gujarat government now ask the CBI to look into these tapes? Only time will tell. 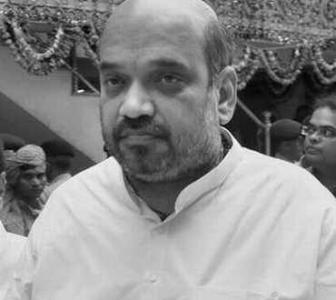 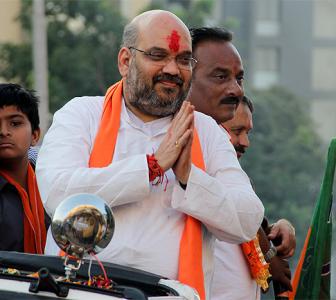 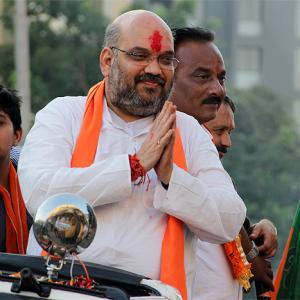 EXCLUSIVE: Anti-incumbency will wipe out the Congress: Amit Shah