The Egyptian state television has come out with an advertisement warning people against talking to foreigners who could turn out to be spies, a move slammed by social media users who say it will only help increase levels of xenophobia in society.

The ad features a man entering a cafe where a group of young people are sitting and chatting. The "foreign spy" joins them as they talk about the political and economic situation in the country.

A voice-over says the spy is receiving "valuable information" from normal people talking about problems in Egypt, such as traffic and fuel shortages.

Twitter users mocked the commercial, particularly a bit in which the "spy" says the word "really" in English.

They said that spies don't need to go to cafes to get valuable information since all the crises facing the country are obvious.

One Twitter user said, "Any idiot will know that there is a crisis in fuel if he sees the queues in front of gas stations".

During the 18-day uprising that began on January 25 last year, state media had tried to discredit the protesters in Tahrir Square by saying they were receiving foreign funds.

It was normal at the time to see talk shows on state-run channels, and even private ones, warning people against foreigners.

Scores of foreign students, journalists, tourists and Egyptians, mistaken for foreigners, were attacked on the basis that they were spies during that time.

Following Mubarak's ouster, the military rulers used the same tactics, accusing the activists of the April 6 Youth Movement of being spies and blaming the crackdown on protesters on foreign infiltrators.

The recent ad comes ahead of the run-off vote for the presidency on June 16-17, which pits Ahmed Shafiq, Mubarak's last prime minister, against the Muslim Brotherhood's Mohamed Morsy.

In June last year, Egypt had arrested Ilan Grapel, a United States immigrant to Israel, on suspicion of spying. He was later released in exchange for 25 Egyptians who had been imprisoned in Israel. 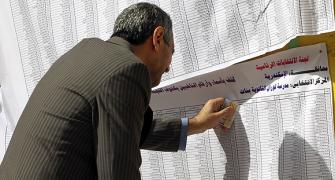 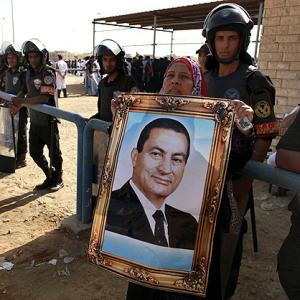 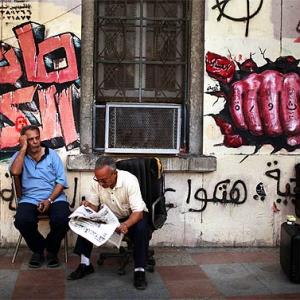