Source: PTI
December 21, 2010 14:54 IST
Start afresh! This is Congress President Sonia Gandhi's message to her partymen from Bihar in the wake of the party's drubbing in the recently concluded Bihar assembly polls.

Gandhi gave the directive to the party leaders at the 83rd Congress plenary in New Delhi's Burari suburb on Monday after holding deliberations with senior leaders from the state. "Gandhi said we needed to start afresh and make a new beginning in the state. Mukul Wasnik and Ashok Ram accepted their moral responsibility for the party's defeat while talking to the Congress president," a party leader said on condition of anonymity.

The meeting took place on a day when a section of the Congress leaders attacked Wasnik and others accusing them of indulging in "ticket sale" during the Bihar elections. While on the first day of the plenary Wasnik was heckled by a section of Bihar leaders, on the second day leaflets were distributed at the venue seeking a Central Bureau of Investigation probe into the bank deposits of leaders who were involved in ticket distribution. The leaflet alleged that those in-charge of Bihar elections as well as the former CLP leader deprived genuine Congress workers of party tickets and fielded outsiders and candidates with "dubious" credentials from 142 of the 243 assembly seats in the state.

PCC chief Mehboob Ali Qaiser had offered to step down accepting moral responsibility immediately after the results. However, there is no word from the central leadership so far on his offer. The leader said Gandhi impressed upon the Bihar leaders to seriously implement measures for reviving the party in the state as were suggested in the plenary.

"There is simply no alternative to unity, hard work and discipline. There is no place for complacency and taking anything for granted and hoping that from somewhere above, things will happen," Gandhi had said at the plenary. She also announced a series of measures including setting up of a coordination committee by AICC in states, launching a 'Jan Jagaran Abhiayan' throughout the country to inform the people about achievements of the United Progressive Alliance government.

Gandhi also directed all the PCCs to appoint a monitoring committee to get systematic feedback on the implementation of the UPA's flagship programmes, adding it should submit a report every quarter to the AICC and asked all PCCs to ensure that at least one session of all delegates is held every year.
Source: PTI© Copyright 2021 PTI. All rights reserved. Republication or redistribution of PTI content, including by framing or similar means, is expressly prohibited without the prior written consent.
Related News: All India Congress Committee, Sonia Gandhi, Pradesh Congress Committee, Ashok Ram, Mehboob Ali Qaiser
SHARE THIS STORY
Print this article 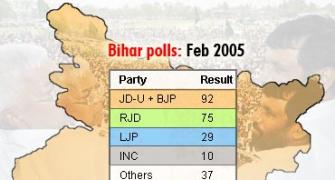 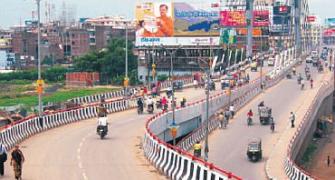 Congress devoid of ideas in Bihar 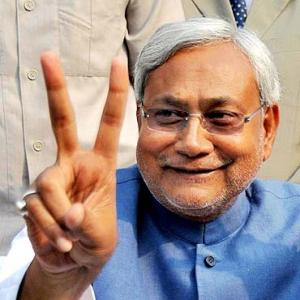 Lessons for Modi, Sonia and Rahul from Bihar