Dravida Munnetra Kazhagam president M K Stalin was on Tuesday unanimously elected as legislature party leader and he is to be sworn-in as chief minister of Tamil Nadu on May 7. 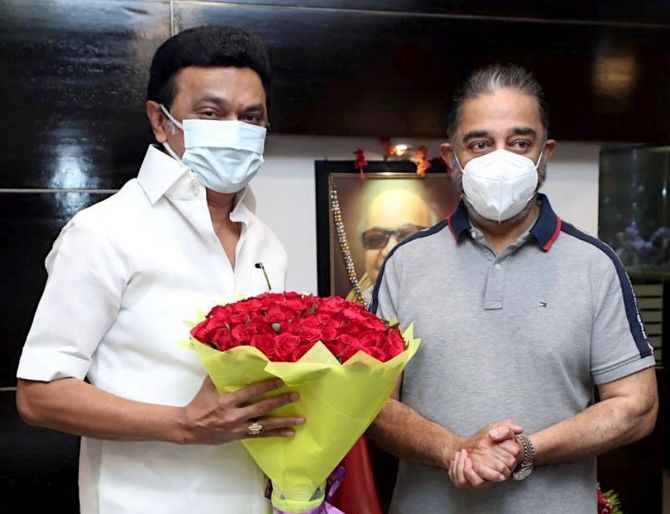 'Party president @mkstalin was elected leader of the DMK legislature party,' the DMK said on its official twitter handle.

The meet to elect him was held at headquarters 'Anna rivalayam' and it witnessed participation of 133 newly elected MLAs, which includes eight from alliance parties like the Vaiko-led MDMK who fought the polls on DMK's 'Rising Sun' symbol.

A DMK release said Stalin was unanimously elected as the legislature party leader after his name was proposed by party general secretary Duraimurugan and seconded by principal secretary K N Nehru.

The government meanwhile said in a release that the swearing-in ceremony would be held on May 7.

Stalin had already said that the ceremony shall be held in a simple manner in the Raj Bhavan premises in Chennai.

The party release said Stalin would call on Governor Banwarilal Purohit on Wednesday and give him a letter on his election as the leader of the legislature party.