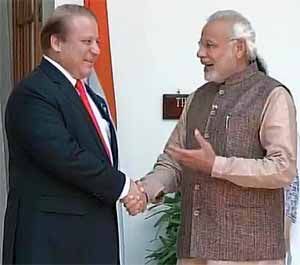 Prime Minister Narendra Modi and his Pakistani counterpart Nawaz Sharif will meet on the sidelines of the SCO Summit in Ufa in Russia on July 10. According to sources, the two leaders, who will attend the Shanghai Cooperation Organisation Summit, will be meeting on the sidelines of it.

However, the details of the meeting were not officially confirmed.

Modi and Sharif had last met in Kathmandu in November at the South Asian Association for Regional Cooperation Summit where they did not, however, hold any bilateral meeting.

Earlier at the beginning of the holy month of Ramzan, the prime minister had called Sharif and extended his best wishes while stressing the need for having peaceful and bilateral ties.

During his telephonic conversation, Modi had also conveyed to his Pakistani counterpart India's decision to release detained Pakistani fishermen on the occasion of Ramzan.

The call was seen by many as an attempt to reach out to Pakistan after leaders from both sides exchanged sharp comments after Modi's critical remarks about Pakistan during his Bangladesh visit and in the wake of India's military action in Myanmar. 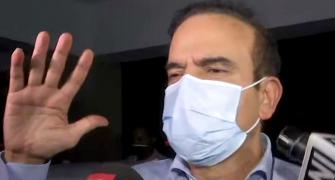