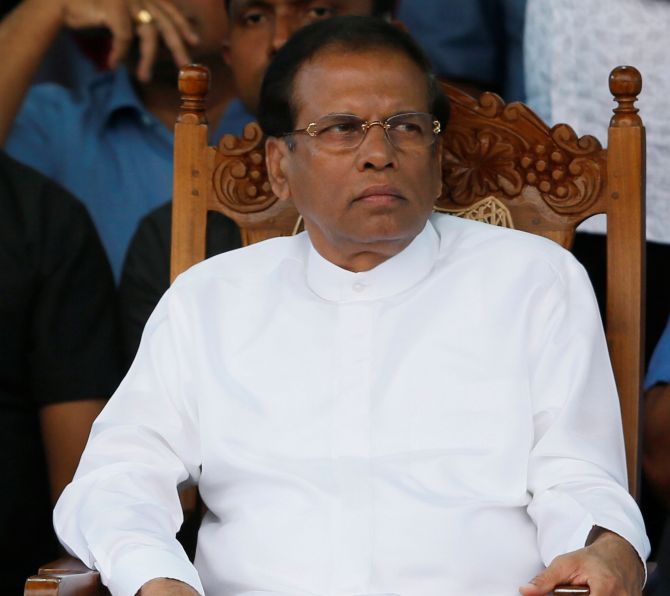 In a major boost to sacked Sri Lankan Prime Minister Ranil Wickremesinghe, the Supreme Court in a landmark ruling on Tuesday overturned President Maithripala Sirisena's controversial decision to dissolve Parliament and halted the preparations for snap polls on January 5.

The apex court's decision deepened the political crisis in the island nation after president Sirisena fired his coalition prime minister Wickremesinghe on October 26 and installed former strongman Mahinda Rajapaksa as the new premier.

A three-member apex court bench, including country's chief justice Nalin Perera, delivered its verdict after two days of deliberations on as many as 13 petitions against and five for Sirisena's November 9 decision to dissolve Parliament.

The apex court said Sirisena's dissolution of Parliament will be suspended until December 7 and it will consider all the petitions filed on the President's decision next month before giving a final ruling.

The Supreme Court ruling means Parliament can be convened and a floor test can be taken to determine whether the President appointed Prime Minister Rajapaksa has a majority in the 225-member parliament.

‘The Speaker hereby informs you that parliament would be convened at 10 am tomorrow November 14. All honorable members of parliament are hereby informed to attend the session,’ a release from Jayasuriya's office said.

Reacting to the Supreme Court's ruling, Wickremesinghe said, ‘The people have won their first victory.’

‘Let's go forward and re-establish the sovereignty of the people in our beloved country,’ he tweeted.

"The Supreme Court has issued an interim order on the dissolution of parliament till early December. This is not the court's final decision," he said.

Sirisena dissolved Parliament after it became clear that he lacked support from lawmakers to instal Rajapaksa as the new prime minister following his sacking of Wickremesinghe as premier.

All petitions filed against Sirisena's decision will be heard on December 4, 5 and 6, the apex court ruled, in a historic judgement that could upset the 67-year-old president's political ambitions.

He, however, advanced the convening of the House to November 14 amid international and domestic pressure against the move.

Major political parties, including the United National Party and the Janatha Vimukthi Peramuna and an election commission member Ratnajeevan Hoole, on Monday dragged Sirisena to the Supreme Court, challenging his decision by filing fundamental rights petitions against the move, which they said violated the Constitution.

Sirisena dissolved Parliament last week, almost 20 months before its term was to end, and ordered snap election on January 5, plunging the country into an unprecedented political and constitutional crises.

Wickremesinghe has maintained that his sacking by Sirisena was unconstitutional and illegal and he was still the prime minister.

Wickremesinghe demanded that Parliament be convened to hold a vote among the lawmakers to decide who enjoyed majority support in Parliament to be the prime minister.

As pressure grew and both sides claimed they had the numbers, the President dissolved Parliament and called for elections. Rajapaksa needed the support of minimum 113 parliamentarians in the 225-member House to prove his majority.

Sirisena on Sunday stoutly defended his move to dissolve Parliament, saying it was taken to prevent clashes among rival lawmakers.

He said there were reports that politicians would clash during the floor test, which was due on November 14.

At the hearing on Tuesday, Attorney General Jayantha Jayasuriya, on behalf of the State, justified Sirisena's action, saying the powers of the President are clear and unambiguous as provided for in the Constitution and the announcement of the dissolution of Parliament was done by the President in accordance with the Constitution.

He pleaded for the dismissal of all petitions and said the President was empowered to dissolve Parliament. Rajapaksa, 72, who ruled Lanka for a nearly decades from 2005, was unexpectedly defeated by his deputy Sirisena in the presidential election held in January 2015 with the support from Wickremesinghe's UNP.

However, the power-sharing arrangement between Sirisena and Wickremesinghe became increasingly tenuous on several policy matters, especially on issues like the economy and security.

And subsequently, Sirisena abruptly ousted Wickremesinghe and replaced him with Rajapaksa. 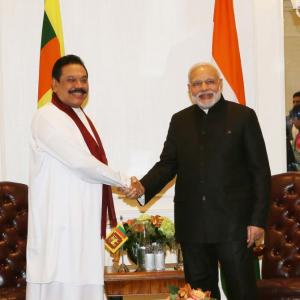 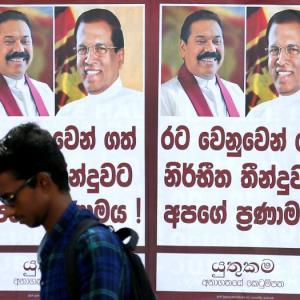