'The economic crisis hit us from nowhere. No one saw it coming.' 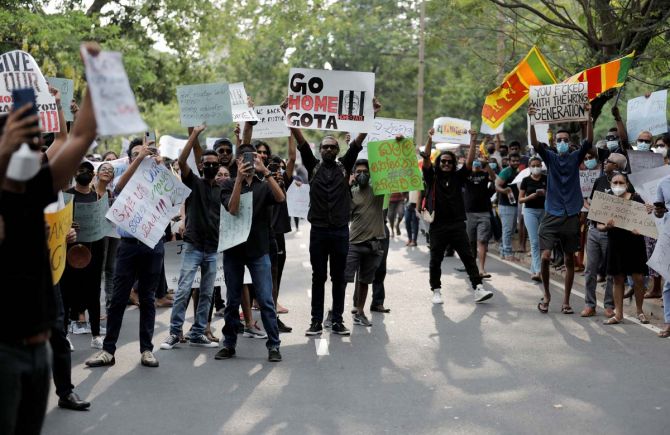 As Sri Lanka faces its worst economic crisis, Sri Lankans are protesting in the streets demanding the resignation of the president and prime minister. The entire cabinet, except Prime Minister Mahinda Rajapaksa, resigned on Monday, April 4.

As unrest and anxiety prevail on the island, an expat recounts to Archana Masih/Rediff.com what the last few days have been like for the residents.

"The economic crisis hit us from nowhere. No one saw it coming," says the expat speaking from Colombo on condition of anonymity.

"Things seemed fine till the end of February and people went about their daily lives as usual -- but then suddenly things started spiralling out of control."

"Everything went for a toss in the first week of March. It really hit us bad." 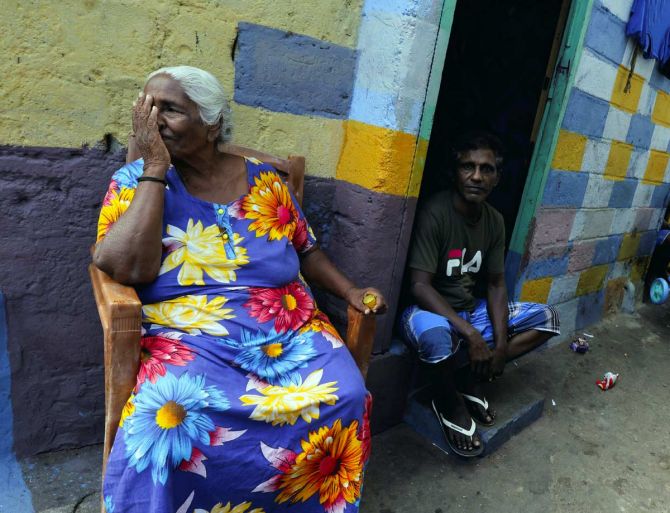 IMAGE: Sri Lankans sit outside their home in Colombo, March 31, 2022, to cool themselves from the heat during the power cut as many parts of the country face long power cuts. Photograph: Dinuka Liyanawatte/Reuters

"There were serpentine queues at the petrol pumps in Colombo. The price of petrol, which was about 110 Sri Lankan rupees, had shot up to Rs 280-290 per litre."

"The US dollar, which was at 203 Sri Lankan rupees, is now at Rs 296. Travellers going abroad are unable to buy dollars because of the foreign exchange crunch."

"Expats have been unable to send their money to their home countries and their own salaries have come down by 30%-40%."

"Many are super anxious and want to go back to their countries and return only when things get better," the expat says.

The night curfews have continued, but defiant protestors have violated the curfew to protest. 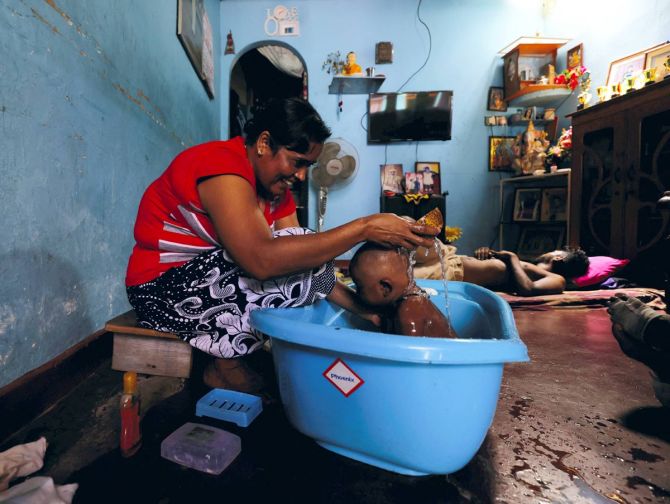 IMAGE: A woman comforts a baby with water in a tub during the power cut in Colombo, March 31, 2022 as many parts of the country face long power cuts. Photograph: Dinuka Liyanawatte/Reuters

"Electricity cuts and soaring prices of cooking gas have added to the pain," the expat says.

Electricity cuts range from 4 to 13 hours. Those working in big office buildings prefer coming to office because the buildings have power backup.

Videos of the unrest in Colombo:

"Those who can't afford gas have been forced to buy kersosene. That too is getting scarce and there are long queues," the expat says.

The price of milk has gone up marginally and residents resorted to panic buying.

Daily provisions and vegetables are available, but at a slightly higher price.

"The situation is better this week compared to what it was a few days ago. Shops are open and local transport is plying. People are also going to work." 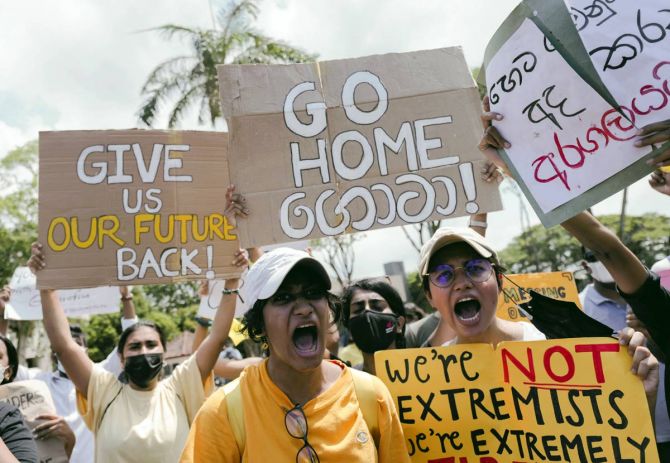 "But there is unrest and tension. I encountered pockets of protestors with placards in Sinhala in the streets which read 'Go Back'," says the expat. "I hope things can improve."