A row has erupted over some political leaders, including Nationalist Congress Party chief Sharad Pawar and Maharashtra sports minister Sunil Kedar among others, reportedly parking their SUVs on an athletics track at a sports complex located at Balewadi in Pune during a review meeting. IMAGE: Cars parked on an athletics track at a sports complex at Balewadi in Pune. Photograph: ANI

Kedar, who had also attended the event at the Shiv Chhatrapati Sports Complex on Saturday, apologised on Monday after the incident drew flak from the sports community.

On Saturday, Sharad Pawar, Kedar, Minister of State for Sports Aditi Tatkare had visited the Balewadi complex to review the proposed International Sports University at the facility located on the outskirts of Pune.

Bharatiya Janata Party MLA from Pune, Siddharth Shirole had raised the issue on Twitter and alleged that the athletics track was used to park the SUVs of political leaders including Pawar.

He said these leaders could have used an elevator to reach the meeting hall at the facility or could have climbed hardly 15 stairs, but instead, they chose to use the athletics track as a parking space and humiliated the sportsmen from the country.

Union Sports Minister Kiren Rijiju had also expressed his displeasure over the incident.

"I'm personally very sad to see such disrespect for sports and sporting ethics in our country," Rijiju tweeted.

Kedar told a news channel that considering the health of Pawar, it was not convenient for him to climb the steps.

Kedar added that the synthetic track's life is nearly about 8 to 10 years and after that, it needs to be changed.

"For the last one-and-a-half years, the track is not in use due to COVID-19 and it was already damaged. The state government had already sent a proposal to the Centre in 2019 to make a new track that would be of the international standard. The approval is expected soon," said Kedar.

Meanwhile, Suhas Patil, Deputy Director, Sports and Youth Welfare, also apologised stating that only one vehicle of a chief dignitary was supposed to be brought to the venue using a cement track along the athletics track, however, suddenly, more vehicles came on the track.

"The cabinet minister for Sports and Youth Welfare has taken a cognizance of the issue and instructed the administration that such incident should not be repeated," Patil stated. VIP culture to be replaced by EPI -- Every Person is Important -- culture: PM 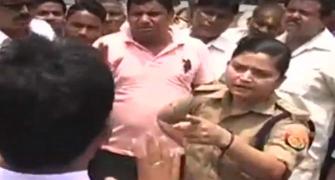 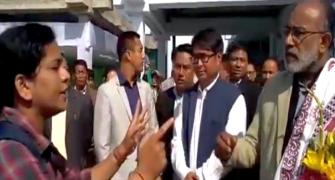 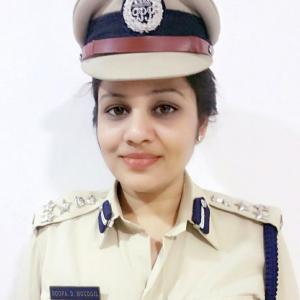 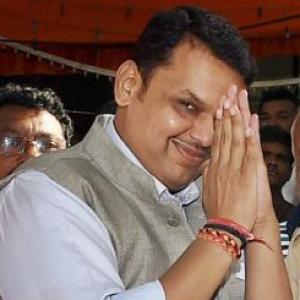