Journalist Priya Ramani told a Delhi court on Monday that her "disclosure" of alleged sexual harassment by former Union minister M J Akbar has come at "a great personal cost" and she had "nothing to gain" from it. 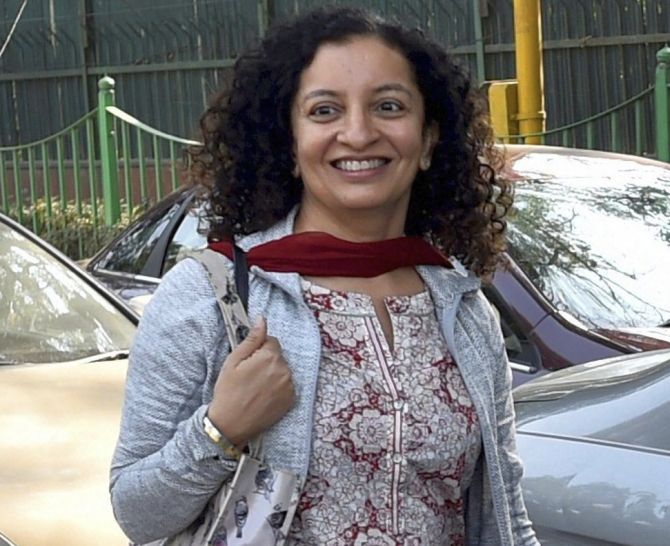 Ramani said her move would empower women to speak up and make them understand their rights at workplace.

The scribe made the submission before Additional Chief Metropolitan Magistrate Samar Vishal while deposing as a witness in her defence in the criminal defamation case filed against her by Akbar.

"Many of us are brought up to believe that silence is a virtue. In all my disclosures pertaining to Akbar, I spoke the truth in public interest and for the public good.

"I hope that these disclosures that were a part of the 'MeToo' movement would empower women to speak up and better understand their rights at workplace. This case has come at a great personal cost to me and I had nothing to gain from it," Ramani said.

She said it is not easy for any women to make such disclosures.

"By keeping silent, I could have avoided the subsequent targeting. But that would have not been the right thing to do," Ramani deposed.

The court will further hear the matter on October 24.

Ramani worked at the Asian Age from January to October in 1994 and had accused Akbar of sexual misconduct around 20 years ago when he was a journalist.

Akbar has denied the accusations.

The former Union minister had earlier told the court that allegations made in an article in the 'Vogue' and the subsequent tweets were defamatory on the face of it as the complainant had deposed them to be false and imaginary and that an "immediate damage" was caused to him due to the "false" allegations by Ramani.

Several women have come out with accounts of the alleged sexual harassment by him while they were working under him as journalists.