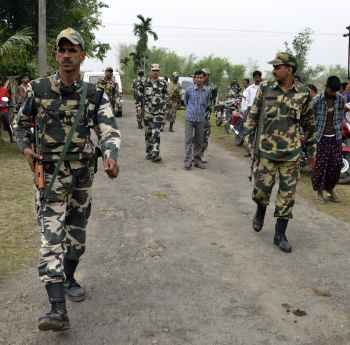 A superintendent of police and another police official were killed in an encounter when tribal militants from the Karbi People’s Liberation Tigers ambushed them in Karbi Anglong district of central Assam late on Thursday night.

SP Nityananda Goswami was leading a police team of 18 cops from Hamren police district against the outlawed group in the remote Rongphur area of the Jaintia Hills when the militants opened fire against the SP and his personal security officer Ratul Nunisa.

The police informed that the 18 officers had been divided into three teams with SP Goswami leading one and Additional Superintendent of Police Bedanta Borkotoky and the officer-in-charge of Hamren police station leading the other two teams.

Following the ambush, four cops returned to Hamren police station and reported about it around 2.30 am. The bodies of the SP and PSO were later brought to the police station.

Image has been used for representational purposes only.