In a dig at the Samajwadi Party, Prime Minister Narendra Modi on Wednesday said it has moved away from the ideology of Ram Manohar Lohia with its leaders practising pariwarvad instead of samajwad. 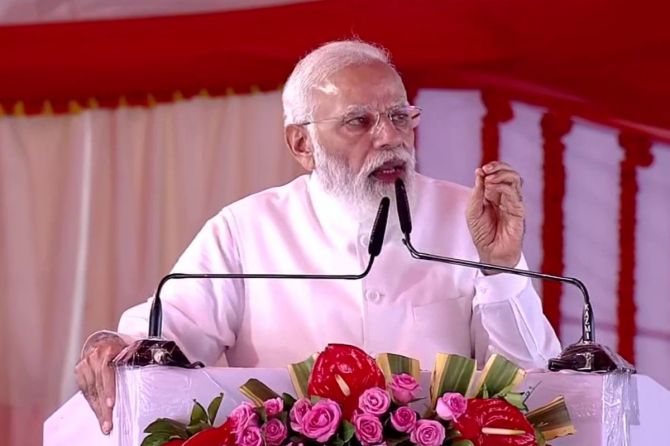 The prime minister made the remark while addressing a rally after inaugurating the Uttar Pradesh's fourth international airport at Kushinagar near the site of Gautam Buddha's Mahaparinirvana, besides laying foundation stones of several other projects.

UP is not limited to giving maximum number of PMs but being the birthplace of Lord Rama, Lord Krishna and many other legendary figures, it has a pristine history, the prime minister remarked in his address.

Highlighting benefits of a 'double engine' government in UP, he said over Rs 80,000 crore has been transferred in bank accounts of farmers in the state so far.

Modi also praised the Yogi Adityanath government in Uttar Pradesh for dealing sternly with criminals and land grabbers and also facilitating vaccination of more than 12 crore people so far.