The Bharatiya Janata Party's four-month honeymoon with Shibu Soren ended abruptly on Wednesday with the party withdrawing support to the Jharkhand Mukti Morcha-led government, a day after the Jharkhand chief minister sided with the United Progressive Alliance in the Lok Sabha.

A meeting of the BJP top brass, headed by party chief Nitin Gadkari, decided to withdraw support to the state government immediately.

"The BJP parliamentary board has decided to withdraw support immediately to the Shibu Soren government. He (Soren) has behaved in a very dubious manner and voted with the government during the cut motion. The BJP has taken very serious note of this betrayal and dubious conduct," said senior BJP leader Ananth Kumar.

Earlier, Soren's son Hemant had claimed that his father voted for the UPA by mistake.

Asked about JMM's sudden support on the cut motion, Hemant Soren on Wednesday claimed that it happened by 'mistake' and made it clear that there was no move to form a government in Jharkhand with Congress' backing.

The BJP will meet Jharkhand Governor M O H Farooq on Thursday on its decision to withdraw support.

Raj Bhavan sources said that party representatives would meet the governor at 11 am. Deputy Chief Minister and state BJP President Raghuvar Das will lead a 41-member delegation, including BJP MLAs and office-bearers, to meet the governor.

Kumar, who along with former BJP president Rajnath Singh, was part of the negotiations with Soren just four months ago, refused to comment on whether the party's coalition experiment has failed in the state.

With Soren voting along with the UPA government, speculation is rife that he may have struck a deal with the Congress-led government. Sources said he may bargain for a berth in the Union Cabinet and make his son Hemant the deputy chief minister in Jharkhand.

Jharkhand Vikas Morcha-Prajatantrik chief Babulal Marandi may then become the chief minister in a coalition government formed by the Congress, JMM and JVM-P.

The JVM-P was formed by Marandi, a former member of the BJP who has served as the state chief minister, in 2006.

In the 81-member Jharkhand assembly, Congress has 14 MLAs, JMM and BJP have 18 MLAs each and Jharkhand Vikash Morcha (Prajatantrik) has 11 MLAs.

The Rashtriya Janata Dal and the All Jharkhand Students Union both have 5 MLAs each and the Janata Dal - United has two MLAs. The rest of the seats are held by smaller parties and independent candidates. 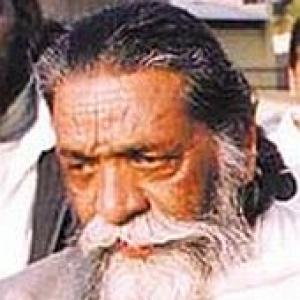