Concerned over rising incidents of crime against women in various parts of the country, Congress president Sonia Gandhi on Monday spent a quiet 73rd birthday sans celebrations as wishes poured in from across the political spectrum.

Gandhi decided not to celebrate her birthday as she was saddened by rape incidents and assaults on women in various parts if the country, sources said.

But birthday greetings came in from all corners of the country, including from Prime Minister Narendra Modi and Congress leaders.

However, her children, Rahul Gandhi and Priyanka Gandhi Vadra, as well as several other top leaders did not wish Gandhi on social media as they would normally do, respecting her decision not to celebrate her birthday.

Her decision follows several cases of assault against women such as the Unnao rape victim being set ablaze and succumbing to the burns at a hospital in Delhi, and the recent incident of a young veterinarian being raped, killed and set ablaze in Hyderabad by four people.

Sonia Gandhi was present in the Lok Sabha in morning as Home Minister Amit Shah introduced the Citizenship (Amendment) Bill.

'Her strength, dignity, compassion and grace has united us and made us strong. We wish her a very happy birthday,' a tweet from the party's official Twitter handle said.

'Our great democracy in the past has seen many a women icon who have lead the country to greatness; Sonia ji combines every lesson of greatness from history and charts a courageous path of her own for the emerging and aspiring Indian women,' the All India Mahila Congress tweeted.

'A spirit of sacrifice, service before self, innate faith in human goodness & a character made of steel is what sets Smt. Sonia Gandhi apart. Warm birthday wishes to Congress president,' Surjewala tweeted. No place for bigotry, fanaticism in India: Sonia 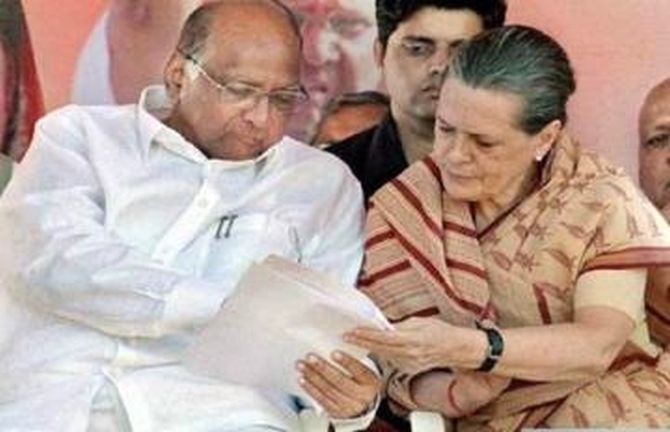