The list is topped by China-based Nine Dragons Paper Holdings' Zhang Yin, followed by Nooyi at the second spot.
Sonia is ranked third, while Kochhar is at the fifth slot.

Writing about Kochhar, CNN says she is "no stranger to 'key women' lists".The ICICI Bank chief in 2009 was named among Forbes' 'World's 100 Most Powerful Women'.

"Little wonder, considering how the mother of two is responsible for some 15 million customers in India, which makes up a third of India's retail lending. Since joining ICICI in 1984 as a management trainee, Kochhar has been credited to turning the company from a wholesale lender to retail banking dynamo that it is today," the report notes.

On Sonia, CNN notes as the president of the Congress Party, "converted Indian Sonia Gandhi's story reads like a soap opera".

"Under her (Sonia Gandhi's) leadership, the Congress became the Lok Sabha's single largest political party. Sonia is also big on austerity, travelling economy class on a 2009 flight and urging MPs to contribute their salary to the drought victims," the report says. The CNN report says years after Rajiv Gandhi's assassination in 1991, she entered politics as a primary member of the Congress and rose through the ranks to become party leader in 1998.

About the Chennai-born Indra Nooyi, CNN says as the PepsiCo chief she lords over some 1,85,000 corporate minions in close to 200 countries.

"Nooyi's hard-as-nails leadership and her sense of fun (the one-time lead guitarist in an all-girls rock band, and still performs regularly at corporate functions) has earned her spots on many 'best leader' lists in the US," the report notes.

CNN points out that since joining the cola major in 1994, the 54-year-old Nooyi has consistently tried to steer the company in a more waistline-friendly direction. "Currently, Nooyi is revamping Pepsi's falling profit share in the drinks business with the healthy Pepsi Natural and Propel fitness Water, as well as shouldering corporate responsibility with the "Pepsi Refresh Project," it added. 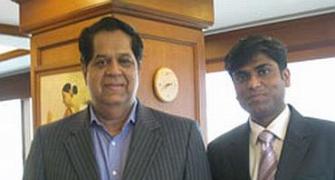 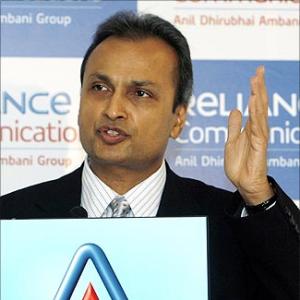 BIG TV in talks with Warner, CNN for content Chanda Kochhar joins the ISB board