The Bharatiya Janata Party on Saturday said that Congress President Sonia Gandhi's decision not to stake claim to prime ministership in 2004, as noted by A P J Abdul Kalam in his forthcoming book, should not be seen as a "supreme sacrifice" as the mandate in that Lok Sabha election was not heavily in favour of her or Congress.

In his forthcoming book, Turning Points: A Journey Through Challenges, Kalam has said had Gandhi, Congress president, wanted she could have become the prime minister and he would have had "no option but to appoint her".

However, BJP maintains that this does not make Sonia a symbol of sacrifice.

"This is not a new thing that Kalam saheb has said. He has said this before as well. Just because he has written this in his forthcoming book, Sonia Gandhi does not become an epitome of sacrifice. She is still the super-Prime Minister. She has a bigger secretariat (NAC) than the PM," BJP Vice-President Mukhtar Abbas Naqvi told PTI.

He claimed all big decisions of the government are taken by Gandhi and not Prime Minister Manmohan Singh.

Naqvi further claimed that the 2004 general elections had created "special circumstances" in which the tally of the two largest parties was almost equal.

"Congress with 145 seats in the Lok Sabha in 2004 was only seven seats ahead of BJP which had 138 MPs. Even the vote percentage difference was very less with Congress getting 0.20 per cent more votes than BJP. So, there was no big verdict of the people in favour of Sonia for prime ministership," Naqvi said.

BJP emphasised these facts show there was no sacrifice on Gandhi's part and said her decision had not come as a surprise to the party.

"Today, she is enjoying power without accountability and is holding a bigger position than the Prime Minister," he charged.
Source: PTI© Copyright 2020 PTI. All rights reserved. Republication or redistribution of PTI content, including by framing or similar means, is expressly prohibited without the prior written consent.
Related News: Bharatiya Janata Party, Sonia Gandhi, Congress, Mukhtar Abbas Naqvi, Gandhi
SHARE THIS STORY
Print this article
Jail bharo: BJP leaders to court arrest on Jun 22 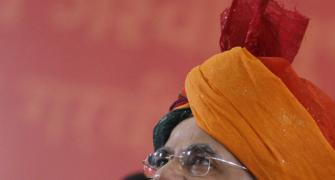 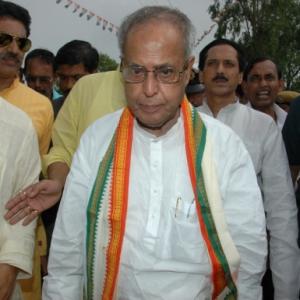