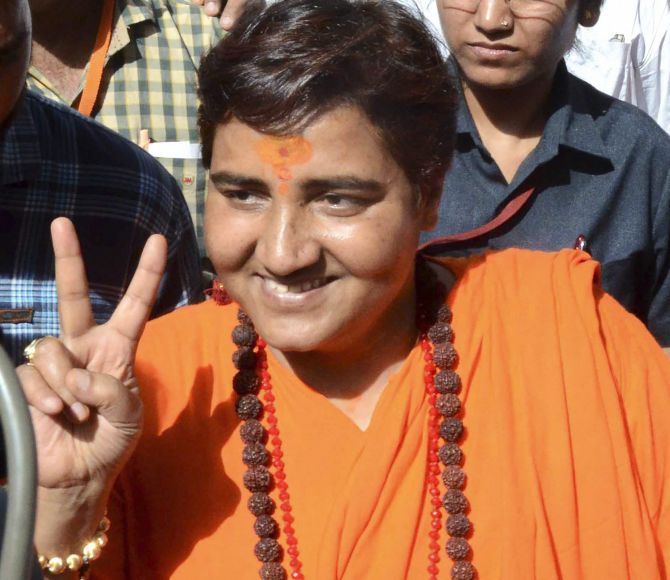 As many as 28 out of 41 sitting women MPs, including Sonia Gandhi, Hema Malini and Kirron Kher, retained their seats in Lok Sabha polls, but the likes of Smriti Irani and Pragya Thakur stole the show with the extent of their victories over their more renowned rivals.

Irani emerged as a giant-killer -- this time scripting a historic win by dethroning Rahul Gandhi in the Congress's home turf Amethi.

Other prominent names who will enter Parliament are Dravida Munnetra Kazhagam candidate from Thoothukkudi Kanimozhi Karunanidhi and BJP's Rita Bahuguna, who is leading from Uttar Pradesh's Allahabad constituency.

Locket Chatterjee, Bengali actress-turned-politician from the BJP, is also leading with over 46 per cent votes in the Hoogly constituency. 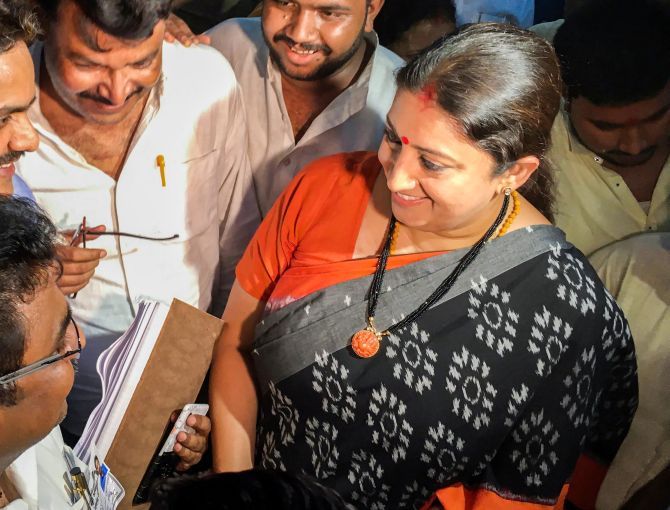 16 women MPs re-contesting from their seat and are set to be re-elected from the BJP, while Sonia Gandhi is the only sitting MP from the Congress who has won.

Prime Minister Narendra Modi on Thursday led the BJP towards what is certain to be a spectacular victory for a second term in office, as his message of nationalism, security, Hindu pride and a New India was wholeheartedly embraced by voters across large swathes of the country.

The Congress had fielded 54 women candidates. It was closely followed by the ruling BJP, which had fielded 53 women.

As many as 222 women contested the polls independently. A total of 8,049 candidates were in the fray in the parliamentary polls.

The highest number of candidates were fielded from Uttar Pradesh at 104, followed by Maharashtra. Sixty-four women candidates have been fielded from Tamil Nadu, 55 from Bihar and 54 from West Bengal.

A total of 724 women candidates were in the fray for the Lok Sabha election.