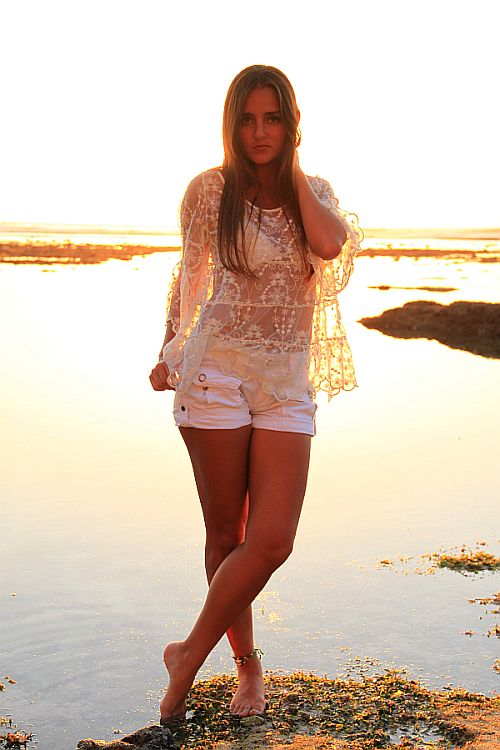 A 21-year-old Brazilian woman who auctioned off her virginity online for $780,000 last year now says she wants to sell it again as the deal was never consummated.

A Japanese identified only as Natsu beat out competition from 14 other men, mainly from Brazil, but also from India, Australia and the United States.

But in a video, Migliorini now insists: "I am still a virgin in every sense of the word and no one can prove me wrong."

The young woman, who posed nude next to a pink teddy bear in Playboy magazine, opened her own website VirginsWanted2.com to hold a second sale of her virginity to the highest bidder.

"I decided to open my own webpage to auction off my virginity and this time it will be for real. So those interested, men or women, can make their bids," she said.

She told the Brazilian showbiz website PurePeople.com.br that she hopes to bring in at least $680,000. 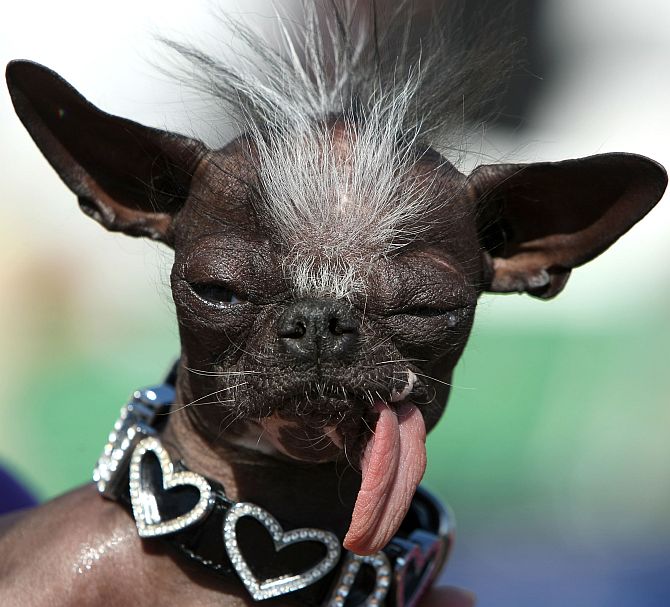 Elwood, the Chihuahua and Chinese Crested mix whose unusual appearance won him the 2007 title of World's Ugliest Dog, has died unexpectedly at the age of 8, his owner said on Saturday.

"It was very sudden," said a tearful Karen Quigley, 52, of Sewell, New Jersey, who adopted Elwood in 2006. The homely but lovable 5-pound (2.3-kg) canine died Thursday, on Thanksgiving morning.

"He was in my arms," Quigley said. She said the veterinarian believed he might have had some kind of cancer.

Elwood was dark and practically hairless -- except for a tuft of white hair on his forehead -- and had a long, protruding tongue.

A breeder had deemed Elwood too ugly to sell and was planning to euthanize him, but he was taken in by one of the breeder's friends. Quigley adopted him in when he was 9 months old.

After winning the annual "World's Ugliest Dog" contest held in California, he developed a legion of fans who sent him letters and postcards. This led Quigley to write "Everyone Loves Elwood," a children's book about self-acceptance.

Elwood had "a magical power to make people smile and laugh" that made him very attractive, especially to children, said Quigley. Elwood would pose for photos with people at charitable events.

"He was the most beautiful dog I've ever seen ... " said Quigley, who has rescued other dogs as well. "He taught children it's OK to be different." 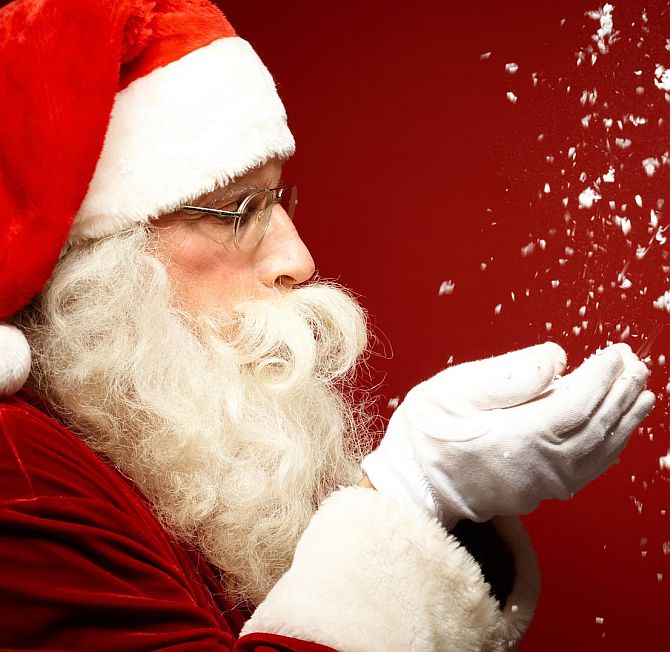 A man who worked as a Santa Claus in a shopping mall at Massachusetts, US, has been ordered not to put the red suit back on until a court resolves a charge that he groped an adult coworker over the weekend.

The man, Herbert Jones, 62, was arrested on Saturday and charged with one count of indecent assault and battery on a person over the age of 14, Russ Eonas, a spokesman for the Plymouth County district attorney's office, said on Tuesday.

The prosecutor's office declined to comment on reports that the co-worker wore an elf costume as part of the job.

Jones pleaded not guilty and was released on $1,000 bail. A judge ordered him to stay away from the Hanover Mall, where he had worked, and not to seek work as a mall Santa until the charges are resolved.

Jones is due back in court on December 24, Christmas Eve.

Soon, a floating city that docks from port to port 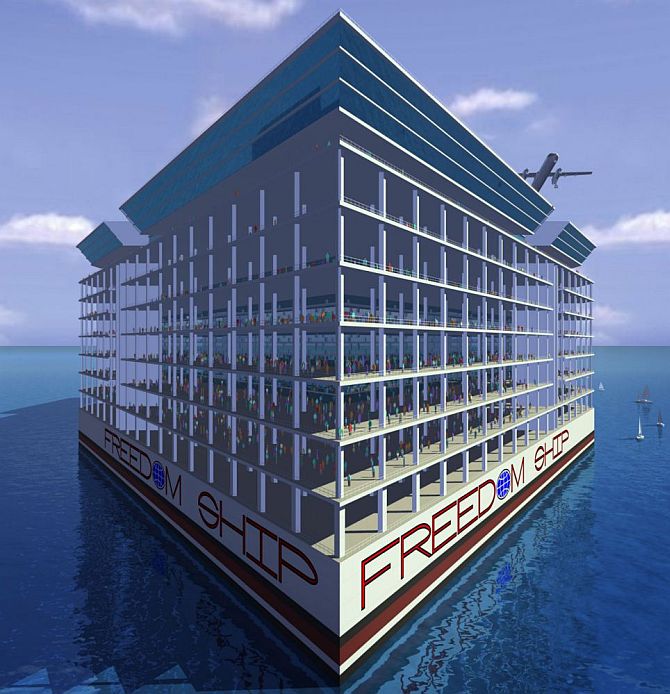 Designers have released a computer-generated pic of the world's first ever 10 billion dollar floating city.

The 'Freedom Ship', which will looks like a multi-storey carpark, is set to be 1.6 kilometre long and will have enough space for 50,000 permanent residents within its 25 storeys, schools, hospitals, art galleries, shops, parks, an aquarium and a casino, News.com.au reported.

The vessel will also have its own airport on the roof, with a runway serving small private and commercial aircraft carrying up to 40 passengers each and will be 229 metres at the beam, 107 metres high and 1.3 km in length.

The ship, which will be powered by solar panels and wave energy, would spend 70 percent of its time anchored off major cities and the rest sailing between countries as it would navigate from the east coast of the US across the Atlantic to Europe and into the Mediterranean. 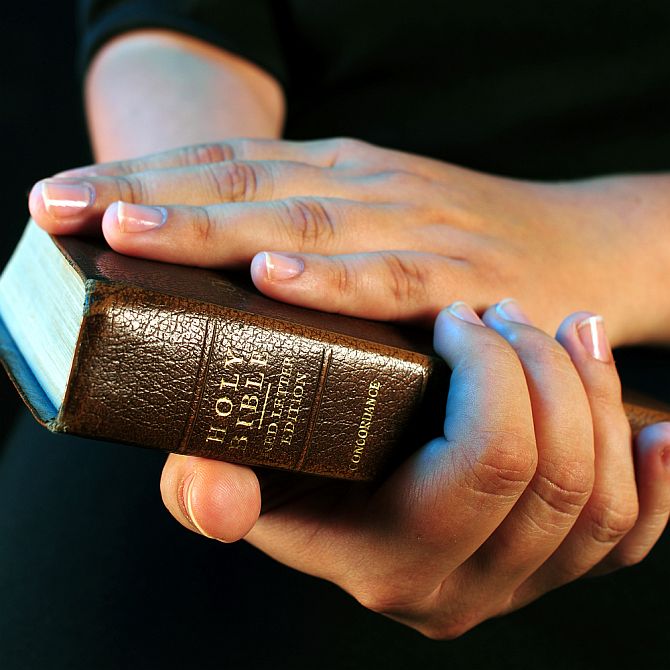 A new diet fad -- 21-day ' God diet' or 'Daniel diet' -- is doing the rounds except that it's not about shedding off the kilos, but about committing to God.

January Rowe, a Baptist, told the Atlantic that she started the diet to support her husband in his new business in whatever way she could, News.com.au reported.

Rowe started the fast, which involves consuming 70 percent fruit and vegetables and 30 percent lean protein and whole grains, and found that she no longer craved sugar like she used to, and felt closer to her husband and God.

The diet has it's origins in the Bible about Jewish noble Daniel , who was captured by the Babylonians and made to serve the king.

When he and his companions were given rich food by their captors, Daniel only eat vegetables, and his diet came to symbolise his resistance to the King's power.

Money does buy happiness, but only up to Rs 22 lakh 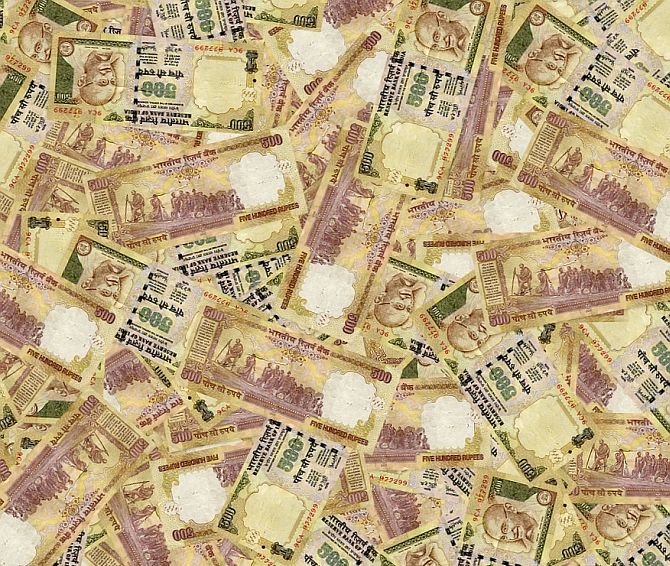 A new analysis led by economists Eugenio Proto in the Centre for Competitive Advantage in the Global Economy at the University of Warwick and Aldo Rustichini, from University of MInnesota found that as expected, for the poorest countries life satisfaction rises as a country's wealth increases as people are able to meet their basic needs.

However, the new surprise finding is that once income reaches a certain level -- around 36,000 dollars, adjusted for Purchasing Power Parity -- life satisfaction levels peaks, after which it appears to dip slightly in the very rich countries.

The researchers found suggestive evidence that this happiness dip in the wealthiest countries is because more money creates higher aspirations, leading to disappointment and a drop in life satisfaction if those aspirations are not met.

The study was published in journal PLOS ONE. 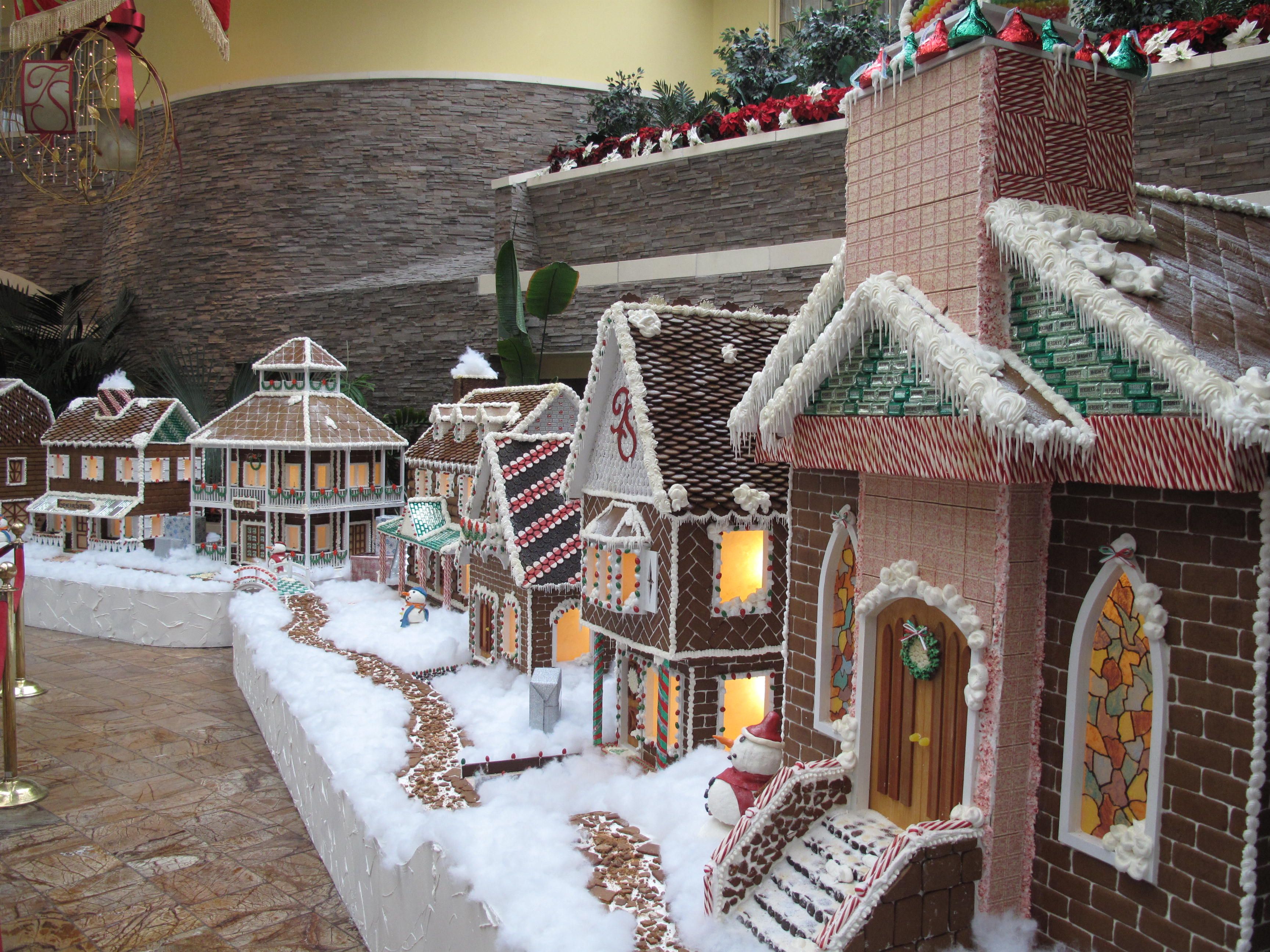 A New York City chef has created a record-breaking gingerbread village using 861kg of icing sugar, 181kg of lollies and over 200kg of gingerbread dough.

The huge sugary display, which weighs more than 1 tonne, is competing to enter in the Guinness World Record as the largest gingerbread exhibit. 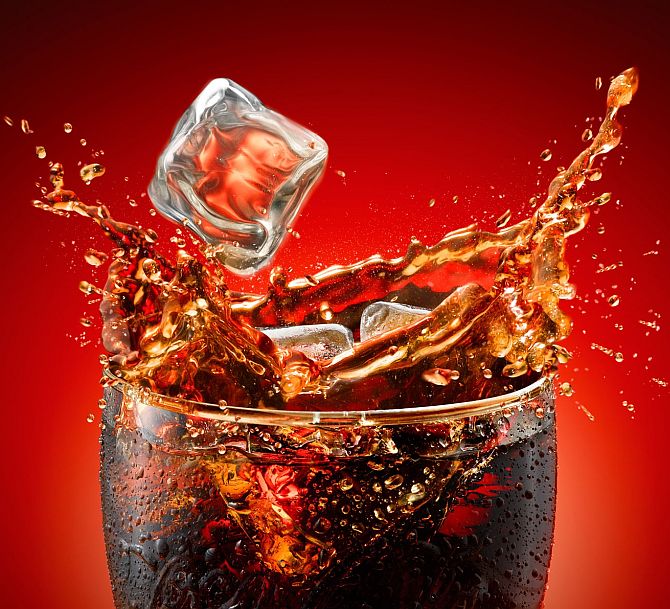 President of the Coca-Cola Company's Europe Group, James Quincey, has confirmed that a large serving of Coke at the movies contains "unnecessary" amount of sugar, 44 tsp sugar to be exact.

During an interview on 'Newsnight', when the show's host asked the coke executive what good Coca-Cola did its consumers, Quincey admitted that the soft drink does have "some" sugar in it, News.com.au reported.

Quincey asserted that the beverage was not a necessity, but millions of people enjoy it as part of their diet.

He added that a regular can of Coke contained 35g or six teaspoons of sugar, similar in calories to "a cappuccino or a half a croissant".

This guy probably has the best job in the world 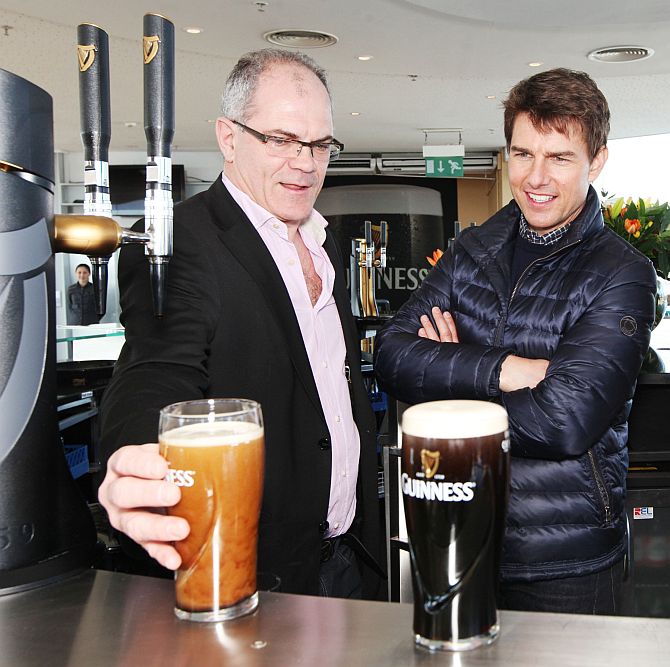 Fergal Murray's job has to be close to being one of the top jobs in the world as the master brewer earns a living travelling the world drinking Guinness.

Murray, who is responsible for the quality of every pint that leaves the famous Storehouse brewery in Dublin, told the Daily Star that although he travels around the world, his job requires lot of hard work too.

He has to make sure that the famous drink, brewed in 51 countries worldwide, tastes as good as it does in the Irish capital.

His job has seen him cross paths with celebrities and royalty and he recently shared his knowledge with Tom Cruise and Barack Obama. 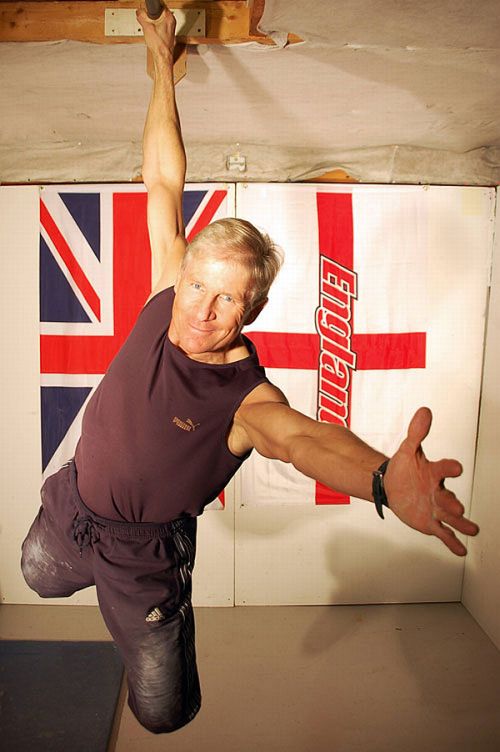 A 61-year-old man currently holds the world record for doing the most pull-ups and chin-ups.

Stephen Hyland holds the record with most chin-ups in 30 minutes, six, 12 and 24 hours and most pull-ups - chin-ups with palms reversed in 30 minutes, one, six and 12 hours.

Hyland of Stoneleigh, Surrey holds eight global records for in set times and plans to break a world record on his 70th birthday, the Daily Star reported.

The super-fit sexagenarian, who has broken more than 80 world-best times down the years, started training hard at the age of 43 and broke his first record when he was 52.

This drone may deliver your next Amazon order 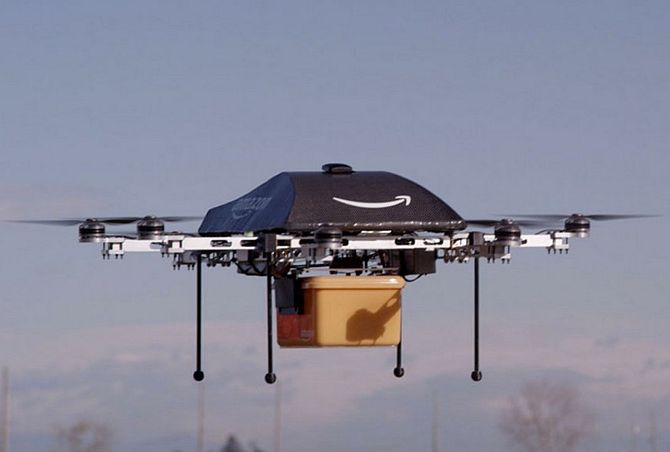 The service called Prime Air would be able to get customers their products in half-hour after they WTF news...