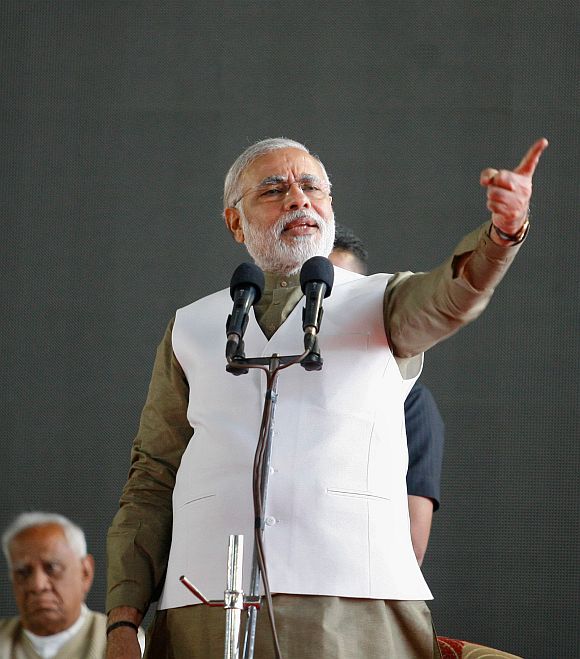 "Modi's appeal is limited to Gujarat. We have seen the hollowness of his campaign in Karnataka elections. He is popular only among people, who like communal politics and communal personalities. But this kind of politics goes against the ethos of India. Common people do not appreciate the communal politics of people like Modi," party spokesperson Shakeel Ahmed said.

Taking potshots at the internal difference within BJP, Union Minister Rajiv Shukla wondered when BJP cannot keep its ten leaders together, how will they keep ministers to function together in government.

He categorically said that Congress has nothing to be afraid of BJP and that it was ready for any fight.

Responding to the BJP's attack that Congress was afraid of Modi, Ahmed said, "this will be answered in 2014. After the results of Parliamentary elections, Shahnawaz Hussain and other BJP leaders will know who was afraid of whom." 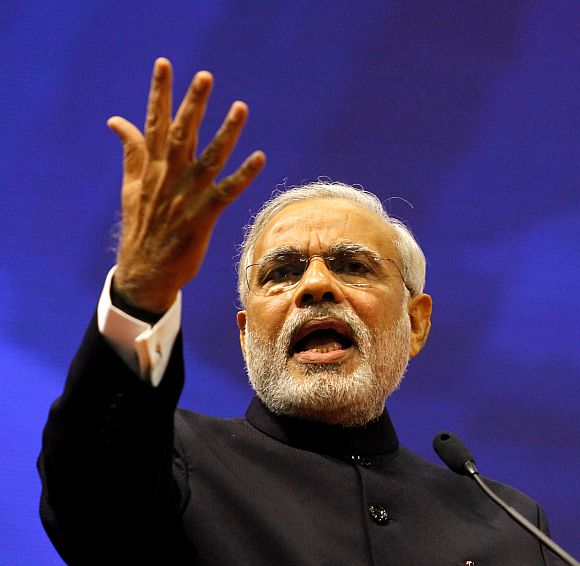 NDA's PM candidate will be decided by NDA: JD-U

Janata Dal-United, which has reservations on Modi, described the latter’s elevation as "internal matter" of the BJP.

"What BJP decides is that party's internal matter. Whom they make the party president or chairman of a particular committee in their party is something that concerns them. He (Modi) has not become NDA's campaign committee chairman," JD-U President Sharad Yadav said.

Yadav, who is also NDA convener, at the same time, said that NDA functioned for 17 years according to its national agenda and "whoever becomes the PM candidate has to accept that national agenda".

"BJP will decide its PM candidate and then it will be brought up before NDA. NDA's PM candidate will be decided by NDA, with BJP and all its constituents," Yadav said, indicating that his party's reservations on Modi as BJP's PM candidate continued. 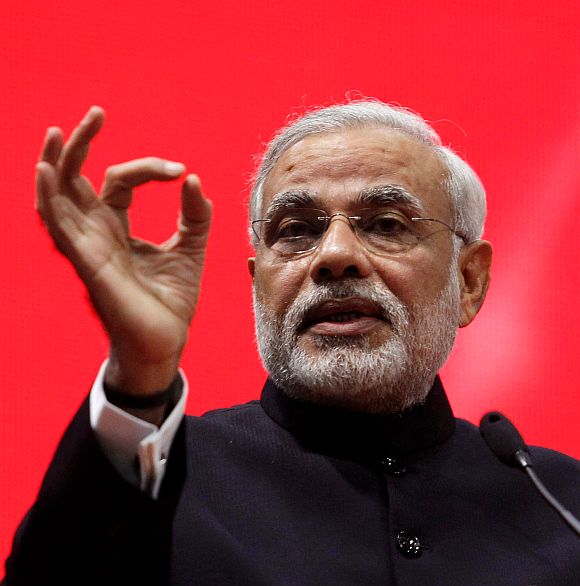 "This (Modi as the chairman...) has already sent shock-waves in the UPA and completely demoralised it, as is borne out by nervous reactions of their leaders," the Punjab Chief Minister said.

The five-time Punjab Chief Minister said that political climate in the country "clearly pointed towards a strong anti-Congress and anti-UPA wave."

The Chief Minister described the development as "a master-stroke" and said Modi's proven hold over the popular imagination combined with the sober and experienced leadership of Rajnath Singh would "prove a deadly combination, too hot for the Congress to handle".

"Modi's proven appeal in the poor and middle classes and Rajnath Singh's stature as a leader of masses, especially of the peasants, are factors that even their opponents cannot contest. We (NDA) are heading towards a landslide win in 2014 polls," Badal said in a statement. 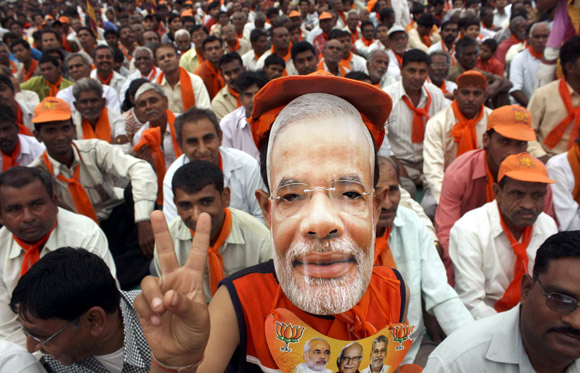 Samajwadi Party said Narendra Modi had no magic to change the fortunes of BJP in Uttar Pradesh in the next general elections and his anointment as BJP's campaign committee chairman will not help the party.

"Even though Modi's elevation was BJP's internal matter but surely Modi had no magic to change the fate of his party in Uttar Pradesh. It will not help the party," SP National General Secretary Ram Asrey Kushwaha told reporters.

"BJP, particularly in Uttar Pradesh, had so many senior leaders than Modi and it was a mystery that what BJP intended to gain by putting him ahead of other senior leaders," Kushwaha said lauding the Akhilesh Yadav government on law and order front.

"We welcome the appointment of Narendra Modi as head of BJP's election campaign committee. We have expressed our good wishes to Modi," Shiv Sena spokesperson Sanjay Raut told PTI. He said party president Uddhav Thackeray, who is abroad, called up Modi and congratulated him.

"Modi is an efficient leader and popular among masses. Appointing him as the head of BJP's election campaign will help the NDA to oust the Congress-led UPA government at the Centre," Raut said.