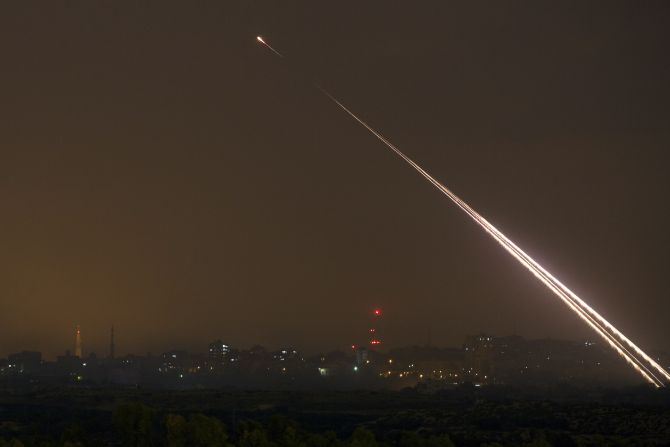 Israel's 17-day campaign in Gaza has claimed the lives of around 720 Palestinians -- mainly civilians -- and 34 Israelis.

Defying mounting calls for restraint, Israeli troops backed by tanks and drones continue to pound Gaza in its operation against Hamas.

As the death toll mounted, UN Human Rights Council has ordered a probe into Israel's offensive on Gaza, while US Secretary of State John Kerry has been meeting both Israeli and Palestinian leaders to try to help negotiate a truce.

But who is behind this offensive that has claimed so many lives? 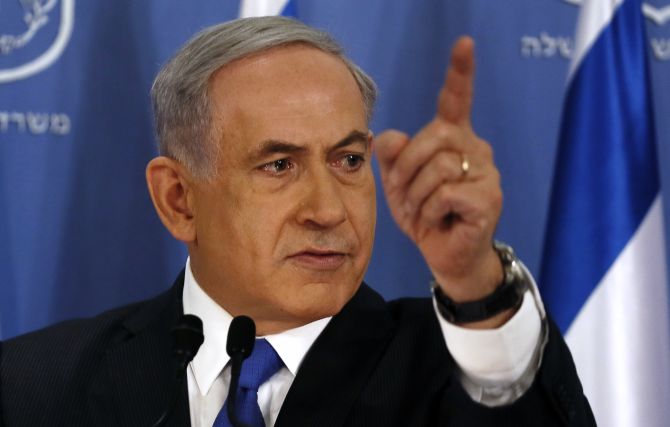 Image: Israeli Prime Minister Benjamin Netanyahu gestures as he speaks during a news conference at the defense ministry in the Israeli coastal city of Tel Aviv
Photographs: Gali Tibbon/Pool/Reuters

Israeli Prime Minister Benjamin Netanyahu made the decision to send in ground forces on July 17 after Hamas, the militant movement that has controlled Gaza since 2007, rejected a cease-fire brokered by Egypt and fired rockets at Israel during a five-hour truce.

“In light of Hamas' criminal and relentless aggression, as well as the dangerous attempt to infiltrate Israeli territory, Israel must act to defend its citizens,” Netanyahu's office said.

Image: Benjamin Netanyahu is seen as a Sayeret Matkal commando in this undated file handout picture from the 1970's, released to Reuters by the Israeli Government Press Office
Photographs: Reuters

Netanyahu entered politics in 1988, when he was elected member of the Knesset by the Likud Party. Before joining politics he served in the Israeli Defence Forces' elite unit, ‘Sayeret Matkal’. He was also part of Operation Isotope 1972 that saw the dramatic rescue of a hijacked Sebana passenger jet.

He went on to become chairman of the Likud Party and its prime ministerial candidate. Netanyahu was elected prime minister of Israel in 1966 and served as prime minister until 1999. He signed the Hebron and Wye Accords, advancing the peace process with the Palestinians.

Netanyahu served in the Israeli Embassy in Washington, DC (1982-84) and as the Israeli ambassador to the United Nations (1984-88). 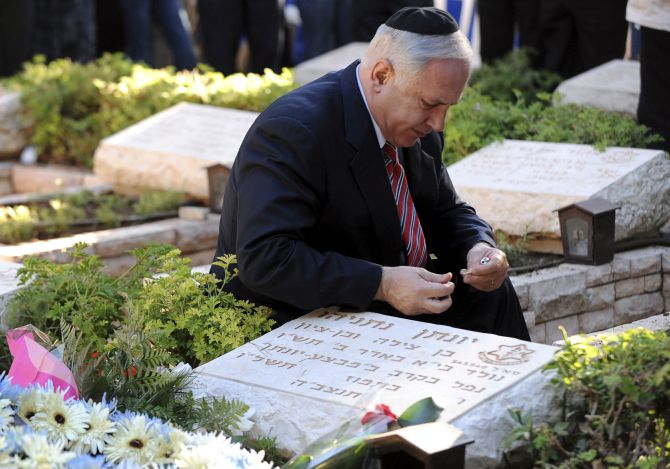 Image: Israel's Prime Minister Benjamin Netanyahu lights a candle by his brother Yonatan's grave during a memorial ceremony for him at Mount Herzl military cemetery in Jerusalem
Photographs: Ahikam Seri/Pool/Reuters

Born on October 21, 1949, in Tel Aviv, Israel, Netanyahu grew up in Jerusalem and spent his teens living in the Philadelphia area.

His father was a noted Jewish historian Benzion Netanyahu, who worked as a professor in Philadelphia.

After a stint in the Sayeret Matkal, Netanyahu returned to the United States to earn degrees in architecture and business administration from the Massachusetts Institute of Technology.

Netanyahu decide to return to Israel after his eldest brother Yoni was killed attempting to free hostages from a hijacked Air France airliner in Uganda. 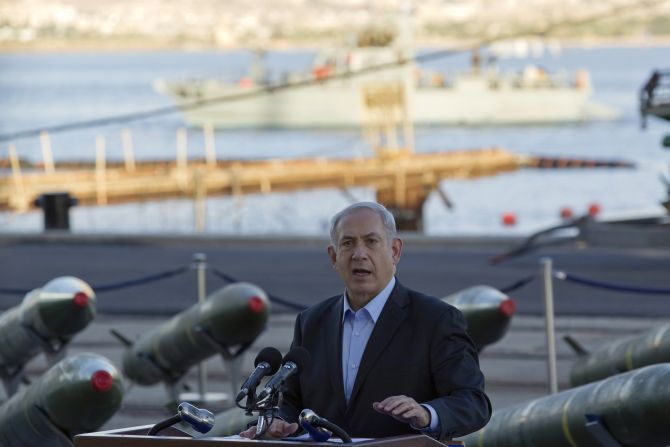 Image: Israel's Prime Minister Benjamin Netanyahu speaks to the media in front of a display of M302 rockets, found aboard the Klos C ship, at a navy base in the Red Sea resort city of Eilat
Photographs: Amir Cohen/Reuters

Benjamin Netanyahu called for a demilitarised Palestinian state that recognised the Jewish state after he sworn as prime minister for a second time in March 2009.

In 2012, during his speech at the United Nations General Assembly, Netanyahu carried a cartoon bomb with him to the dais.

Netanyahu used the cartoon -- of a spherical bomb with a fizzling fuse – to take his anti-Iran rhetoric to a new level. He claimed that Iran had already finished 70 per cent of the uranium enrichment that is needed to build a nuclear weapon.

Iran could have a nuclear weapon ready by next spring or summer, claimed the Israel PM, and urged the United States administration to take action before it was "late, too late".