Sign in  |  Create a Rediffmail account
Rediff.com  » News » Tharoor's back in news. This time for CWG payment 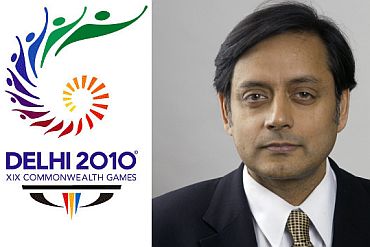 Former Union Minister Shashi Tharoor is back in the news over payment of money by the Organising Committee of the Commonwealth Games for consultancy services.

Tharoor on Sunday described the reports as "malicious", saying that he was "officially, formally and legally paid" for the services rendered by him when he was not in public life.

He also said that he legally retained his foreign bank accounts as all former NRIs were entitled do under RBI rules and that there was no impropriety in doing so.

'The consultancy fee charged was a token sum' 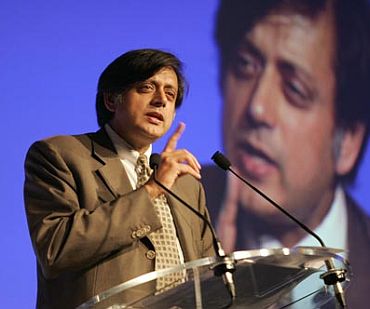 Meanwhile, sources in the CAG, which has sent an audit memo to the CWG Organising Committee, said there have been findings that Tharoor had been paid.

"But the payment is not illegal as it was due to him as part of the consultation fee. We have mentioned it in the audit memo sent to the OC. The final report is yet to be finalised," the CAG sources said.

In a statement, Tharoor, who had to resign as union minister following a controversy over Kochi IPL ownership last year, said the consultancy services were rendered between September 2008 and January 2009 during a period well before he entered public life and when he had no relationship with the government.

"The consultancy fee charged was a token sum, and the total sum paid ($30,000 less taxes) was far below the fee that I used to command even just to make a single speech," the Lok Sabha MP from Kerala said.

'I did not approach the CWG but they sought me out' 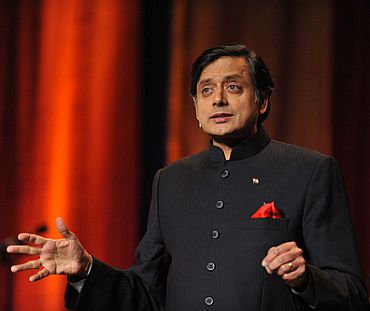 He said he worked as an independent consultant out of New York supporting the CWG for which "I was officially, formally and legally paid".

Tharoor said, "Following my move to India and my entry into public life here, I closed my old office and discontinued any and all remunerative activities related to government institutions."

He said, "I did not approach the CWG but they sought me out in order to have me lend my stature to the promotion of the event. I was a consultant for a national and international engagement and promotion of the Commonwealth Youth Games, not the CWG itself."

'There is nothing illegal, unethical, immoral or improper' 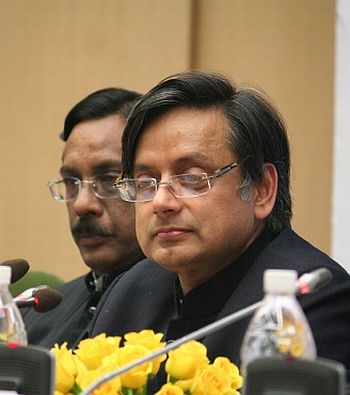 He maintained that he donated a considerable portion of his time and effort including on occasions "using his personal travel".

Tharoor said he attended preparatory meetings and the CWYG itself and addressed various audiences in support of these games, including the assembled athletes from around the world in Pune on the eve of the CWYG.

"In other words, there is nothing illegal, unethical, immoral or improper about my having rendered paid services to a nationally-supported international endeavour," he added.