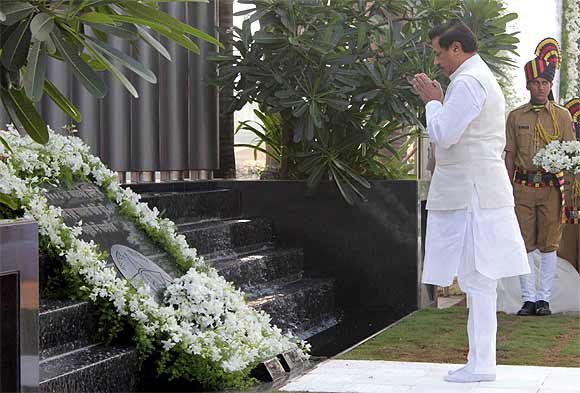 Rich tributes were on Saturday paid to the 26/11 martyrs on the third anniversary of the Mumbai terror attacks by Maharashtra Governor K Sankaranarayanan, Chief Minister Prithviraj Chavan and a host of other leaders.

The governor and chief minister laid wreaths at the police memorial in Mumbai on Saturday morning and observed silence for a while in memory of the 18 security personnel, including then Anti-Terrorism Squad chief Hemant Karkare, who died fighting the Pakistani terrorists during the three-day siege in November 2008. 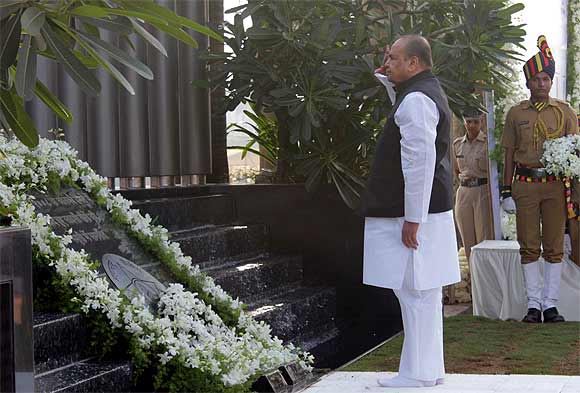 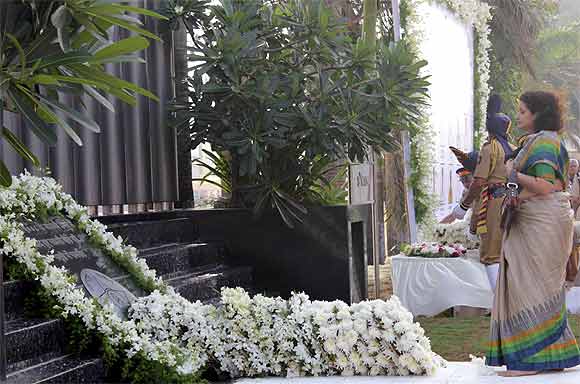 The police memorial in Marine Drive, south Mumbai, will remain open on Saturday for public to enable them to pay respects to the bravehearts.

Kasab, who was caught alive and sentenced to death by a trial court, is currently lodged in the high security Arthur Road Jail in Mumbai.