Band, baaja, memories and some silence mark 26/11 at CST 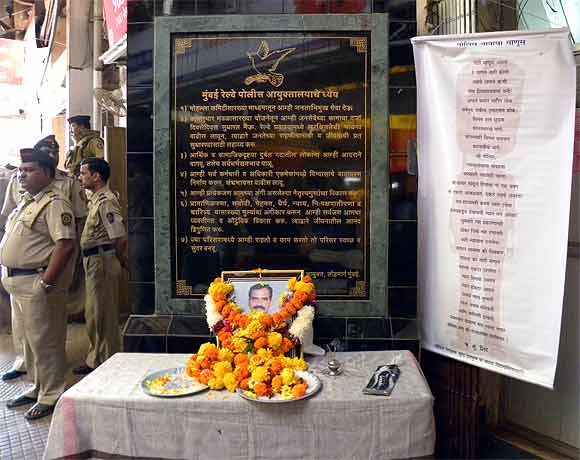 Like any other morning, thousands trudge or hurry in and out of Chhatrapati Shivaji Terminus in south Mumbai.

It is unlikely that any of them have forgotten the 26/11 terror attack -- headlines in bold fonts and news stories playing on loop mode on TV channels would have ensured that didn't happen.

At CST, to mark the third anniversary of 26/11, a blood donation drive is going on. Announcements requesting people to donate blood on the occasion of 26/11 crackle on a microphone.

'We need to give our blood' 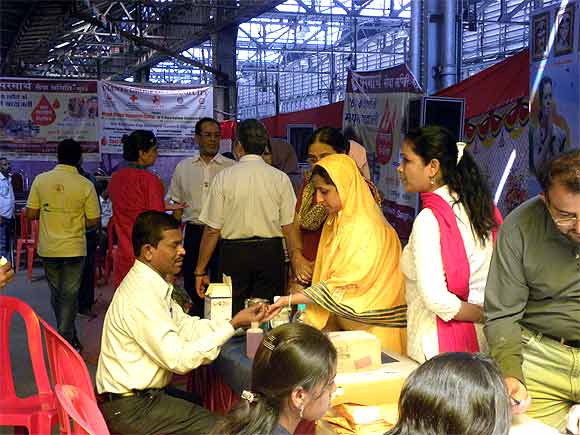 Even those -- who may have missed newspapers or TV channels on Saturday morning -- are reminded by young, enthusiastic volunteers at the blood donation counters of the horrifying events.

"They gave their blood so we need to give our blood," urge the speech makers.

Blood donation counters were set up at 11 stations and 1,200 units of 450 ml of blood were collected today. 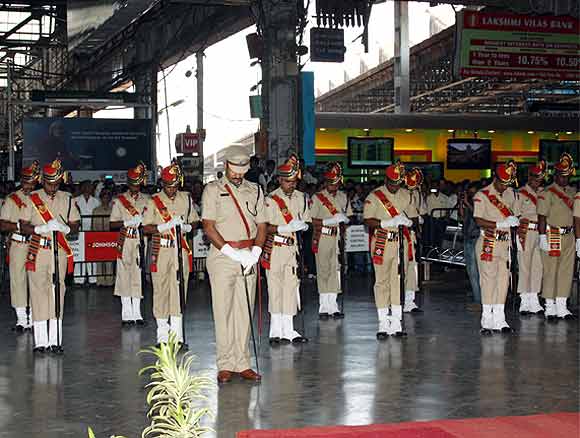 At noon, a ceremony begins in the middle of the railway station, near the station master's office, that halts all commuters in their tracks momentarily.

It is a simple, poignant ceremony. There are no speeches. There is no flamboyance.

A few crisp orders are barked by the troop of Railway protection Force officers assembled there. The RPF police band strikes up their drums and bugles. A medley of songs, ending with a spirited version of Abide with Me, are played.

Some salute, some bow, some kneel 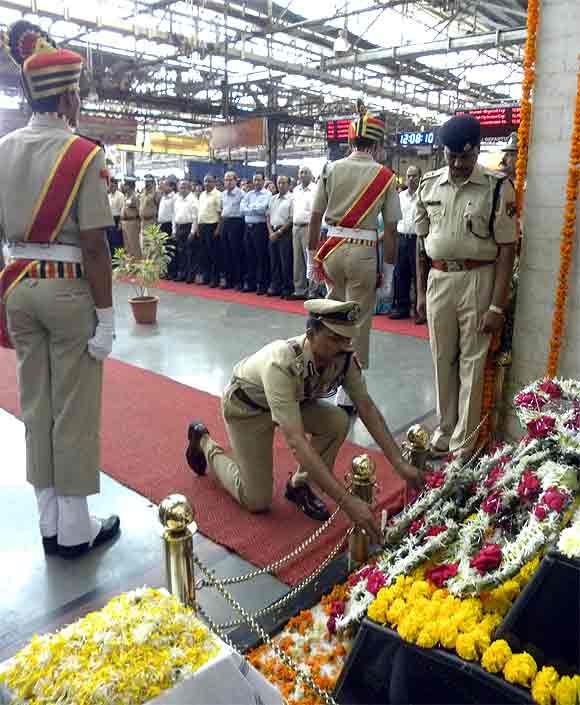 Some salute. Some bow their heads. And some kneel.

Commuters stop, one by one 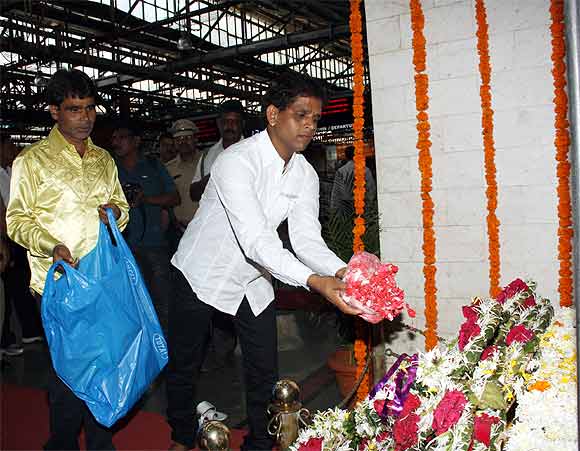 The ceremony is over in about 15 minutes. It takes another 15 minutes to clear the spot of its barricades, carpets and RPF personnel.

Now, just the memorial remains. It is lit up with candles and decorated with wreaths and flowers.

After the VIPs and band departs, the everyday commuters stop, one by one, to pay their respects.

This is how Mumbai chooses to remember 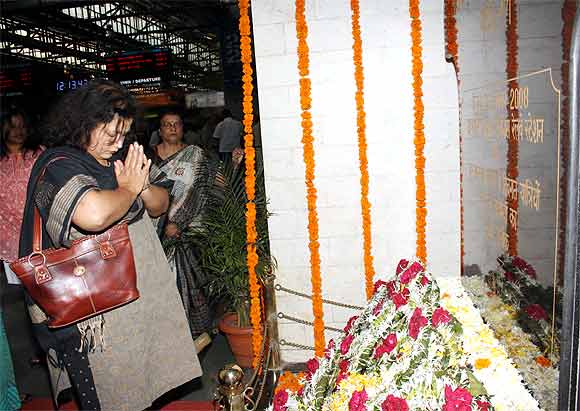 Image: A commuter pays her respects at the CST memorial
Photographs: Hitesh Harisinghani/Rediff.com

"I must pay homage," says Narang Harish, one of them.

They quietly approach the memorial, nod their heads or offer quick prayers and then move on to catch the 1.20 Fast to Kalyan or an express train to Jabalpur.

This is how Mumbai, with its fabled spirit, chooses to remember...