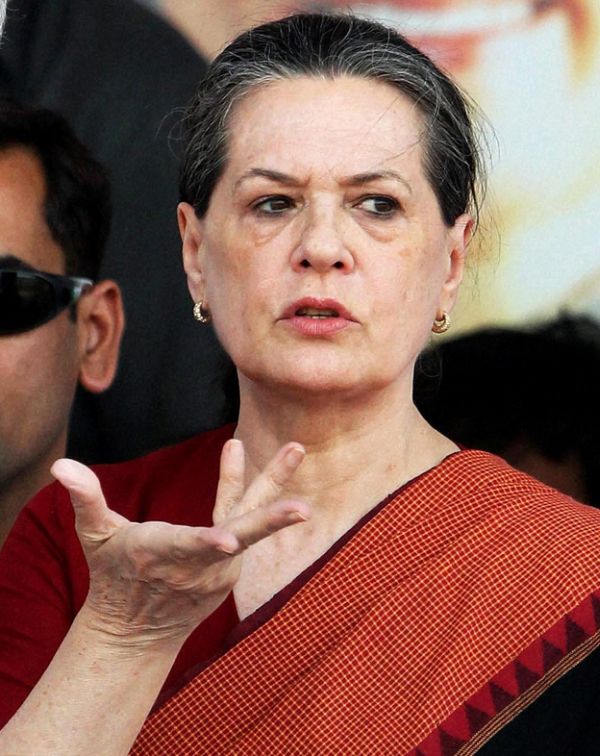 Congress President Sonia Gandhi and her son, party vice-president Rahul Gandhi, are apparently not on the same page with regard to the tone and tenor to be adopted for the ongoing election campaign.

Sonia was not happy with Rahul’s recent remark about Pakistan’s Inter Services Intelligence luring Indian Muslim youth and would like the party to go in for a positive approach by focusing on the United Progressive Alliance government’s inclusive agenda, especially the recently-enacted food and land bills.

Rahul has, for most part, been sticking to this script and has even supplemented it with a dash of emotion with references to his grandmother and father’s assassination.

However, he deviated from it with his ISI remark, thereby generating an unnecessary controversy.

His statement was evoked a sharp response from the Muslim community and was lambasted by the Bharatiya Janata Party with its prime ministerial candidate Narendra Modi demanding that the Nehru-Gandhi scion apologise for questioning the loyalties of the minorities. Under attack from all sides, Congress spokespersons had a tough time defending the party vice-president’s statement. 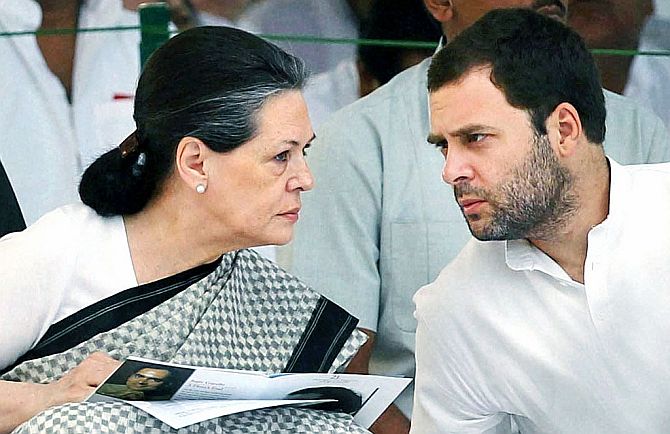 Although there is all-round uneasiness in the party regarding Rahul’s statements, Sonia Gandhi is not inclined to check him as she wants him to evolve and acquire his own style.

“She does not want to spoon feed him… Sonia Gandhi wants Rahul Gandhi to put across his views and ideas and emerge as a leader in his own right,” a senior Congress leader told rediff.com.

However, Congress strategists are not unusually perturbed over the critical barbs aimed at Rahul. They believe his aggressive posture was meant to showcase the ‘real Rahul Gandhi’.

They are convinced that in doing so, the Congress vice-president is not only grabbing headlines and eyeballs but also setting the agenda, forcing Modi to react to his statements.

His spin doctors maintain that Rahul should not be derailed by critical remarks and that making mistakes and stumbling is part of the learning process.

Here, Team Rahul has clearly been influenced by US President Barack Obama’s deputy campaign manager Stephanie Cutter who had spent time with Rahul and his spin doctors when she visited India some months ago. 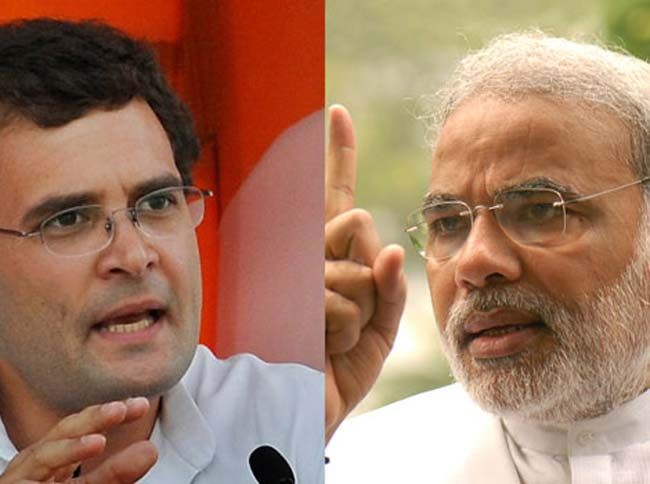 Writing about this interaction in his updated book 24 Akbar Road author Rasheed Kidwai recounts that Cutter told Rahul and his team members how she had served as a one-woman attack squad in the presidential re-election in 2012 and that instead of becoming a popular figure, she became “a polarising face of the campaign, its chief messenger and a loyal soldier who said things that the leader could not or would not say.”

If Rahul’s speeches are anything to go by, it would appear that he has taken Cutter’s remarks very seriously. But instead of leaving the task of playing messenger to his colleagues, the Congress vice-president has taken it upon himself to emerge as a polarising figure.

This could, however, boomerang on the Congress.

In its quest to consolidate the minority vote, it could end up reaffirming Modi’s image as a Hindutva icon, resulting in a counter consolidation of the majority community.

It is precisely for this reason that a large and vocal section in the Congress does not want the ongoing poll campaign to be converted into a “Rahul vs Modi” contest.

The Congress is well aware that the BJP would like the campaign to be “Modi-centric” but it does not want to fall into that trap. It would rather that the 2014 Lok Sabha election is portrayed as a battle between two opposing ideologies and contested on the basis of the UPA government’s flagship programmes like the food and lands bills.

While admitting that there were differing views on the party’s approach on articulating its response to Modi, a senior Congress leader told rediff.com that there was a general consensus that spokespersons and other leaders would name Modi only “when it was absolutely necessary and unavoidable.” 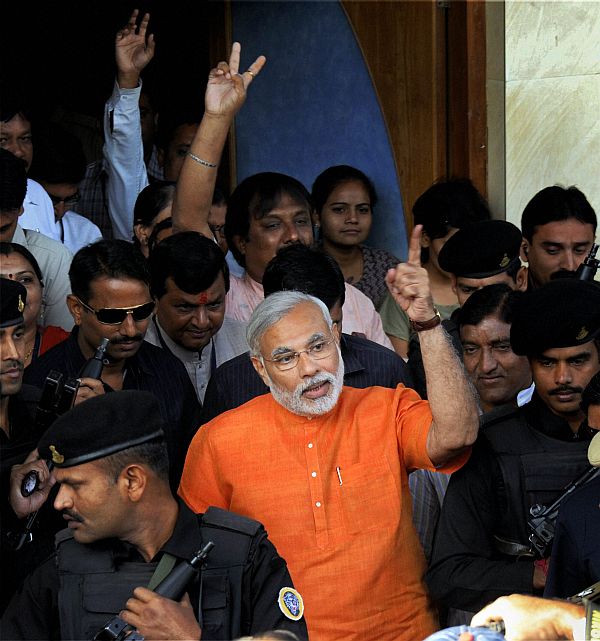 The Congress realises that Modi has been making provocative statements (and will continue to so) in order to elicit a response from the Congress as this keeps the spotlight on him and allows him to set the agenda. Although it well not may not be possible to shut out Modi completely from its campaign, the Congress does not want to him to be the centre piece either.

Consequently, Congress spokesperson P C Chacko took special care not to name Modi at the party’s daily media briefing on Monday. While speaking about Sunday’s blasts in Patna, he made a conscious effort to refer to Modi as the Bharatiya Janata Party’s prime ministerial candidate.

Blaming Modi for vitiating the atmosphere with his negative remarks, Chacko maintained, “The prime ministerial aspirant of the major opposition party of the country since its nomination has only engaged in taking pot shots at all political parties without exception and spreading such suspicion and hatred by his utterances. We request such people to refrain to desist from malicious representation.”

Congress insiders admitted that Modi’s diatribe has left the party scrambling for a befitting response as it has to necessarily strike a right balance. The party obviously does not want to get into a sparring match with Modi but, at the same time, it cannot allow him to get away with his factually incorrect statements.

Chacko’s briefing was a case in point. He did attack Modi in connection with the Patna blasts but without naming him.

“The atmosphere is being vitiated by the negative campaign and negative statements. You know who started it. Again we are not going to take anybody’s name but taking pot shots at parties attacking leaders, abusing the leaders, this kind of campaign, if somebody thinks that is beneficial to them, it is not going to help any party,” he said, adding that one person who has contributed to vitiating this atmosphere is the prime ministerial candidate of the BJP. Each and every statement is a declaration of his attack, his campaign of calumny and distrust and this kind of a thing is not good in our democratic system.

However, maintaining this balance is not proving to be easy. While Congress spokespersons have, by and large, shown restraint, it is difficult to contain other leaders in this era digital media. AICC general secretaries Digvijaya Singh and Shakeel Ahmed, who are active on micro blogging site Twitter, have embarrassed the party on several occasions in the past. For instance, on Monday, Chacko was hard put to defend Digivijaya Singh’s statement that the RSS stood to benefit from the Patna blasts.