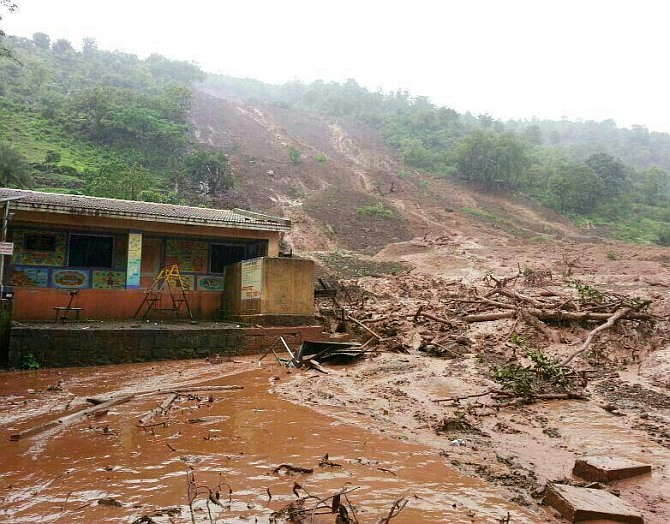 At least 17 people were killed when torrential rains triggered a landslide at a village in Maharashtra's Pune district on Wednesday, burying over 160 as 400 NDRF personnel looked for survivors and bodies in the mud-and-rock debris battling inclement weather.

Officials said the death toll could go up. 14 injured survivors have also been pulled out of the rubble and admitted to a primary health centre nearby, sources at an emergency control room set up at Khed-Manchar told PTI.

An earlier report had said 15 persons were extricated from the debris alive. 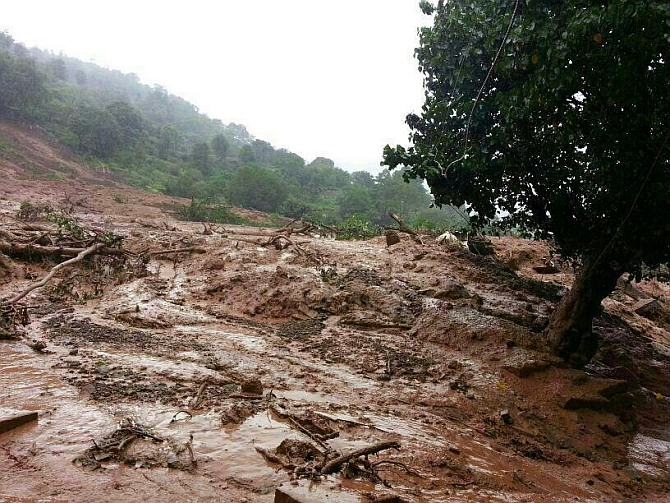 Chief Minister Prithviraj Chavan said over 160 people were believed to be trapped in the 44 houses buried under the rubble after large parts of a hillside collapsed on them on Wednesday this morning.

Union Home Minister Rajnath Singh is expected to visit Malin village, the scene of the tragedy, in Ambegaon taluka of the district, some 120 km from the district headquarters, on Thursday, according to a BJP spokesman.

Prime Minister Narendra Modi condoled the loss of lives in the tragedy and asked Singh to rush to Pune to take stock of the situation.

"The prime minister has condoled the loss of lives in the landslide and directed all possible efforts to help the affected people," a PMO statement said in Delhi. 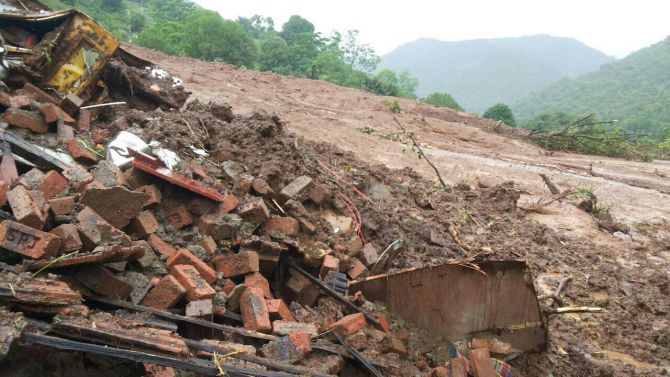 Large earth-moving machinery have been pressed into service but the rescuers are moving slowly to avoid causing harm to the possible survivors, Pune collector Saurav Rao said, adding the operation to clear the rubble was on.

Crowds have gathered at the spot and villagers could be seen moving fallen trees and rocks with bare hands to assist 300 National Disaster Response Force personnel in rescue efforts.

Scores of JCBs, dumpers and ambulances have been pressed into service to clear the rubble and shift the dead and survivors to hospitals, Rao said.

"My condolences to those who have lost loved ones in the landslide in Ambegaon near Pune. I pray that the ongoing rescue efforts rapidly reach those still trapped under the debris. My thoughts and prayers are with the people of Ambegaon," Gandhi said in his message. 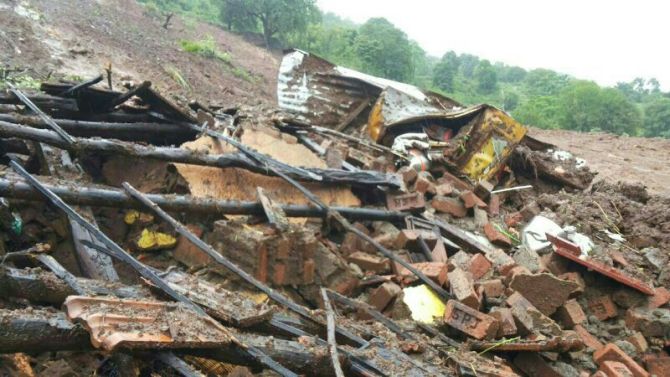 Two Unmanned Aerial Vehicles and nearly 400 personnel of the NDRF have been deployed as well.

The two UAVs have been directed to fly over Ambegaon in Pune to help the on-going rescue operations, a spokesperson of the National Disaster Response Force said.

Nine teams of the NDRF, comprising 378 trained personnel who are equipped with state-of-the-art equipment and communication sets, have also been deployed in the search and rescue operations.

Six more teams of NDRF, comprising around 240 personnel, have been kept in standby at Gandhinagar for further deployment.

Home Minister Rajnath Singh is will meet the affected people and take stock of the situation arising out of the landslide at Ambegaon, official sources said.

Singh will review the rescue operations launched by the district administration with the help of National Disaster Response Force and other agencies.

He is also expected to hold a meeting with local authorities.