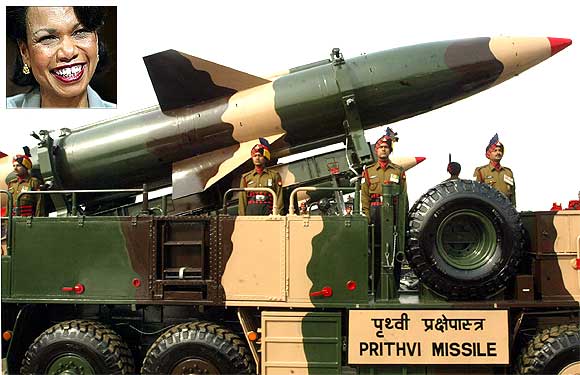 India had deployed nuclear-capable missiles on its western border and refused to budge under United States pressure to hold any talks with Pakistan after the 2001 attack on its Parliament by terrorists from across the border, says former top American diplomat Condoleezza Rice.

And what added to the tension in the White House's Situation Room in December 2001 were the sharp differences between the Pentagon and Central Investigation Agency about the ground realities in South Asia, she writes in her memoir No Higher Honor that is set to hit the stands next week.

While CIA was informing the White House that India was on its way to war, the Pentagon was concluding that it was not the case, Rice, who then was National Security Adviser to the then United States President George W Bush, said. 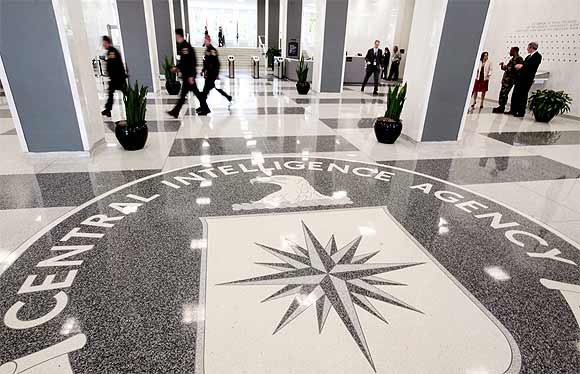 In fact, Rice writes that CIA was speaking the language of Pakistan, which wanted the entire world to believe, in particular the US, that India was ready to attack them.

"The CIA believed that armed conflict was unavoidable because India had already decided to 'punish' Pakistan. That is likely the view that Islamabad held and wanted us to hold too.

"The fact is that after years of isolation from India, a country that had viewed the United States with suspicion for decades, the CIA was heavily reliant on Pakistani sources in 2001," Rice says in her book.

During the eight years of the Bush administration, Rice served as both the National Security Adviser and Secretary of State. "Looking at the same events unfolding on the ground, the Pentagon and the CIA gave very different assessments of the likelihood of war," she said. 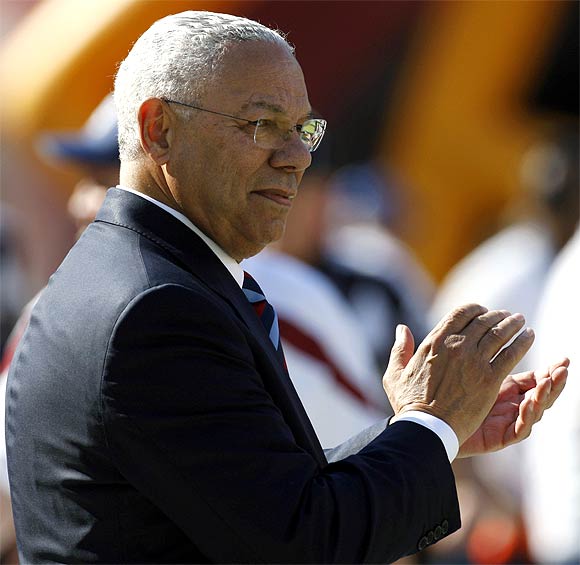 "The US defence department, relying largely on reporting and analysis from the Defence Intelligence Agency, viewed preparations as steps similar to those that any military (including our own) would take given the circumstances. In the Pentagon's view, a build-up was not necessarily evidence of a formal decision to launch an attack," Rice writes.

Rice said the president and the National Security Council principals were frustrated with the ups and downs of the assessment over the next three days. "The defence department and the CIA remained very far apart," she said.

As there was no let-up in the tension between the two neighbours, Rice said the US and Britain joined hands and organised a series of high-profile visits to the two countries with the view that there would be no war as long as some important dignitary was in the region.

"Colin (Powell, the then Secretary of State) and Jack Straw, the then British foreign minister, organised a brilliant diplomatic campaign that could be summed up as dispatching as many foreign visitors to Pakistan and India as possible. 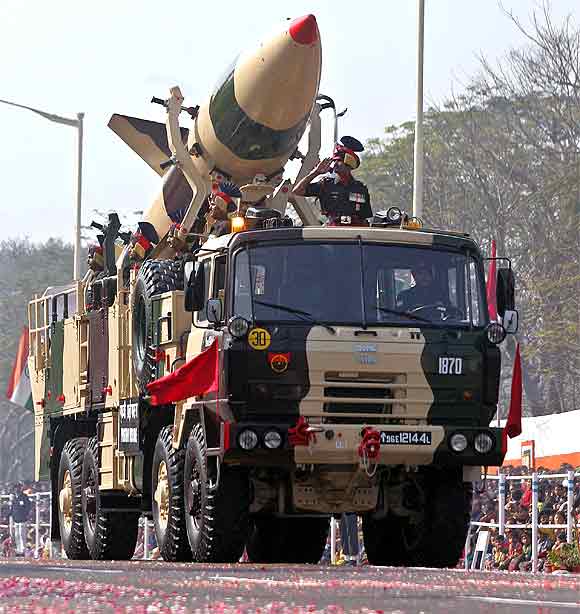 "We reasoned that the two wouldn't go to war with high-ranking foreigners in the region. Every time they accepted a visit, we breathed a sigh of relief. We needed to buy time," Rice writes, recollecting the events of those days.

But the situation continued to deteriorate, she said, adding that by December 23 there were reports of troop movements as well as a disturbing one that India was preparing to move short-range ballistic missiles capable of carrying nuclear warheads to the Indian-Pakistani border.

"We reviewed the list of dignitaries who had been deployed to the region, searching for possible intermediaries through whom we could send messages to the adversaries, and agreed to reconvene the next day," Rice said. 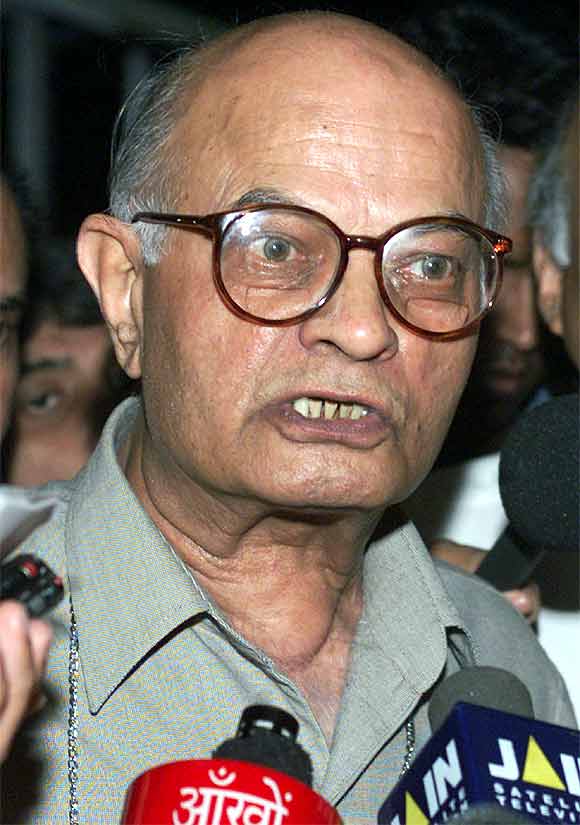 Given the volatility of the situation in South Asia, Rice said she cancelled her Christmas vacation at her aunt's house in Norfolk Virginia and rushed to Washington the next day.

"By December 27 the reports were confirmed: India had, indeed moved nuclear-capable missiles to the border. Colin called Jaswant Singh, the then Indian minister of external affairs, and asked that the two countries sit down and talk. The suggestion was flatly rejected," Rice writes.

With Powell not able to make any headway, Rice writes, she called her Indian counterpart Brajesh Mishra, the National Security Adviser to Prime Minister Atal Bihari Vajpayee. Mishra, who is normally "unfailingly calm and reasonable", Rice said, this time was on edge and agitated. "(The then Pakistan President) 'Musharraf and the Pakistanis have done nothing', he said. War fever was rising in India," Rice wrote.

Rice, however, skipped the kind of conversations she had with Mishra and what transpired between the two top officials, but said that tense situation defused soon. On December 31, Pakistan arrested the founder and leader of Lashkar-e-Tayiba.

"A little over a week later on January 12, Musharraf delivered a televised address condemning terrorism in all forms, rejecting terrorist activity in the name of Kashmir and pledging to ban all terror groups," Rice said.