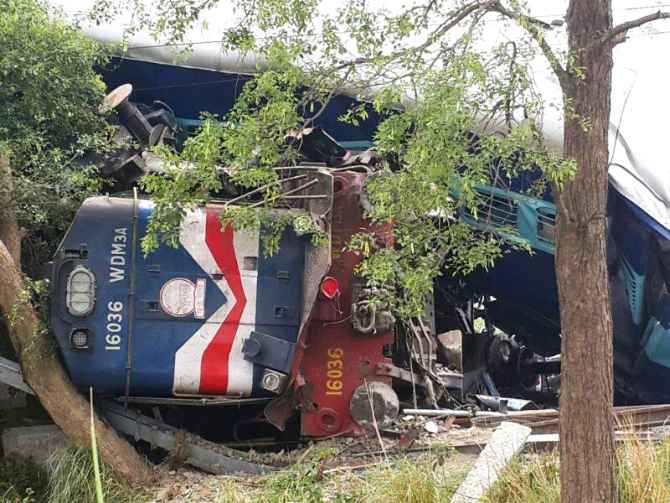 At least 40 passengers were killed and over 150 injured as the Gorakhdham Express, which runs between the cities of Gorakhpur and Hisar via Delhi, rammed into a goods train at Chureb railway station in Sant Kabir Nagar district of Eastern Uttar Pradesh on Monday morning.

According to a railway source, “The accident took place around 10.45 am when the Gorakhdham Express hit a stationary goods train near the outer signal of Chureb railway station. The passenger train was running behind schedule but apparently due to some fault, it was given a green signal to move on even as a goods train was waiting on the same track.” 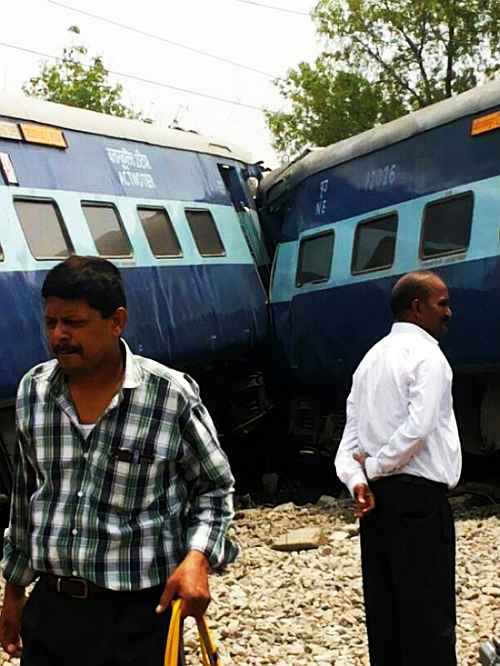 While confirming “at least 40 deaths in the mishap”, the official spokesman at the state police headquarters here did not rule out the possibility of the toll going up in hours to come.

“Since several passengers are still trapped inside the badly mangled coaches, which literally climbed atop the goods train wagons, a higher toll cannot be ruled out,” he told this scribe. According to him, “More than 150 persons are estimated to have suffered injuries.” 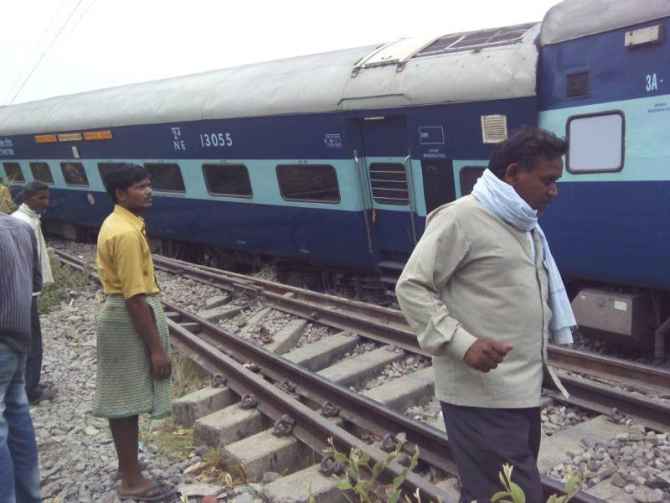 Divisional Commissioner A K Dwivedi, who had reached the accident site told media persons, “Some of the injured were discharged after first aid, and many were sent to the Sant Kabir Nagar hospital about 15 km away, while those with those with grievous injuries were sent to bigger hospitals in Basti and Gorakhpur.”

As many as seven coaches were stated to have suffered the worst impact of the accident. Three of these were air-conditioned coaches, while three were second-class sleeper coaches and one general unreserved compartment.

Besides official machinery, people from the neighbourhood were stated to have volunteered in a big way to help the victims. The railway authorities has rushed a relief train from Gorakhpur, the zonal headquarters of North Eastern Railway, barely 70 km away, from where top officials had reached the site . An inquiry has been ordered into the accident. 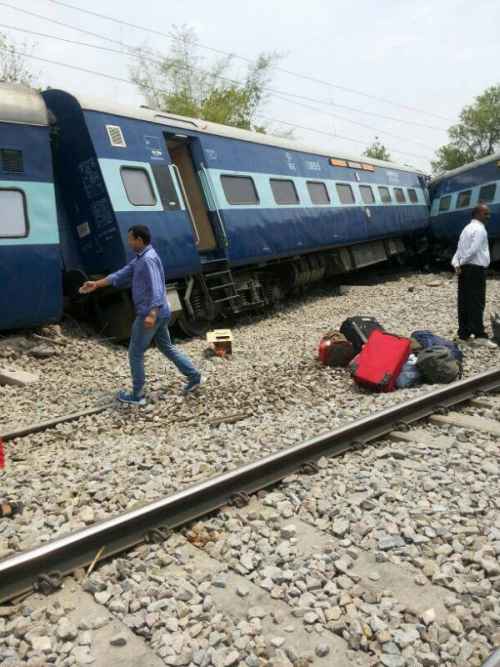 Meanwhile, PM-designate Narendra Modi has offered condolences to families of those killed in the tragedy. He also spoke to the cabinet secretary, and asked him to take an overview of the situation to ensure timely assistance to those injured. “My condolences to families of those who lost their lives in the Gorakhdham Express tragedy. Prayers with the injured,” Modi tweeted.

President Pranab Mukherjee also condoled the loss of lives in the train accident and expressed hope that the administration will take steps to help the affected.

In a message to UP Governor B L Joshi, Mukherjee said, "I am saddened to learn about the train accident in which a number of persons lost their lives and some were injured near Khalilabad in Uttar Pradesh. 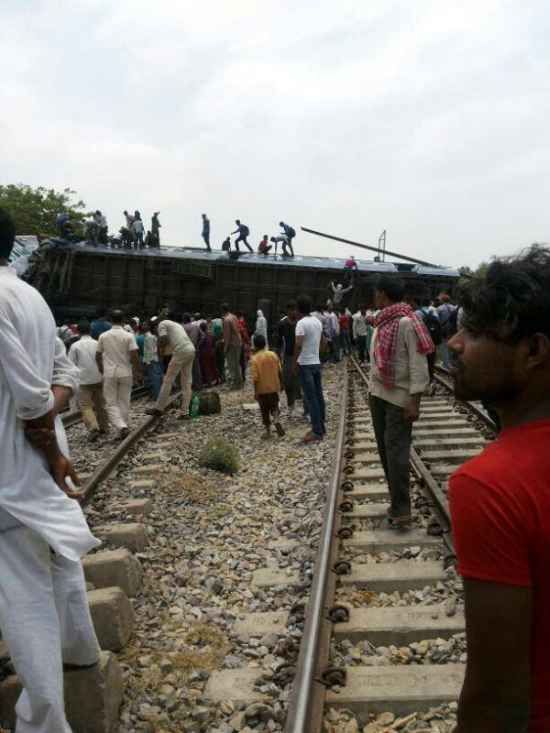 Image: Rescue operations at the site of the accident
Photographs: Sandeep Pal

"I am sure that the state government and other agencies are taking necessary steps to provide urgent medical assistance to the injured and all possible aid to the bereaved families, who have lost their near and dear ones," he said.

UP Health Minister Ahmad Hasan has also flown to the accident site by helicopter. He has ordered free treatment to the injured while the district administration was making arrangements for identification of the dead and for transporting the injured to different destinations. An inquiry has been ordered into the mishap.