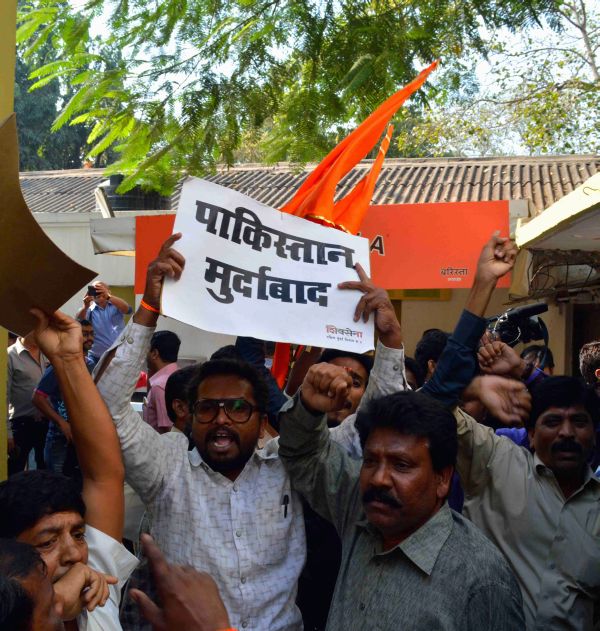 Wielding saffron flags and chanting 'Pakistanis go back' and 'Vande Mataram', Shiv Sena workers on Tuesday barged into a press conference of a music band from Pakistan, heckled the artistes and vandalised the venue, police said.

Twenty Shiv Sena activists, include three women, were arrested and charged with rioting, trespass and preventing public servant from discharging duty. The activists stormed the conference hall at the Mumbai Press Club, heckled the artistes from both countries and overturned chairs before the start of media briefing.

The press invite for the event said, "This is the first initiative of its kind and aims to create positive interaction between the musicians of both India and Pakistan, creating a relationship of mutual benefit, trust and thereby strengthening peaceful ties between the two countries. 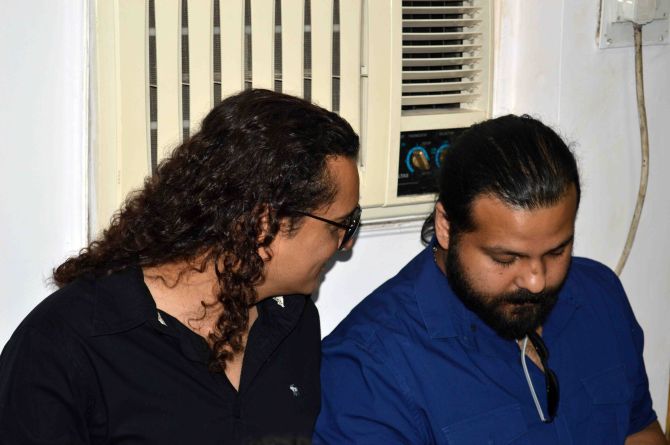 "Together we hope to create music that is of integrity and depth and that stands as a testimony to the power of working in harmony toward a meaningful exchange of ideas and talent. The band looks forward to promoting a sense of camaraderie and confidence between artists on both sides of the border and hopes to act as a cultural beacon for both countries," it said.

As the protesters tore down posters and banners and raised anti-Pakistan slogans, police swung into action and evicted them from the premises.

Club President Gurbir Singh deplored the incident, saying efforts to improve Indo-Pak relations should be welcomed and not thwarted. 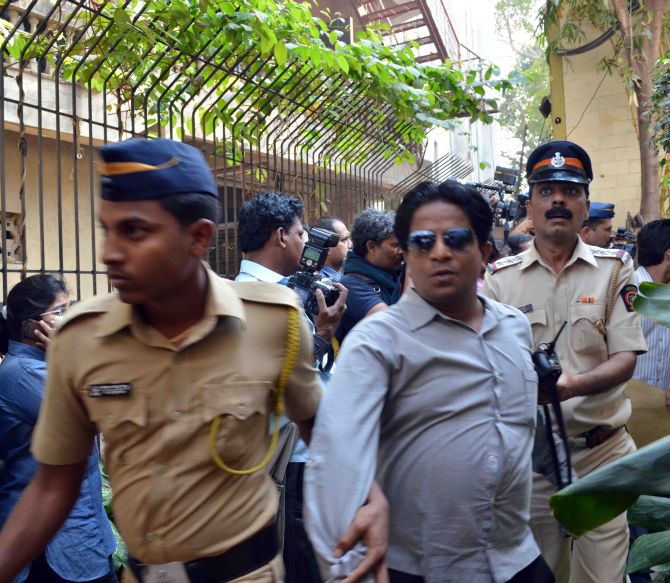 A statement from the club condemned the attack on its premises, saying "Instead of welcoming the initiative aimed at creating trust and thereby strengthening peaceful ties between the two countries, the Shiv Sena tried to intimidate the musicians from Pakistan and India and directed jingoistic venom against them."

"This act of cowardice by Shiv Sena will not be tolerated and (the club) calls upon the police to take severe action against those who have been arrested," the statement said.

"No police deployment was sought for the press conference in advance," he told PTI.

Shiv Sena has been opposing participation of Pakistani artistes in events in India for a long time. It had protested against the inclusion of Pakistani television host and cross dresser Begum Nawazish Ali and actor Veena Malik in Bigg Boss show in 2010 and disrupted a Sindhi Sufi music festival in Delhi last year where artistes from the neighbouring country were present.