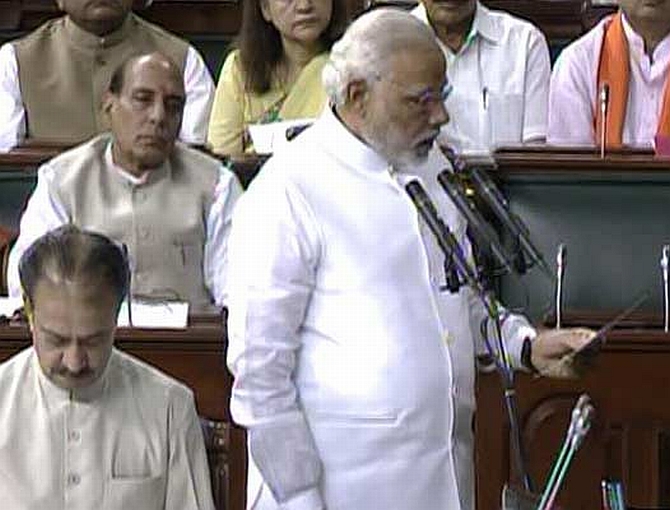 Prime Minister Narendra Modi, several of his Cabinet colleagues and Congress President Sonia Gandhi were prominent among those who took oath as members of the 16th Lok Sabha on Thursday.

Attired in spotless white, the prime minister was the first to take oath amid thumping of desks. He took oath in Hindi in the name of God and was followed by BJP veteran L K Advani.

Advani, Sonia among the first to take oath 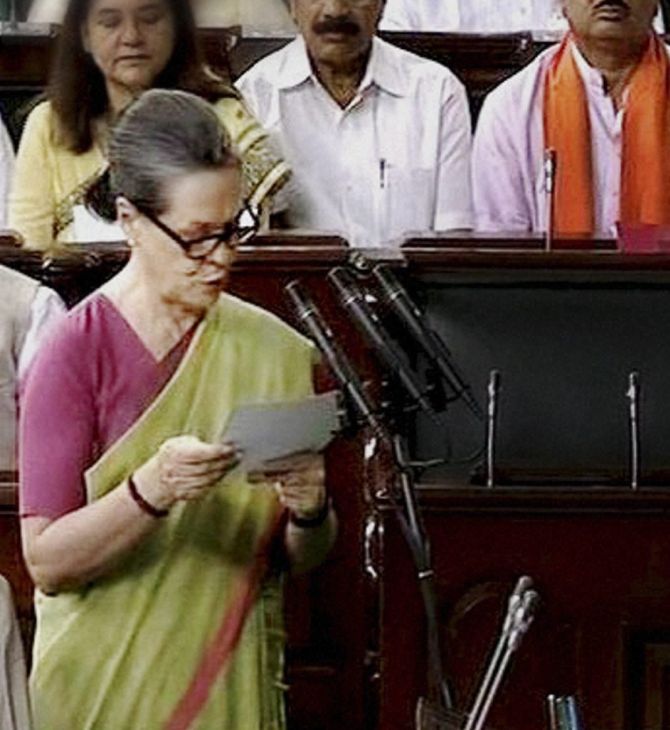 Sonia Gandhi made the affirmation in Hindi and so did minister Ram Vilas Paswan. 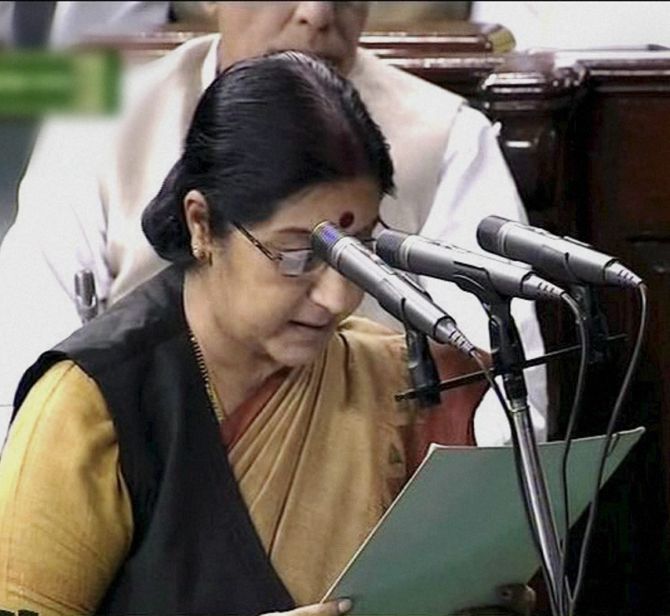 Senior members Arjun Charan Sethi of the Biju Janata Dal, P A Sangma of the National People's Party and Biren Singh Engti of the Congress appointed on the panel of chairpersons by the President to help the protem Speaker Kamal Nath in oath taking process, took oath after Modi, Advani and Gandhi.

Cold vibes between Sonia and Maneka Gandhi were visible during the oath taking as both exchanged pleasantries rather reluctantly.

Nath was the only member who had taken oath on Wednesday as the House was adjourned on the first day of the new Lok Sabha following death of Minister Gopinath Munde on June 3.

Before initiating the oath-taking process, Nath welcomed all members, especially those of the newly formed Telangana and residuary Andhra Pradesh.

After oath taking by members of the council of ministers and members from Andaman and Nicobar and Andhra Pradesh, the protem Speaker called former PM H D Deve Gowda and two former Deputy Speakers Karia Munda and M Thambidurai to take oath.

The PM was present till the members of his council of ministers took oath.