Pakistan: 350 killed in deadly quake, search for survivors on 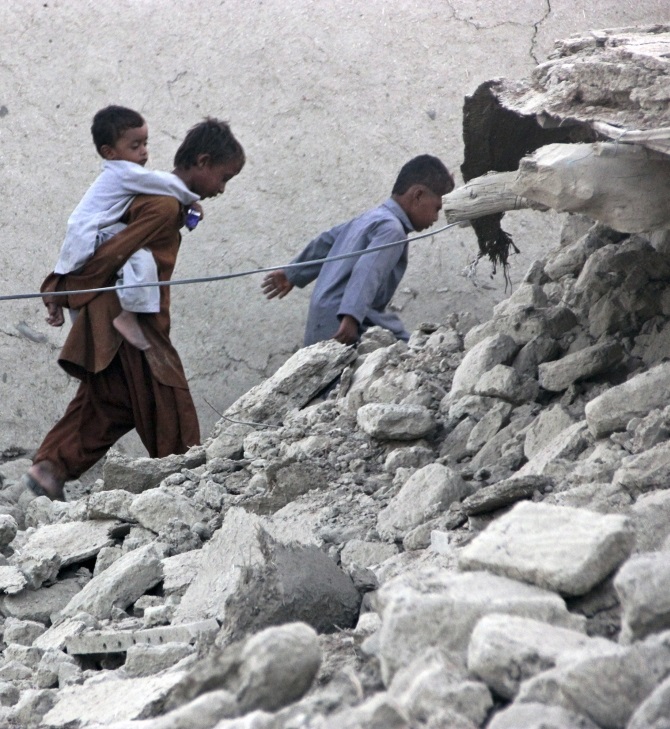 Image: -Survivors of an earthquake walk on rubble of a mud house after it collapsed following the quake in the town of Awaran
Photographs: Sallah Jan/Reuters

Soldiers and rescue teams on Wednesday stepped up their desperate search for survivors in the rubble of thousands of homes flattened by a powerful earthquake that struck Pakistan's Balochistan province as the death toll rose to nearly 350.

Official sources in Quetta, the capital of Balochistan, told PTI that about 350 people were killed by the 7.7-magnitude quake, with a majority of deaths reported from the worst-hit Awaran district.

Maj Gen Muhammad Saeed Aleem, head of the National Disaster Management Authority, told reporters in Quetta he had information of 271 deaths and 246 injured. Other officials said 327 bodies were found in Awaran and Kech districts. 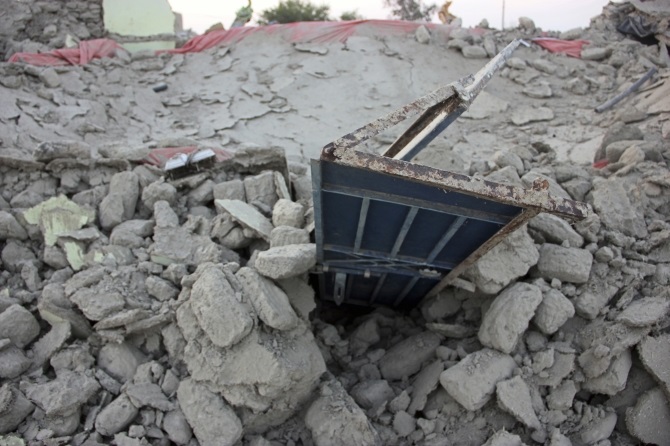 Image: The rubble of a house is seen after it collapsed following the quake in the town of Awaran
Photographs: Sallah Jan/Reuters

According to initial estimates, over 300,000 people have been affected by the quake that hit on Tuesday afternoon. Many people do not have access to food, drinking water or shelter.

The situation has been exacerbated by the hot weather, officials said.

Balochistan Chief Minister Abdul Malik Baloch has declared an emergency in Awaran and five other districts that were among the worst-hit areas.

Over 1,000 Army and Frontier Corps personnel are involved in rescue operations and military officials said more troops were being sent to the affected areas.

A large number of people were rescued from the debris of collapsed mud-brick houses and the injured were given emergency aid by military doctors and paramedics. 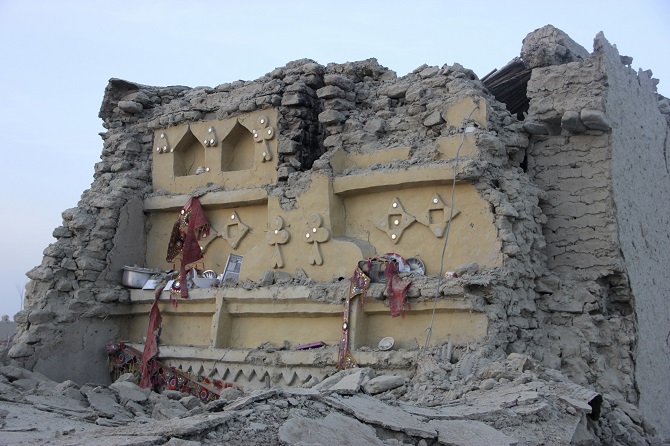 Image: A survivor of an earthquake sits in the rubble of his mud house
Photographs: Sallah Jan/Reuters

Over 1,000 the army and Frontier Corps personnel are involved in rescue operations and military officials said eight tonnes of food and medicines and six helicopters had been moved to the affected areas.

A large number of people were rescued from the debris of collapsed mud-brick houses and the injured were given emergency aid by military doctors and paramedics.

Residents of Awaran said no building in the town, including hospitals, schools and government officials, had remained intact.

Buledi told a news conference that the quake affected six districts and Awaran was the worst-hit area as hundreds of mud houses were destroyed. Aid workers were facing problems in reaching survivors as communication systems were affected by the quake. 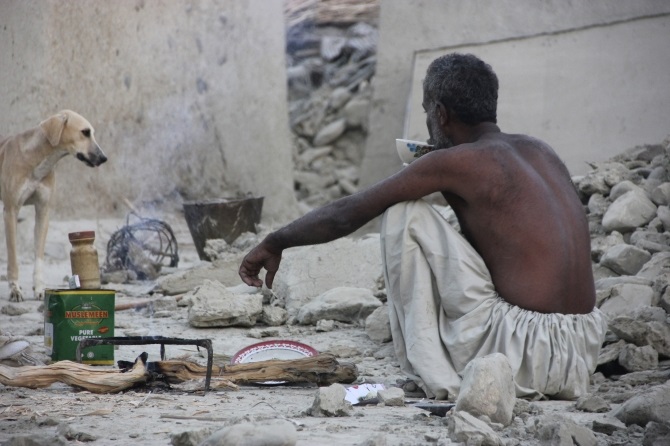 Image: The rubble of a house is seen after it collapsed following the quake in the town of Awaran
Photographs: Sallah Jan/Reuters

"We are seriously lacking medical facilities and there is no space to treat injured people in local hospitals. We are trying to shift seriously injured people to Karachi in helicopters," he said.

Footage on television showed scores of collapsed homes and people sitting in the open beside piles of mud and bricks.

The quake was so powerful that it prompted a new island to rise from the sea off Pakistan's southern coast. The tremors caused the seabed to rise and create a small, mountain-like island about 600 meters off the Gwadar coastline along the Arabian Sea.

A large number of people gathered near the coast to see the island. 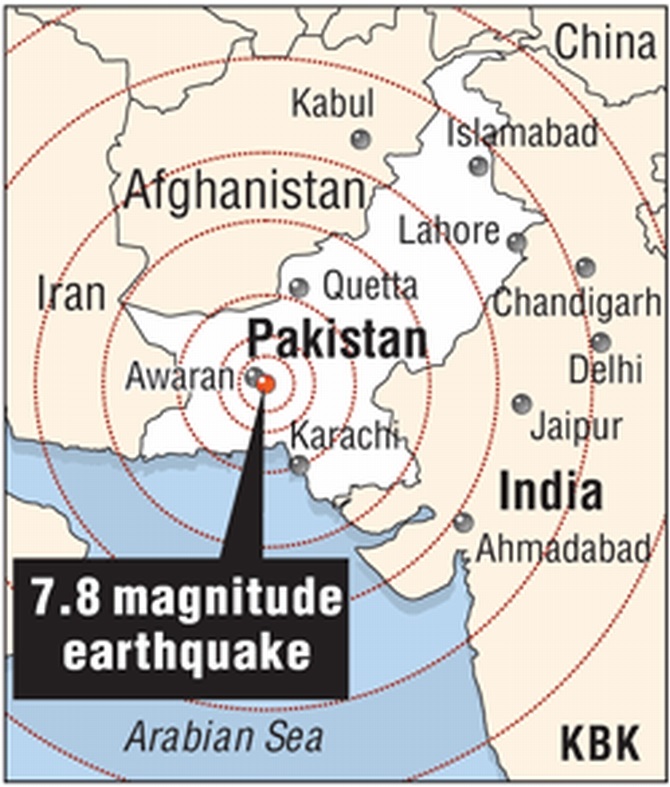 "The island popped up soon after the earthquake. Our staff in Gwadar has reported that the island is about one-and-half kilometres away from the coast," said Asif Inam, the Principal Scientific Officer of the National Institute of Oceanography.

This was the third time in 15 years that such a phenomenon has occurred along the Balochistan coast.

The quake was felt as far away as Karachi, Lahore and New Delhi. Aftershocks continued to be felt in Pakistan, and the latest one measuring 4.7 on the Richter scale jolted parts of the country on Wednesday.

The quake was Pakistan's deadliest since the devastating temblor of 2005 that killed some 75,000 in the Kashmir region. Balochistan comprises about half of Pakistan's territory but is the country's least populated and least developed province.