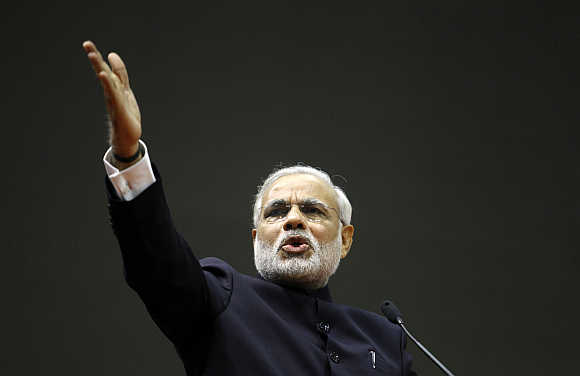 Gujarat Chief Minister Narendra Modi has said that he had done "absolutely right thing" in 2002 when the state was hit by riots and that an SIT set up by the Supreme Court had given him a "thoroughly clean chit".

In a rare interview to Reuters news agency in his official residence in Gandhinagar, the first since he was appointed the chief of the Bharatiya Janata Party election campaign committee in June, Modi was asked if it was frustrating when many people define him by 2002.

He responded by saying that he would feel guilty if he had done something wrong.  "Frustration comes when you think 'I got caught. I was stealing and I got caught.'  That's not my case."

'SC appointed SIT has give me a thoroughly clean chit' 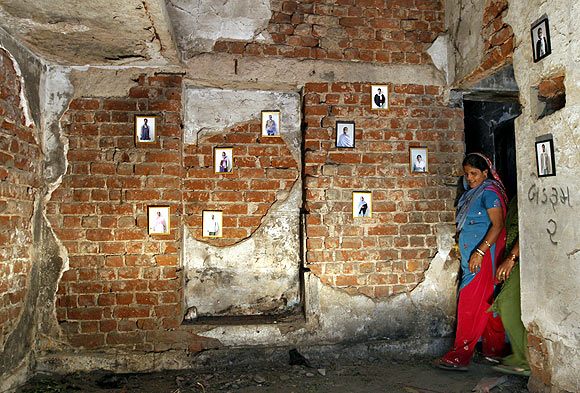 "Another thing, any person if we are driving a car, we are a driver, and someone else is driving a car and we're sitting behind, even then if a puppy comes under the wheel, will be painful or not?  Of course, it is.  If I'm a chief minister or not, I'm a human being.  If something bad happens anywhere, it is natural to be sad." 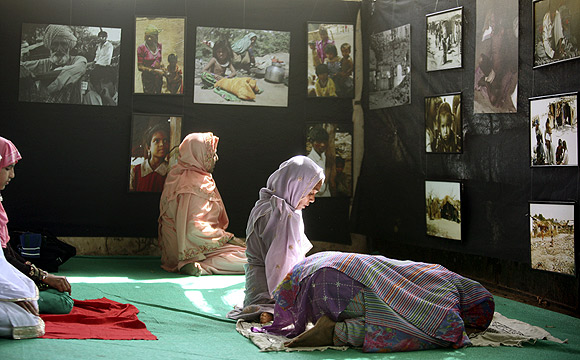 Modi was asked if he had done the right thing in 2002.

"Absolutely. However much brainpower the Supreme Being has given us, however much experience I've got, and whatever I had available in that situation and this is what the SIT had investigated," he replied.

Answering a question about being regarded as a polarising figure, Modi cited the example of Democrats and Republicans in the US to emphasise that polarisation was "democracy's basic nature".