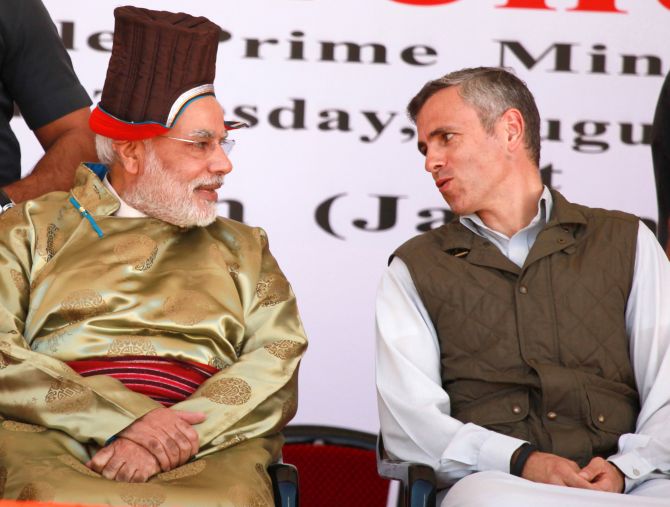 Prime Minister Narendra Modi arrived in the Leh town of the cold desert frontier region of Ladakh on Tuesday morning on a one-day visit. 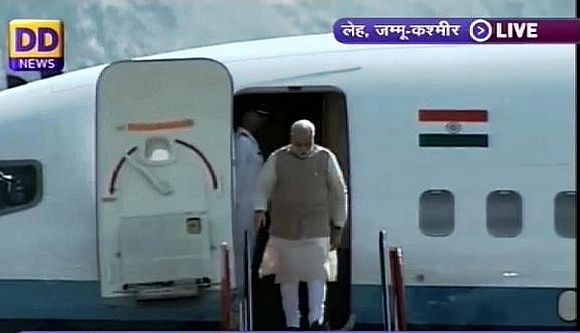 On Tuesday, the PM began his visit with Leh, where he is addressing army officers and jawans, who guard the border at a very high altitude, including the world's highest battlefield in the Siachen glacier He will inaugurate the 45-MW Nimoo Bazgo power station in Leh and then address a public rally in the Buddhist dominated down. The rally venue has been tastefully decorated for the visit.

He will later fly to the Muslim-dominated Kargil region where he is inaugurating 44 MW Chutak power project followed by a rally. The rally venue has been bedecked with arches and buntings for the visit. Modi is the first prime minister visit Kargil after the 1999 war.