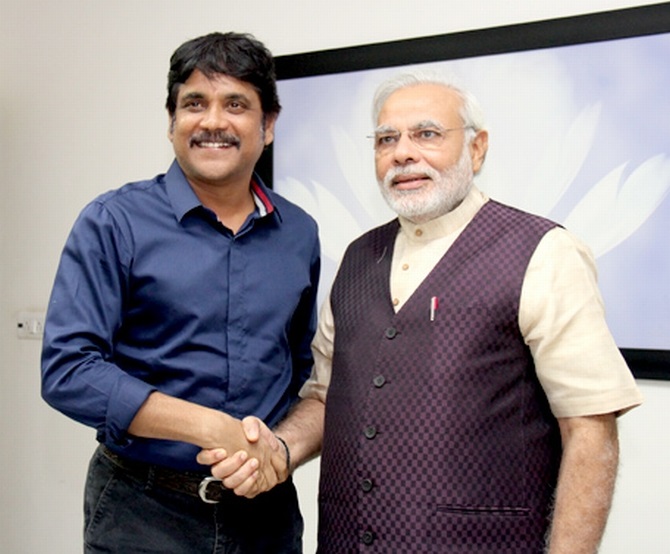 Telugu movie star Akkineni Nagarjuna, who has also starred in several Hindi movies, met Bharatiya Janata Party's prime ministerial candidate Narendra Modi in Ahmedabad and announced that India needed a "change" which Modi as the rime Minister should usher in.

"I would like Modi to become the PM and expand the Gujarat model of development across the country," Nagarjuna said after an hour-long meeting with the Gujarat chief minister.

However, Nagarjuna maintained that he would not enter politics and did not seek a Lok Sabha ticket either for him or his wife Amala.

"All stories in the media about our seeking election tickets are baseless. We have not sought and will not seek tickets," Nagarjuna, son of late Telugu thespian Akkineni Nageswara Rao asserted. 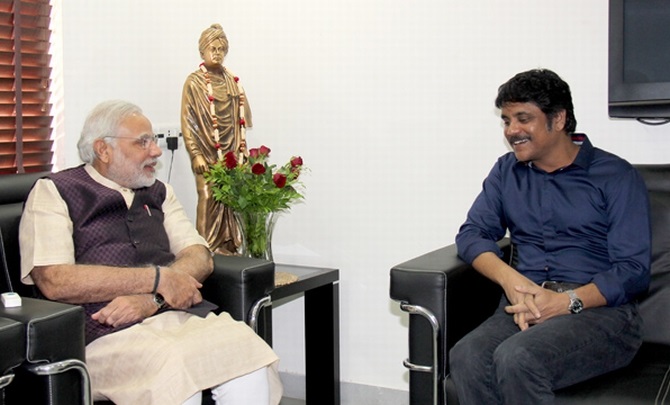 Those who know Nagarjuna closely said that he has a knack of getting close to those in power, without actually taking part in politics or endorsing any party. 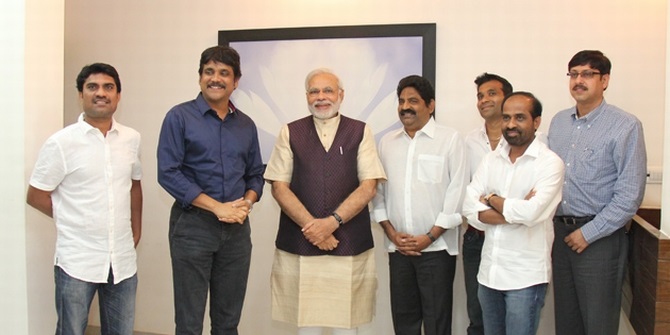 He was close to Chandrababu Naidu when the Telugu Desam Party was in power and later he was close to Y S Rajasekhara Reddy when he took over as Andhra Pradesh chief minister, but remained silent after YSR's death.

For the record, Nagarjuna said that he met Modi only to know more about Gujarat's development. "I was amazed to see Internet and also Wi-Fi even in a village. There is uninterrupted power supply across Gujarat, whereas the place where I live in Jubilee Hills, Hyderabad, has a three-hour power cut," Nagarjuna said.

"I was also amazed to see a river front in Gujarat, which I have seen only in China and some other countries. It will be nice if Narendra Modi becomes the prime minister and translates this development to other parts of the country as well," Nagarjuna said.