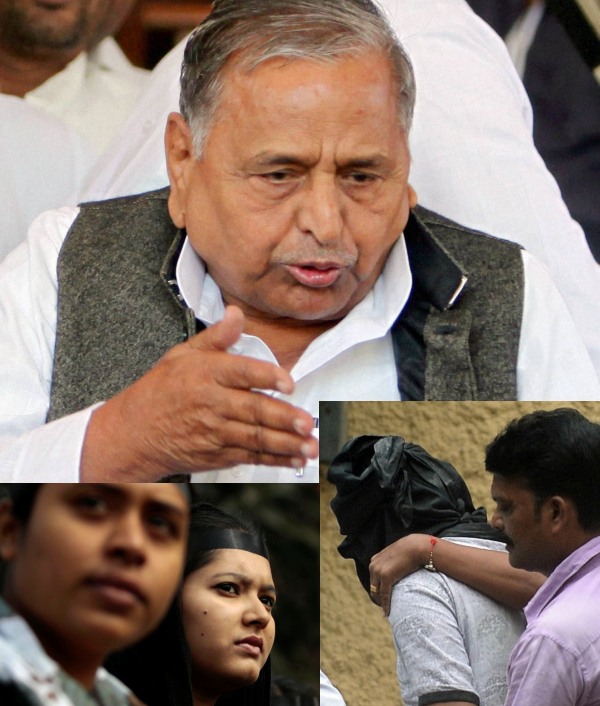 Seeking to wriggle out of his controversial remarks on rape, Mulayam Singh Yadav on Friday said "no one respects women more than Samajwadi Party" but stuck to his stand that the "wrong" anti-rape law should be amended.

"Today there is nobody in the country who respects women more than Samajwadi Party," the SP supremo said at elections meetings.

At the same time, he said, "We will not let the wrong (anti-rape) law to continue..."

Unfazed by the criticism, the former Uttar Pradesh Chief Minister maintained that there was a need to change the new anti-rape law so that those misusing it are punished.

At his poll meetings on Friday, he said there was a debate going on the world over on the issue of capital punishment and several countries have banned it.

"There should be debate on the same in India also," he said.

"We will not let the wrong law to continue...all those lodging fake cases and who are behind them should get punishment," he said, adding that there are several people facing life sentences.

Advocating that those who file fake rape reports needed to be "severely punished", Yadav said "sternest of actions" should be taken in rape cases, but innocents should not be framed.

Questioning the death sentence to three men who were convicted of two gang-rapes in Mumbai recently, he had on Thursday asked, "Should rape cases be punished with hanging?”

"What have I said (is it) wrong? Whosoever lodges fake report should be punished. Today there is a debate going on in the country on my remarks and it is good as results would come out of such debates in democracy... people have started talking in my favour on this issue," he said on Friday while clarifying his rape remarks.