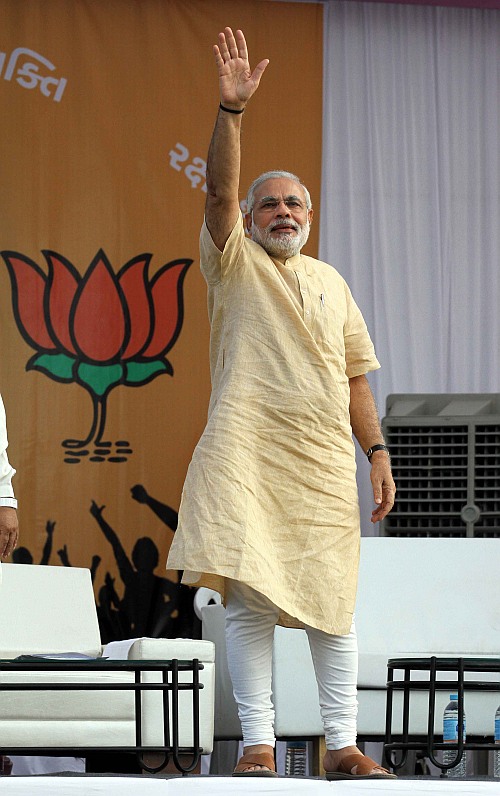 Even as the Bharatiya Janata Party (BJP)’s prime ministerial candidate, Narendra Modi, gets ready to address a minimum 90 Bharat Vijay public rallies in Uttar Pradesh and Bihar in the coming weeks, the party’s internal intelligence reports suggest its biggest strength is proving to be a weakness in the two states.

“This individual-centric campaign, rather than talking of the party’s ideology and policies, is hurting us. It is becoming a weakness at a time when other parties are getting aggressive,” said a party leader from Bihar.

Sources say Modi has struck a chord among voters but the party now fears the Modi phenomenon might not get it the kind of votes it expects from its non-traditional voters among OBCs and Dalits.

“Modiji cannot possibly be in UP and Bihar all the time. In these two states, our main opponents are regional leaders, who only need to focus on their one state. Then, these regional parties are not just about individuals, but stand for interests of particular caste groups, which is a message easier to send across to voters than our message of Modi’s iconic leadership,” said a party source. 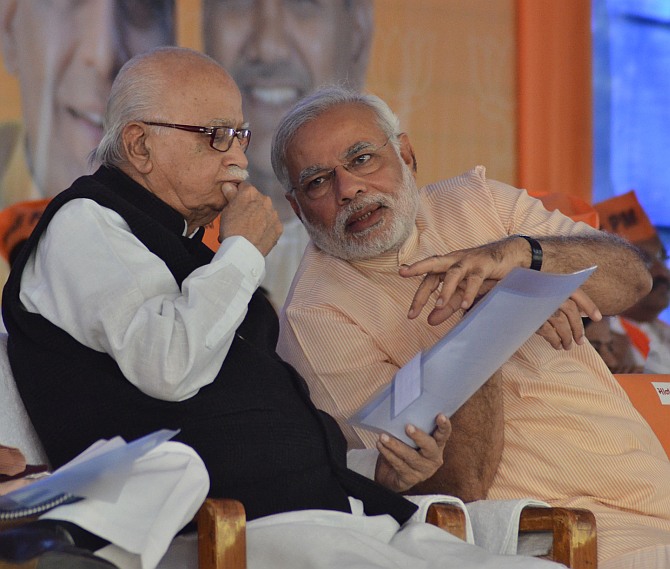 Both, UP and Bihar party units and candidates, want more Modi rallies in their areas in the coming days. However, the damage might be difficult to repair, considering the party effectively has only one star campaigner.

In Bihar, the BJP’s revised estimate is that it would, in alliance with Ram Vilas Paswan’s Lok Janshakti Party, struggle to get 20-odd seats, out of 40. Until a fortnight back, the BJP top leadership was confident of reaching between 25 to 30 seats.

Similarly, UP is proving to be equally difficult. The party has revised its estimate of UP from the high of 40 to 50 seats (out of 80), to 25 to 30-seats. “We now think the BSP and BJP would be neck and neck in UP,” said a source, adding that Samajwadi Party had also gained momentum in the last couple of weeks.

Over the past year, the triumvirate of party president Rajnath Singh, OBC leader Kalyan Singh and UP in-charge Amit Shah stitched caste alliances across the state. They offered to the electorate, an election campaign based on the issue of development, with its subtext of religious polarisation and caste alliances. 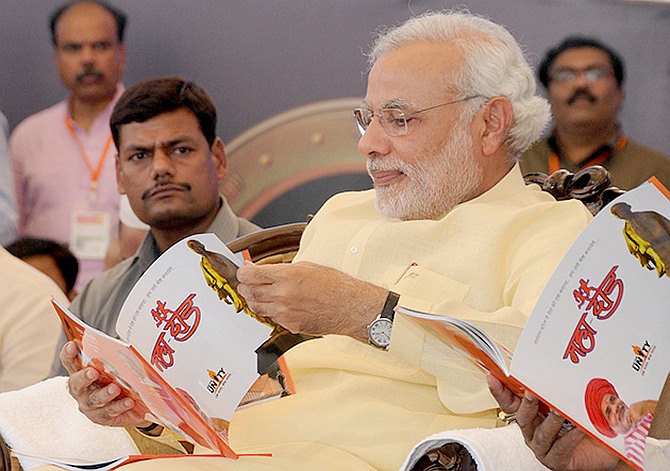 But local conditions are upsetting the BJP's calculations in UP. There is resentment among party workers, with its leadership “importing winnable candidates” from other parties like Brij Bhushan Sharan Singh (Kaiserganj), Jagdambika Pal (Domariyaganj), S P Singh Baghel (Firozabad) and Shyam Charan Gupta from Allahabad being some of the examples.

The treatment meted out to senior leaders, particularly Jaswant Singh, has left a bad taste among the party’s supporters.

A section of the leadership now believes Modi, as part of a ‘forgive and forget’ approach, should even abort his Pachpadra (area/village) rally in Barmer, the seat where Jaswant is contesting as an independent against BJP’s recent import from the Congress, Col. (Retd) Sona Ram Choudhary.

In UP, its Brahmins, who account for nearly 10 percent, are unhappy at what they believe is their increasing marginalisation by Thakurs (Rajputs) in the BJP.

It was the support from the Brahmins that helped Mayawati add that extra few per cent to her Dalit and Muslim alliance to form the government in Lucknow in 2007.

The Samajwadi Party repeated that in 2012, getting a majority on its own, thanks to its caste alliance of Yadavs-Muslims and Brahmins. The BJP, if it is do well in the state, banks heavily on getting a consolidated upper caste vote.

But both, SP and BSP are reaching out to Brahmins, who have been kingmakers in UP in the last two elections.