Sign in  |  Create a Rediffmail account
Rediff.com  » News » 'Israel won't be happy with what India has done' 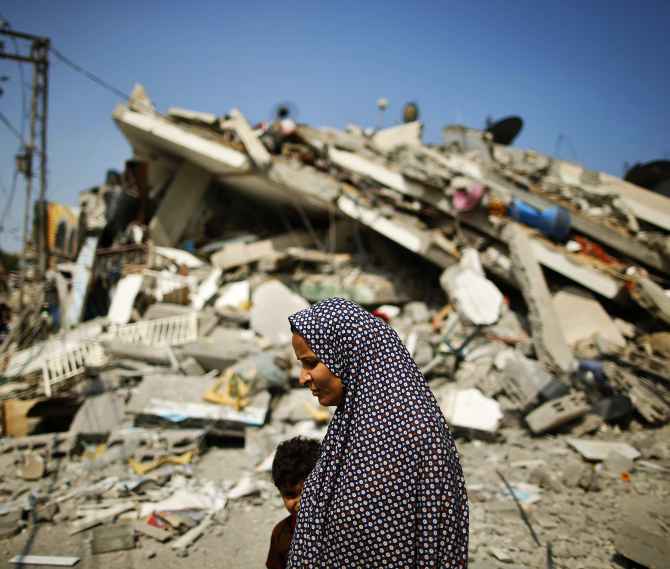 Image: A Palestinian woman walks past the rubble of a residential building destroyed in an Israeli air strike in Gaza City.
Photographs: Mohammed Salem/Reuters Vicky Nanjappa/Rediff.com

'Before a vote in the UN,' one expert tells Vicky Nanjappa/Rediff.com, 'instructions are given from both the Prime Minister's Office and the Ministry for External Affairs. India should have abstained. On the face of it, it looks like an error on the part of the MEA.'

In 2011 India backed the United Nations resolution on the Richard Goldstone Commission report which criticised Israel for its 2008 military offensive in Gaza.

According to the Wikileaks cables, this decision angered the United States of America.

On Wednesday, July 23, India voted in favour of a probe by the United Nations Human Rights Commission into the killings by Israeli security forces in Gaza.

What prompted India to vote against Israel when the Narendra Modi-led National Democratic Alliance government refused to take a stand on the Gaza clashes in Parliament? 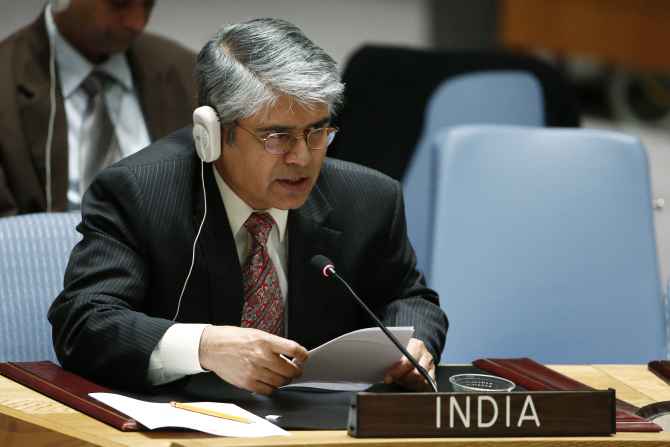 Image: India's Ambassador to the United Nations Asoke Kumar Mukerji addresses the Security Council during the meeting about the situation in Palestine at the UN, July 22.
Photographs: Eduardo Munoz/Reuters Vicky Nanjappa/Rediff.com

While some experts feel it could be a case of miscommunication, others maintain that the vote is not surprising since India has traditionally voted against Israel in the UN when there has been an Israeli offensive against Arab civilians.

V Balachandran, a retired special secretary at the Research and Analysis Wing, India's external intelligence agency, told Rediff.com, "Right from pre-Independence days we have opposed the division of Palestine. For a very long time we had no diplomatic relations with Israel. It started with (then prime minister P V) Narasimha Rao when we wanted a pragmatic policy towards Israel. They (Israel) have been our leading defence suppliers since then."

"Before a vote in the UN," Balachandran, who served in India's embassy in Washington, DC in the 1990s, said, "instructions are given from both the Prime Minister's Office and the Ministry for External Affairs. This appears to be a major slip up. India should have abstained. On the face of it, it looks like an error on the part of the MEA."

"We share good relations with Israel," he pointed out, "Israel won't be happy with what India has done. It is not necessary that we need to vote in tandem with the BRICS (Brazil, Russia, China and South Africa apart from India) nations just because we are part of it. We can have our own stand on issues. I feel there has been a slip up at the bureaucratic level and instructions may have not been conveyed properly." 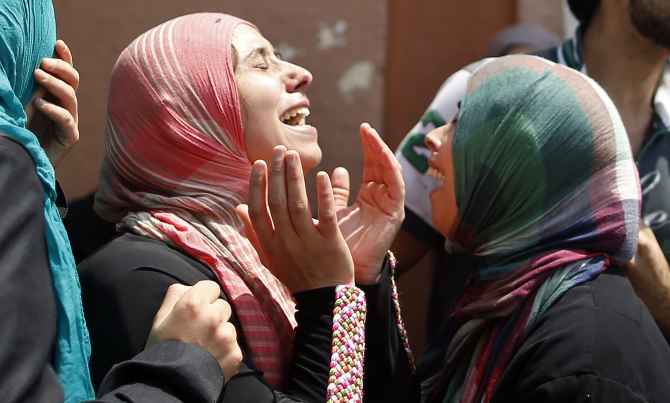 C D Sahay, a former chief of the Research and Analysis Wing, has a different take on India's UN vote. India, he says, has always voted against Israel on the issue of Gaza.

"While we are friendly with both the Israelis and Palestinians," Sahay says, "we have a long history of extending support to Palestine. We granted recognition to Israel only recently."

"This time around," adds the retired spy, "there has been an emergence of BRICS and this appears to be a collective decision. India always opposes violence and maintains that peace negotiations must happen. I do not think India must pass resolutions on such issues in Parliament as this is a much higher step of expressing total opposition. What we have done at the UN is not opposing, but expressing our concern."