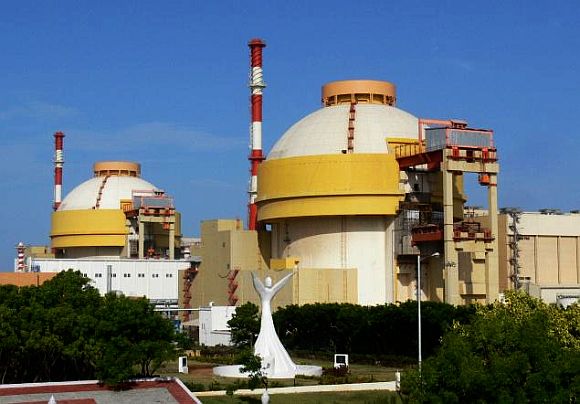 V Ponraj was a scientist with the Defence Research and Development Organisation before he was posted at the Rashtrapati Bhavan to assist Dr Abdul Kalam when he became the President of India. He continues to serve as the scientific advisor to Dr Kalam.

When dissenting voices erupted on the safety of the Kudankulam Nuclear Power Plant, Dr Kalam, along with Ponraj, came out with a report on the safety and security of the plant along with suggestions on how to win the people back.

As protests rage in the region and reach a crescendo, Ponraj speaks about the report he and Dr Kalam prepared in this interview with rediff.com's Shobha Warrier.

Was it because of the resistance by the people living in the areas surrounding the Kudankulam Nuclear Power Plant that Dr Kalam and you decided to come out with a report on the power plant?

Yes. The resistance of the people to the nuclear power plant is because of the activities of some activists who are against nuclear power plants and nuclear energy. We found that they were instigating the local people and spreading false information. They have succeeded in their efforts to convince the local people that nuclear energy itself is dangerous. These activists not only want to shut down Kudankulam power plant but all the nuclear plants in India. Did you feel that there was no dissemination of information by the experts on nuclear power plants and nuclear energy?

Yes. It was not a nuclear disaster; it was a PR disaster. The scientists concentrated only on the plant, science and technology. They didn't have a proper PR mechanism to reach out to the people. They failed in that aspect.

The plant has been under construction for quite a few years but the agitation intensified after the Fukushima accident. Did you find any connection between the two?

The activists used the Fukushima accident as a tool to scare the local people. They have succeeded in brainwashing the people and creating a fear psychosis in them.

There is a geo-political force in tandem with the activists, working against the plant, and against India attaining energy security from the nuclear programme. We have a three stage nuclear energy programme, which will ensure safety, security and continuous usage of energy for centuries. So, if we attain this, we will become self sufficient in power generation.

'The activist group was unwilling to listen to Dr Kalam' 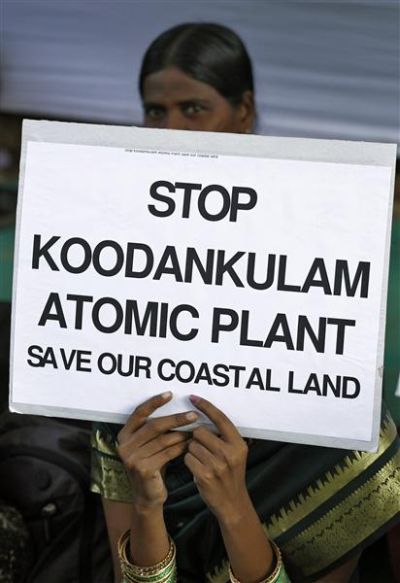 Could you and Dr Kalam meet and talk to the local people?

There is also accusation that foreign money is being pumped into the area to campaign against the programme.

Will anybody in India be able to convince the people? Dr. Kalam could not.

India can convince the people, but unfortunately, at present, the innocent local people are fully under the control of the people, who are working against the nation. Only if you can keep the local people away from the instigating group, will you be able to impart proper information to them.

I saw on TV a woman saying her goat died of radiation. This is when fuel has not even been loaded in the reactors. This is the kind of false information that is going round there.

It is the responsibility of the government to reach out to the people in a democratic way.

'We believe and work for what is good for the nation' 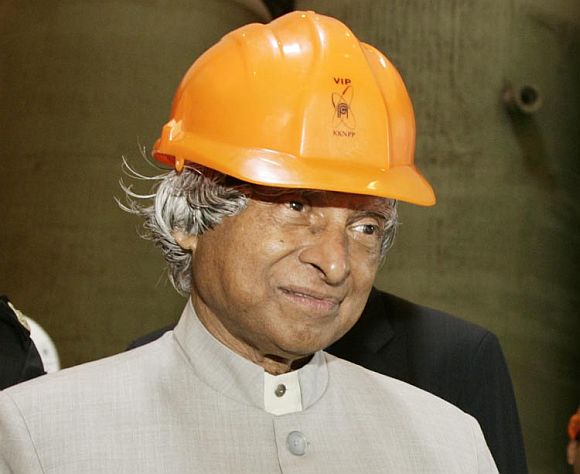 Why is it that nobody is taking any efforts to talk to the people?

Nobody is willing to listen. Then, how can you talk?

I feel the government should brief the media first so that the right information about nuclear power plants reaches the people.

When Dr Kalam came out with the report, he was called names by the activists. How did he react to this? Was he pained?

Yes, we have written in detail about all the four aspects of security. The site was selected as per the Atomic Energy Regulatory Board code of practice on safety on nuclear power plants. It has the approval from the government and other regulatory authorities.

There are four safety aspects, nuclear criticality safety, radiation safety, thermal hydraulic safety and structural integrity safety. And all these four are properly met at Kudankulam.

'Kudankulam reactors can withstand earthquake of 6 on the Richter scale' After the Fukushima accident, the fear among the people is about earthquakes. What does your report say about it?

Yes, we found that people have genuine fears. That is why Dr Kalam's report on Kudankulam was published in Tamil in the Dinamalar daily as well as in English in The Hindu to allay the fears of people. The report was written in a simple language so that people understood everything clearly. It is being freely distributed to people.

Kudankulam reactors are in zone 2 and they are tested through simulations and found to withstand earthquake of 6 on the Richter scale.

The fear among fishermen in that area is that fish will get contaminated because of the plant...

The only way you can scare fishermen is by telling them that their livelihood will get affected. Kalpakkam and Tarapur plants are functioning for several years. Are there any complaints about the fish of that area getting contaminated?

'Germany has achieved energy independence. We have not' 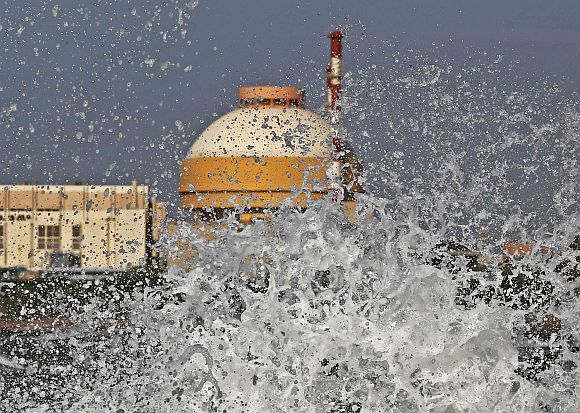 In the report, Dr Kalam also speaks about the importance of having nuclear energy for a country like India. Why?

89 per cent of input used for power generation today is indigenous -- that means from coal (56 per cent), hydroelectricity (25 per cent), nuclear power (3 per cent) and renewable (5 per cent). Solar energy segment contributes just 0.2 per cent of our energy production.

Presently, India generates nuclear power of 5000 MW from 20 nuclear power plants. We may need to increase it to reach 50,000MW. If you look at the cost of production also, it is Rs 20/KWH for solar power, wind RS 10/KWH, while it is Re 1/KWH at Tarapur and will be less than Rs 3 at Kudankulam.

Globally also, 3.79 lakh MW of nuclear power is generated in 29 countries through 529 reactors.

What about the argument that other countries are moving away from nuclear energy? 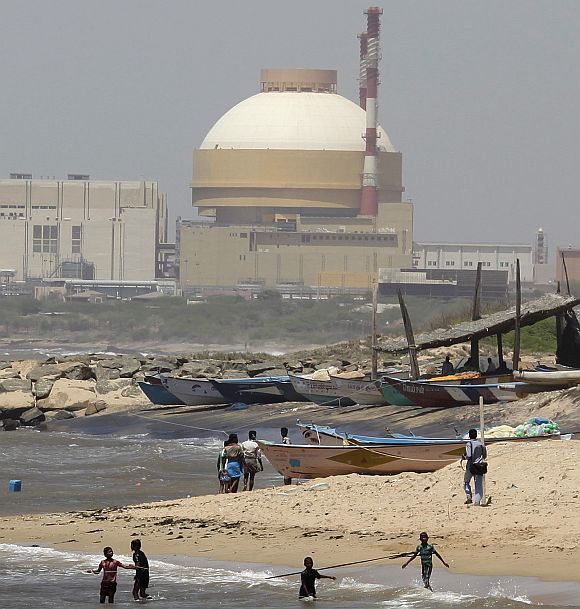 What did the report suggest the government of India and Tamil Nadu do?

The government should meet the people and remove their fears. Also, the government should have development plans for the area with a long term vision like, they should develop 4-lane roads, create employment opportunities, provide houses, drinking water, education, medical and internet facilities, for the local people.

Only then will the government be able to win them back. When they are investing Rs 30,000 crore, can't they allocate 2 per cent of the investment for the people?

The present Koodankulam crisis is due to the poor PR and communications initiatives by the Atomic Energy Department and Nuclear Power Corporation. This is more a PR disaster than a scientific one. If not addressed in time, it may cause more problems in future.