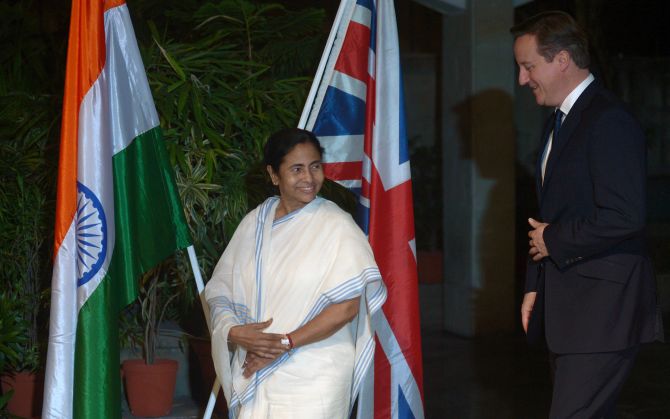 Asserting that United Kingdom and India should be "partners of choice", British Prime Minister David Cameron on Thursday said the two countries have made "extraordinary progress" on trade and investment since 2010 and that the "positive momentum" should continue.

Cameron, who had a meeting with Prime Minister Manmohan Singh, also utilised his short visit to India to allay the concerns of students looking to pursue education in the UK, saying there was no limit on the number of Indian students wanting to go there. He, however, said the UK needed to keep a tab on immigration.

Cameron, who is on his way to attend the CHOGM summit in Colombo, said he respected Singh's decision to not attend the meeting starting on Friday.

'There is passion in the relationship between India and the UK' 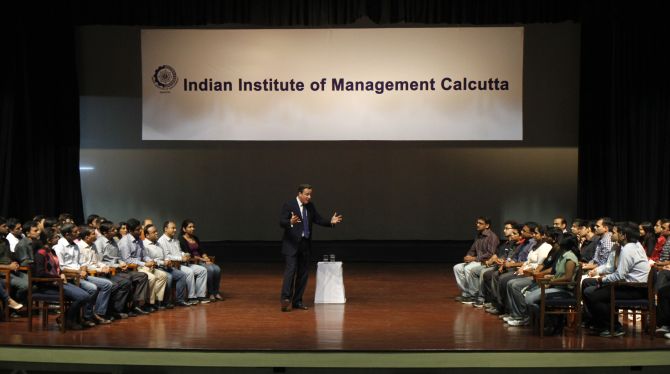 Seeking broadening of bilateral ties, Cameron said UK and India should be "partners of choice" as both the countries can effectively deal with various challenges like combating terrorism by working closely with each other.

Cameron said there was passion in the relationship between India and the UK as both the countries shared a common culture, commerce and democracy.

The main focus during Singh-Cameron talks at the Prime Minister's Race Course residence was on trade ties with the British leader maintaining there has been "extraordinary progress" on trade and investment since his first trip.

The two leaders also shared a strong view on Sri Lanka over the human rights situation there.

Later, in a tweet after his meeting with Singh, Cameron said they agreed that extraordinary progress on trade and investment has been made since 2010.

According to official sources, the two leaders "reviewed the progress in bilateral, economic and commercial ties. Both leaders expressed satisfaction that despite the continuing global economic slowdown and the Eurozone difficulties, India-UK trade ties have been resilient." 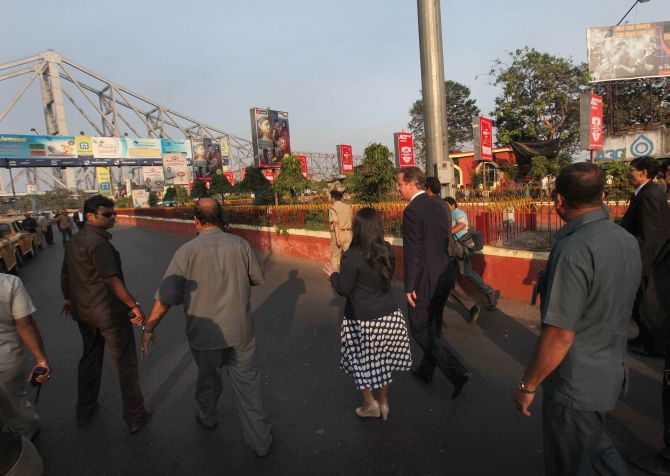 Noting that investments on both sides have also progressed satisfactorily, the leaders "felt that there was a need to take this process further through increased interaction in various fields and regular steps and measures to continue this positive momentum," sources said. British exports are up by 25 per cent in 2013, while Indian exports to the UK have increased by 10 per cent.

During an interaction with Indian businessmen in New Delhi, Cameron said he is open to meeting elected leaders including Gujarat's Chief Minister Narendra Modi, noting the UK has already started a "proper engagement" with the state and it should continue.

"The UN ought to include India in the Security Council as a permanent member," Cameron told an interactive session with students of the Indian Institute of Management in Kolkata.

UK prime minister began his day-long visit in New Delhi with a walk in the sprawling LodhiGardens which he described as "moment of calm". "Moment of calm in Lodhi Gardens...ahead of a busy day with business leaders & PM Singh," Cameron tweeted.

The British Prime Minister spent around 20 minutes at the garden.

'India ought to be included in UN Security Council' 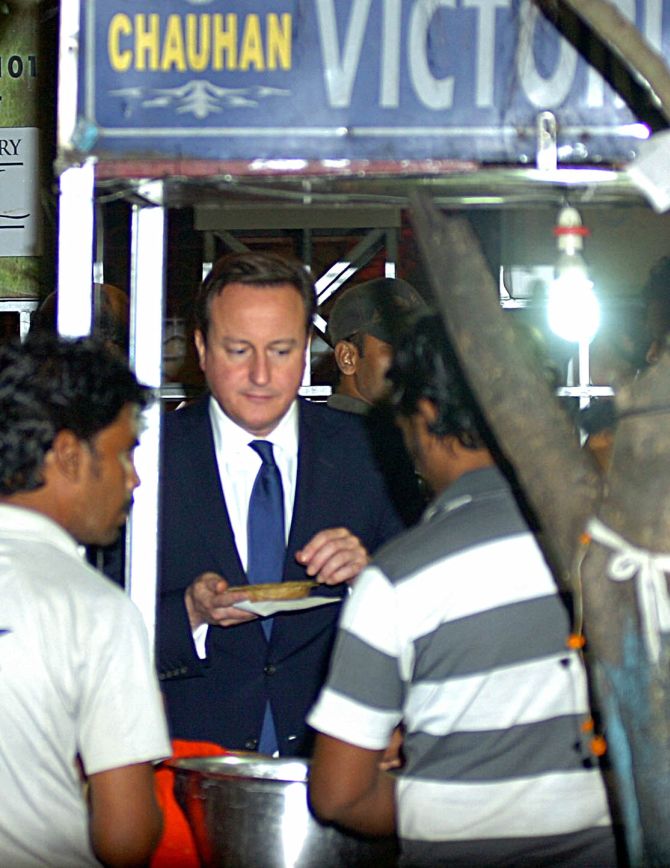 "The UN ought to include India in the Security Council as a permanent member," Cameron told an interactive session with students of the Indian Institute of Management, Calcutta.

"It is important that the Security Council demonstrated its political will in this regard," he observed, adding "What matters most is the political will."

"UN as an institution is not perfect, but a worthwhile organisation. It should modernise itself as well," Cameron said.

He said that each nation should back the UN and see that its functioning improves.