Sign in  |  Create a Rediffmail account
Rediff.com  » News » 'The way I look at my mother is how I look at my country' 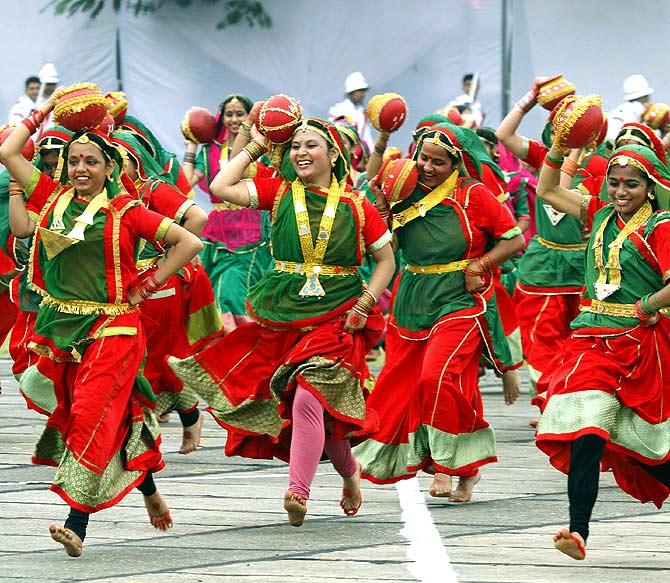 'Being Indian means everything to me. My existence is nothing without my country. It is not about what the country did for you, but what you did for your country,' says actor-director Shekhar Suman in our special series where well-known Indians speak about the India they love.

I love the warmth and genuineness of the people of our country. We are an emotional lot, unlike Western countries where people are very practical and even cold-hearted at times.

I love the fact that we are so diverse yet similar... So many cultures, so many languages and yet there is unity in diversity.

Everywhere in the world, we are known for our culture. We are multilingual, multicultural, multiracial and multiethnic. Our language, food, dress -- changes every 50 kilometres and yet there is a sense of oneness in people.

I do not think this happens in any part of the world. As I said, we have this warm emotional chord of Indian-ness.

One feels secure and a part of a huge family as there are always people around you. When abroad even if you want to ask an address there is hardly anybody to help, as there is no one in sight. We have an eagerness to help.

Our heritage and history. Right from Lord Buddha, Lord Mahavir, Guru Gobind Singh, Mahatma Gandhi, Swami Vivekananda to statesmen like Nehru, Indira Gandhi -- they took our country out of the mar of the Third World country. This is a huge pride.

Even people like Tilak, Gokhale and Malaviya contributed in pushing the Britishers out of the country after their rule of 200 years. This is the strength of India and Indians.

Gandhi's non-violence is something that played a major role in it, we should also be proud of that.

Of the places dearest to me are -- first and foremost Patna because I was born and raised there until I was 13. I had an umbilical cord joined to the city. I know most of the nooks and corners that I use to cycle around and fly kites. It is an integral part of my persona.

Then Delhi, I use to study in Delhi University and met my wife in that city. We were in different colleges and met by chance. We spent three years of our courtship on my motorcycle. So, that place holds a special place in my heart.

Bhopal is another city I like. Some cities have character and Bhopal is one of them. It has this tehzeeb that I really like, even

Lucknow is one such city where they address even a dog as 'aap.'

I like Punjab, specially Chandigarh, and Hyderabad for its biryani.

Oh there are so many places I like in India!

I miss Indian food and the crowd most when I travel abroad. There are always people around here; there is a sense of security, which I miss while I am abroad. You hardly see people on roads there.

Also, the sense of independence is something I also miss when I am abroad. One cannot be standing, walking or driving freely there. You are always scared about cops coming and giving you tickets for various reasons.

Civic sense is something that India and Indians lack. Peeing, shitting, spitting and littering are unacceptable.

Population control and education is also something India needs to work on. I think corruption is also a major issue; we have to get rid of it.

If every single Indian shows honesty, then it will make a significant difference.

Being Indian means everything to me.

My existence is nothing without my country. It is not about what the country did for you, but what you did for your country.

The heroes and the history of this country make me proud of being an Indian.

Shekhar Suman is a well-known film and television actor. His first film as a director, Heartless opens on February 7.

He contested the 2009 Lok Sabha seat from Patna Sahib as a Congress candidate, but lost to the BJP's Shatrughan Sinha.

He e-mailed his response to Rediff.com's Patcy N.