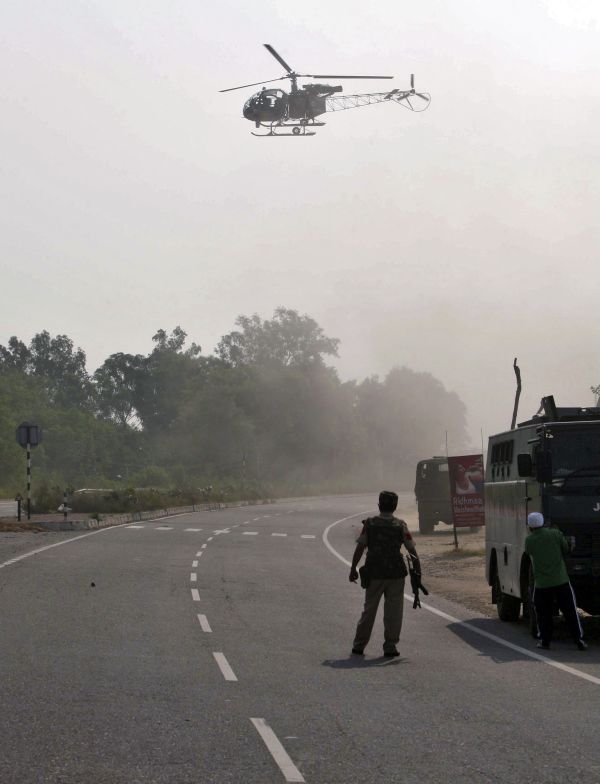 Dressed in army fatigues, terrorists stormed a police station and then an army camp in Jammu region killing 10 people including an army officer in twin 'fidayeen' attacks after they sneaked in from across the border early on Thursday, barely three days ahead of a meeting between prime ministers of India and Pakistan.

The three heavily armed terrorists, believed to be from banned Pakistan-based terror group LeT and who were holed up in the camp of the cavalry armoured unit at Samba for several hours after they barged into the Officers mess, have been killed during a fierce gunfight, Army officials said in Delhi.

The bodies of the three terrorists aged between 16 and 19 are in the custody of the Army, they said. 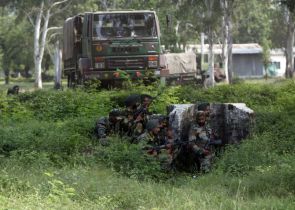 In the worst terror attack on a security establishment in Jammu region in 10 years, officials said six people including four policemen were killed in the 'fidayeen' (suicide) strike on the police station in Hiranagar in Kathua close to International Border by the terrorists while four army personnel including a Lieutenant Colonel died at Samba camp.

"As per preliminary information, the four terrorists came from across the border," Union Home Minister Sushilkumar Shinde told reporters in Delhi. A police official said it was a case of "fresh infiltration" and the terrorists crossed the IB most probably in the wee hours of Thursday.

Lt Col Bikramjeet Singh, the second-in-command of the unit stationed at the camp, was among the four slain Army personnel.

Eight others wounded in the twin attacks are undergoing treatment,” said a senior police officer.

The unit's Commanding Officer (CO) Col A Uthaiah, who was among the three injured at the Army Camp, has been admitted to the Intensive Care Unit at a hospital in Pathankot. 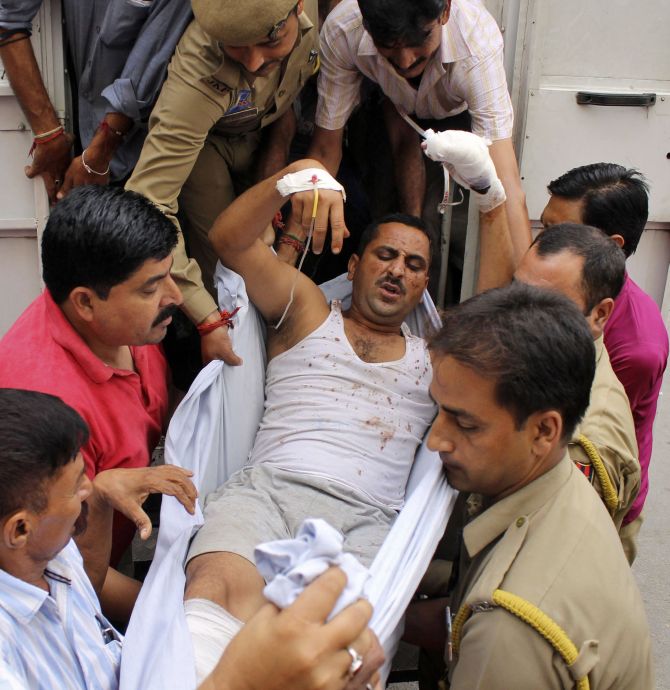 "We carried out the attacks in Kathua and Samba in Jammu region," a person who identified himself as Sami-ul-Haq, the spokesperson of the outfit, told PTI on phone. He claimed they were locals.

J and K DGP Ashok Prasad said the terrorists had boarded an auto at gun point from Hariya Chuk graveyard in village Jhandi, barely 1 km from the IB and asked the driver Roshan Lal to take the vehicle to an Army camp at Hiranagar.

Unable to locate the camp, the terrorists stormed the police station at 6.45 am hurling grenades where they killed a sentry at the gate and then an ASI Ratan Singh and a Special Police Officer. A constable, who was resting on the second floor of the police station, was also gunned down in the indiscriminate firing, police said. 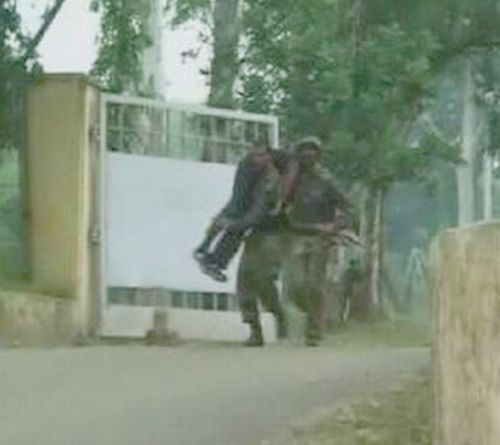 Prime Minister Manmohan Singh and his Pakistani counterpart Nawaz Sharif are due to meet in New York on September 29 on the sidelines of the UN General Assembly.

The auto driver, who managed to escape after dropping the terrorists at the police station, informed the police that they had also gunned down a PCO owner Suresh before hijacking a tempo truck which had been seized by the police the previous night.

The tempo driver was asked to be taken to a nearby Army camp at Samba--about 18 km from the Hiranagar police station-- while the cleaner Mohammed Feroz, a resident of Kashmir Valley, was shot dead.

IGP, Jammu region, Rajesh Kumar said the terrorists abandoned the tempo and may have taken another vehicle from there and reached the army camp in Samba where they opened indiscriminate firing on jawans deployed at its security gate and stormed the premises.

They barged into the Army Mess where they resorted to heavy indiscriminate firing as troops geared up and retaliated resulting in a fierce gun battle.

Army moved in crack commandos and quick action teams inside the camp where TV footages showed tanks moving inside in the hunt for the militants.

At the army camp, gunshots were heard from inside the walled compound. Two officers were seen running out carrying an injured man over their shoulder.

"I was inside the dhaba (a roadside eatery) when I saw three men entering the camp firing a barrage of bullets. They opened the gates and entered," an unidentified man told TV channels. 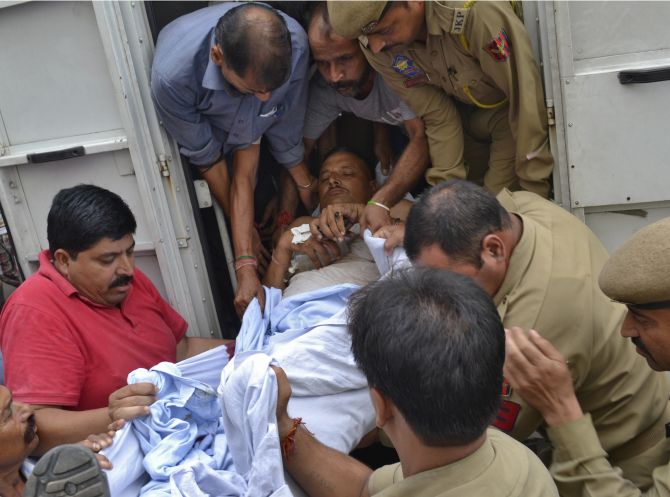 The traffic on the Jammu-Pathankot highway near the area of the attack at the police station was briefly suspended.

The attack seen by Chief Minister Omar Abdullah as an attempt to derail the talks between the prime ministers of India and Pakistan came a day after Manmohan Singh left for the US. BJP has demanded that the talks be cancelled.

The attacks were condemned by BJP which said it showed that Pakistan is continuing with its strategy to strike at will through proxy war of terror.

"The prime minister had himself assured the nation through both Houses of Parliament after 26/11 and after beheading of two soldiers that second time we will not hold talks with Pakistan till it takes minimal action against terror," BJP spokesperson Prakash Javadekar said.

"But what are we seeing today that Pakistan land is being used to attack and conduct terror attacks in India," he said.