'I don't think my life will ever become normal' 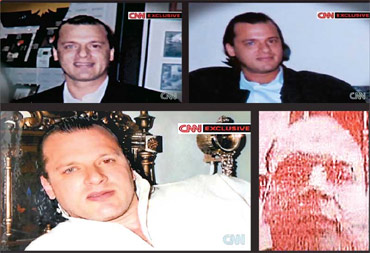 Months before the Federal Bureau of Investigation finally arrested David Coleman Headley, his Moroccan wife Faiza Outalha had tried to warn the FBI about the Lashkar-e-Tayiba operative's terror links. Nobody had taken her seriously, and the Pakistani-American had gone on to conduct the reconnaissance of likely targets for the 26/11 terror strikes in Mumbai.

But in a curious volte-face, Faiza, who is working on a book about her husband with his friend George Alexander Mapp, today claims that she is no longer sure if Headley is guilty or innocent. In an interview with rediff.com's Vicky Nanjappa, she pleads with the media to leave her alone.

How has life been for you after Headley's arrest?

It has been miserable! I am married to him but I have not been able to talk to my husband. I am being called all kinds of names on an international level.

Do you think you will be able to live a normal life ever given the tremendous global coverage this case has received?

I don't think my life will ever become normal again, because after all this internet drama, as I would call it, I don't see anything normal in it.

What are you planning on doing next?

I try to live in the moment and struggle in life. I hope that none of these organisations from India, Pakistan or the United States will bother me.

I just want them to forget my name. Or they should be clear and get in touch with me directly, rather then disrupting my life in different ways; like through the media which has mostly misrepresented me and spread lies.

'Headley was a free spirit' Have your friends and family stood by you?

This is a serious case for so many people. My family fought with me because of this. But I had a few close friends, like George and others, who were more tolerant of my predicament. With my family, it was all because of the man that I chose, and they said to me that I need to be responsible for my actions, and I agree.

You are working on a book currently. What is it about?

I will write about all my experiences in Pakistan; its culture, religion, society. (I will also write about) my trips to India, my life with my husband, my background, how David and I met, plus many more interesting and intimate details like crossing the Wagah border post.

Did Headley show any signs of extremism?

I had the greatest time with my husband. He was never an extremist or a terrorist; he is just like any American, any human being.

David was an active and hard working businessman. He was good with money. He talked to me about some future projects and we had lots of things planned for the future. But I guess our destiny is what we both survive today.

David was so open minded, so nice, (he was) a free spirit, intelligent. We liked to share ideas, watch movies together and enjoy nice food in elite places. He was an honest man. I could write hundreds of pages on him alone. I'll say this; he was and still is to me a great and wonderful man with a unique personality...

'My husband is innocent' You approached the FBI about Headley, but they never took you seriously. Why do you think that was the case?

Well, I lied about most of the things that I told them, and they realised that I was lying. But then with Headley's previous Drug Enforcement Administration job, that I only found out about later, and with his prison record, he should have been targeted (by the FBI) directly and immediately. But he was moving around freely and by then it was upsetting me because I had a case against him.

For a moment, it was me or him. It has nothing to do with the love or true feelings that I have for him, but it's like you want to teach a lesson to someone you love. But then I also wanted to pursue him with American law, but they (FBI officials) didn't allow me (to do so) and made fun of me. Indirectly they told me to get lost, that's all I understood.

I don't care, but from what I know, my husband is innocent. There is something else going on here, I don't get it. It is a part of an endgame and drama that I have nothing to do with.

Do you think Headley deserved the punishment he got?

I think Headley should get out of jail soon. My husband is innocent. But if there are things that I don't know, or if he was playing a role with me, then I still can't confirm it. But my husband, the man that I know, he is not at all a criminal, and he is innocent!

'The NIA is harassing me indirectly'' 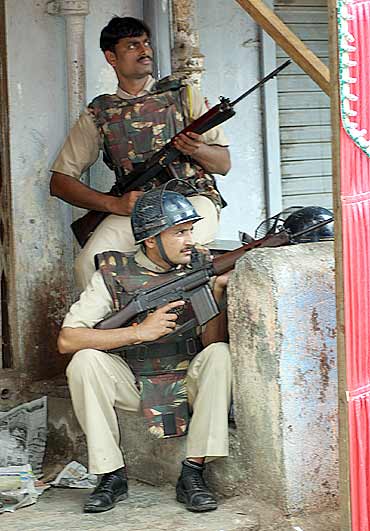 I'm just waiting to establish communication with my husband. For now, I am just focusing on the book project and struggling with my life, but I cannot predict the future. This is a miserable time, and I hope it passes quickly. I hope we are able to forget the bad phase and have some peace of mind, Inshallah (God willing).

Have investigating agencies been harassing you?

The only investigating agency harassing me indirectly is the National Investigation Agency and I do not really feel good about it. I hope that they forget about me, because I'm just a woman and I have nothing to do with all this drama.

Someone told me there is a case against me in India and I don't understand for what. I am not hiding or running away.  I just want them to understand that I'm not going to fulfill their desire and they better forget about me. I also want to know why they splashed my name all over the internet; only me, not the other two wives. Yet I am not able to talk to my husband. Are they targeting me or is there another drama that I should wait for?