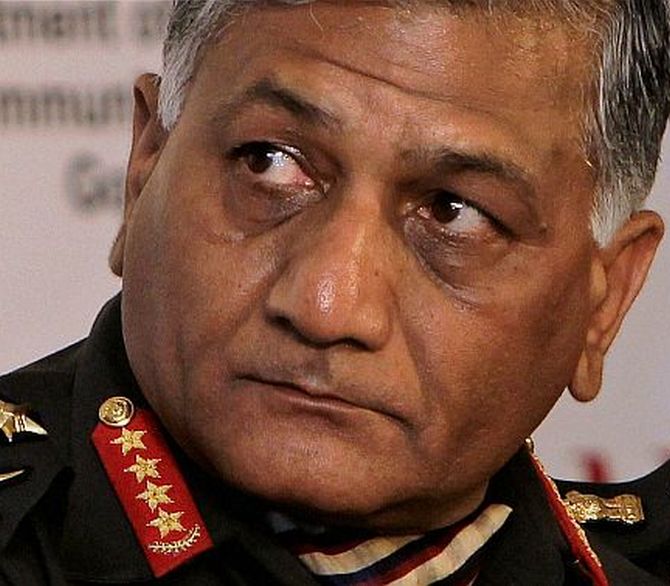 The government is likely to order a Central Bureau of India inquiry into the alleged unauthorised operations and financial wrongdoings by a top secret intelligence unit set up by then Army chief Gen V K Singh.

Sources said that the government has taken serious note of the report of a Board of Inquiry into the functioning of Technical Services Division alleging misuse of position by Gen Singh and is likely to order a CBI probe into the matter soon.

Information and Broadcasting Minister Manish Tewari told reporters in New Delhi on Friday that the facts brought out in the report are "extremely sensitive" and if any person -- retired or serving -- is found involved in the matter, action will be taken.

'Action against serving or retired officers if evidence found' 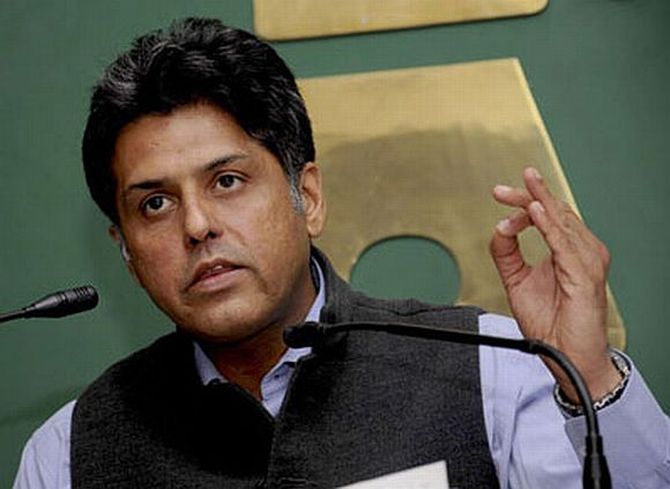 "The contents of the report which have been mentioned in a newspaper are under active consideration of the government. If any malfeasance is found against any serving or retired officer, appropriate action would be initiated.

"...The government has also put in place measures to ensure that there is never ever a repeat of some of the things which have allegedly been mentioned in the report," Tewari said.

TSD allegedly illegally tapped phones of senior defence ministry officials. The army report, which was submitted to the defence ministry recently, has recommended a probe into the functioning of the intelligence unit, sources said here.

A newspaper quoting the report said Gen Singh had misused the secret service funds to destabilise the Omar Abdullah government in Jammu and Kashmir, to pay off an NGO to try change the line of succession in the army top brass, to buy off-air interception equipment and to conduct "unauthorised" covert operations.

Replying to a question on possible action against the retired army chief and his team involved in this matter, Tewari said this is not a question of being individual-specific but it is more of a systemic and structural issue "wherein there are alleged actions which impinge upon the larger ambit of national security".

Tewari said the government does take such matters extremely seriously as it is its duty to do so and asserted that action would follow "after a probe".

"The facts mentioned in the report are in the cognisance of the government. If it is found after the probe that facts are true, then action will be taken against those who are allegedly involved in it, whether they are in service or have retired," he said. 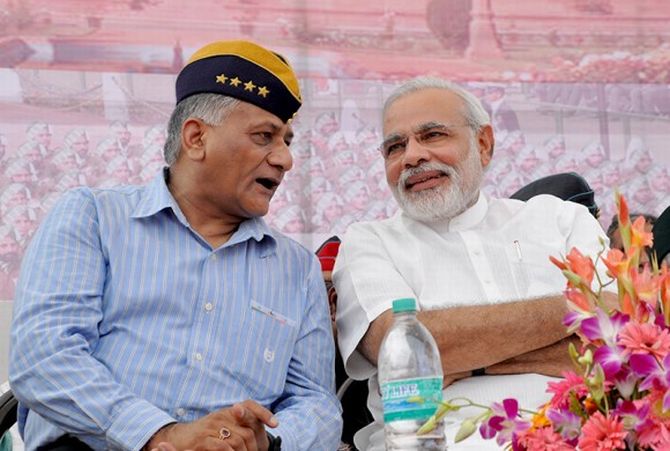 The army report was prepared by Director General Military Operations Lt Gen Vinod Bhatia as part of a Board of Officers formed by Army chief Gen Bikram Singh to review the functioning of the top secret unit set up by his predecessor.

Reacting to the reports, Gen V K Singh had said on Thursday, "This is simple vendetta as some people are not comfortable with me sharing the dais with Narendra Modi to espouse the cause of ex-servicemen in the country."

He said if anyone has recommended a probe into the functioning of the unit, then that person is "talking through his hat" as its operations were meant to be secret.

BJP has also alleged that Gen Singh is being targeted as he shared the dais at a rally in Rewari with Modi, its prime ministerial candidate.

Rejecting these allegations, Tewari said, "It is extremely surprising that whenever there is an allegation with regard to alleged subversion of an institution, you always find BJP prematurely jumping to the defence of such individuals.

"I am quite struck by the fact,.... I hope that behind all these incidents there is not the invisible hand of the BJP," he added.