Camels run for water and life in Oz 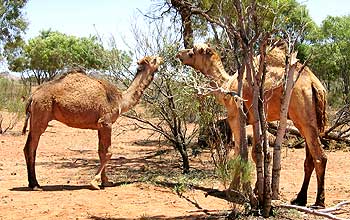 It is trouble for camels in the Kangaroo Land.

Amid widespread criticism, Australia has decided to slaughter as many as 650, 000 camels in the remote Outback area of the country.

Why this step? Because the dromedaries are reportedly tearing apart bathrooms and ripping up water taps in search of water. 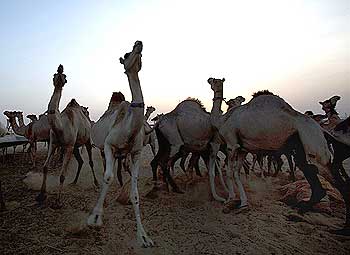 Even the planned cullings are inventive. Emerging reports say several marksmen are being earmarked to shoot down the dromedaries from helicopters.

The camels, authorities say, compete with sheep and cattle for food, trample vegetation and invade remote settlements in search of water, scaring residents.

Environmentalists have called for the population to be controlled because the camels have devastated large swaths of the outback, eating every plant in their path and causing damage to sacred Aboriginal sites.

In Aus? Then have a camel dish 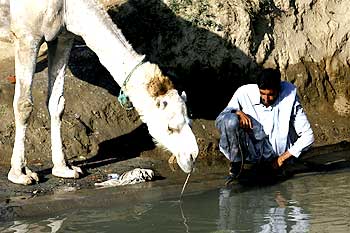 However, using helicopters is expensive, and push the cost of each kill to around 50 per camel. There are also concerns that the rate of aerial culling will be too slow.

A report by The Desert Knowledge Cooperative Research Centre, which masterminds how the government money will be spent, said an initial cull of 400,000 was needed to offset the camels' rapid birth rate.

Other proposals for cutting back on camel numbers include taking tourists on camel shooting safaris, setting up mobile abattoirs to turn camel meat into pet food and even encouraging Australians to consider throwing a camel steak on the barbecue.

Camels were introduced to Australia in 1840 to help transport heavy goods to the remote interior of the country. However, with the advent of the railway they became redundant and were released, in their hundreds, into the outback, where they thrived.