Samyukt Kisan Morcha (SKM), an umbrella body of farmer unions, has organised protests in different states on Friday to mark the first anniversary of the farmers' movement against three central farm laws. As per an official statement from SKM, thousands of farmers will reach the protest sites around Delhi.

In Karnataka, the farmers have decided to come onto the streets especially important highways on Friday, said SKM.

It further said, 'Protests are planned in approximately 25 locations spanning all districts of Karnataka. Two of the protest locations for this highway will have people from Bangalore also joining rallies in vehicles at Srirangapatna and Chadalapura in Chikballapur district.'

In Tamil Nadu, the SKM has planned rallies in all district headquarters jointly with trade unions.

'There will be protest demonstration and meeting in Chennai also. Tractor rallies are being planned into several state capitals like Raipur and Ranchi. In Kolkata in West Bengal, protest events are being organised on November 26.

'In Patna, the farm unions and trade unions will hold a joint march to the Collectorate and submit a memorandum. Meanwhile, thousands of farmers are arriving at the morcha sites around Delhi with tractors and ration and other supplies,' the SKM said.

Last week, the prime minister said that the Centre will bring necessary bills in the Winter Session of Parliament beginning later this month.

The prime minister had also announced that the government will constitute a committee to work on a new framework for minimum support price (MSP).

The Farm Laws Repeal Bill, 2021 has been listed for introduction and passage.

Farmers have been protesting against the government's three bills on various borders of Delhi since November 26, 2020.

Meanwhile, Bharatiya Kisan Union (BKU) leader Rakesh Tikait had said that 60 tractors will head to the Parliament in the national capital on November 29 as a part of the tractor march to press for a statutory guarantee of MSP for crops among other things.

Moreover, the Winter Session of Parliament will commence on November 29 and is expected to continue till December 23. 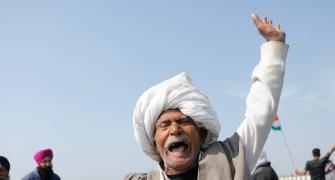 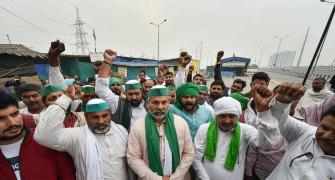 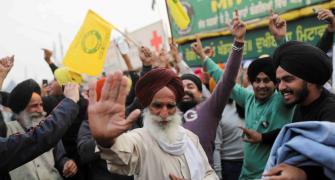 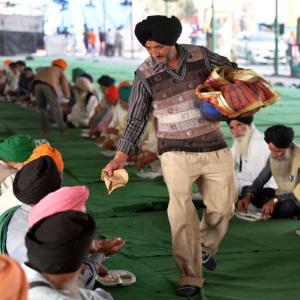