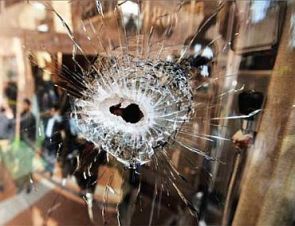 The government has identified 65 terror groups active in the country, out of which a maximum of 34 are in Manipur, the Lok Sabha was informed on Tuesday.

Minister of State for Home R P N Singh said available intelligence inputs show that terrorists active in India are often supported and funded by their parent outfits based abroad, particularly in Pakistan, in terms of shelter, training, weapons and finance.

"The existing statutory and legal structure provides adequate provisions to deal with funding of terrorism," he said in a written reply.

The list of terrorist groups active in various states shows Jammu and Kashmir has five such organisations, including Lashkar-e-Taiba, Hizbul-Mujahideen, Jaish-e-Mohammad, Harkat-e-Mujahidden and Al Badr.

To a supplementary, Singh said the government has banned 36 outfits and  organisations in the country.

"As regards the initiatives taken in the left wing extremism (affected) regions, we have a two-pronged approach in the LWE states. One, we deal very effectively as far as the Naxalites are concerned. The approach of the central government is to deal with LWE in a holistic manner in terms of security, development, good governance and public perception management," he said.

In reply to another supplementary he said while some states are doing extremely well in tackling Naxalism, some are doing moderately well and some are lagging behind. "This is a matter of great concern," he said.