The situation at the China-India border is "generally stable" and both sides are maintaining dialogue and communication through diplomatic and military channels to ease the border situation following the standoff at eastern Ladakh, the Chinese Foreign Ministry said on Tuesday.

IMAGE: A view of the Indian and Chinese military disengegment process at the Pangong Tso lake in Ladakh in February 2021. Photograph: PTI Photo

Chinese Foreign Ministry spokesman Zhao Lijian made the remarks while responding to a question on how China view the current situation at the India-China border and progress in the dialogue between the two countries following Foreign Minister Wang Yi's remarks on Monday that China has "effectively managed and controlled" frictions in certain border areas.

"I can tell you (that) currently the border situation between China and India is generally stable,” Zhao told a media briefing in Beijing.

"The two sides are maintaining dialogue and communication through diplomatic and military channels to work for easing the border situation,” he said, without directly referring to the prolonged military standoff at eastern Ladakh.

On Monday, Foreign Minister Wang said that China and India have “maintained dialogue through diplomatic and military channels, and effectively managed and controlled frictions in certain border areas, under a shared commitment to improving and developing the bilateral relations.”

Wang's remark comes in the midst of the lingering border row between the two countries in eastern Ladakh.

The military standoff at Eastern Ladakh has brought the relations between the two countries to a standstill.

The border standoff between the armies of India and China erupted on May 5 last year following a violent clash in the Pangong lake areas and both sides gradually enhanced their deployment by rushing in tens of thousands of soldiers as well as heavy weaponry.

The two sides held the 12th round of talks on July 31. Days later, the two armies completed the disengagement process in Gogra, which was seen as a significant forward movement towards the restoration of peace and tranquillity in the region.

Both sides have remained engaged at the level of foreign ministers and between the top military commanders besides through the WMCC (Working Mechanism for Consultation and Coordination) to keep the tensions under control. 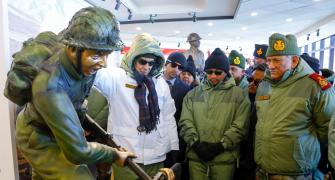 'China can lift a village overnight' 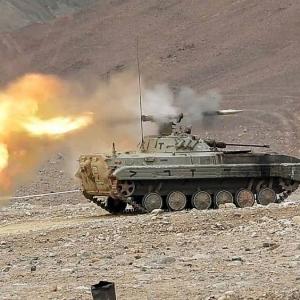