Deepening the image crisis that has afflicted Communist Party of India-Marxist in Kerala, police on Monday registered a murder case against the party's Idukki district secretary M M Mani for his controversial speech stating that the party had eliminated political enemies in the past.

Based on legal opinion, police in Thodupuzha registered a case against Mani on charges of murder, abetment and concealing information under relevant sections of the IPC.

According to police, the lodging of an FIR in the case could lead to reopening three cases of political murders in the high-range Idukki district during the early 1980s.

Home Minister Thiruvanchoor Radhakrishnan said at Kottayam that the probe would be entrusted with a Special Investigation Team that would decide how to go about its task.

Asked if this meant Mani would be arrested, the minister said it was for the SIT to take appropriate action in the case and the government would not interfere.

In a public meeting organised by the party at Thodupuzha on Friday last, Mani had said the party had prepared a list of three `targets' to be eliminated and it was carried out.

The party on Sunday distanced itself from Mani's speech with its state secretary Pinarayi Vijayan censuring the district leader saying that Mani had committed a 'grave mistake' and deviated from the party line.

In a damage control exercise, Mani himself clarified that he was only narrating the sequence of events that happened in Idukki and killing enemies was not the party's policy.

However, the statement evoked widespread condemnation and Congress and BJP seized on it as a weapon against CPI-M, already on the defensive in connection with the murder of Marxist rebel and RMP leader T P Chandrasekharan at Onchiyam in Kozhikode district on May 4.

Several CPI-M activists from north Kerala had been arrested in the Chandrasekharan murder case.

The CPI-M in Kerala has held there had been attempts from its enemies to wreck the party by levelling false allegations. The party state leadership, however, cautioned functionaries to exercise restraint while making public speeches and statements. 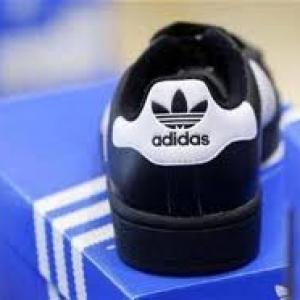