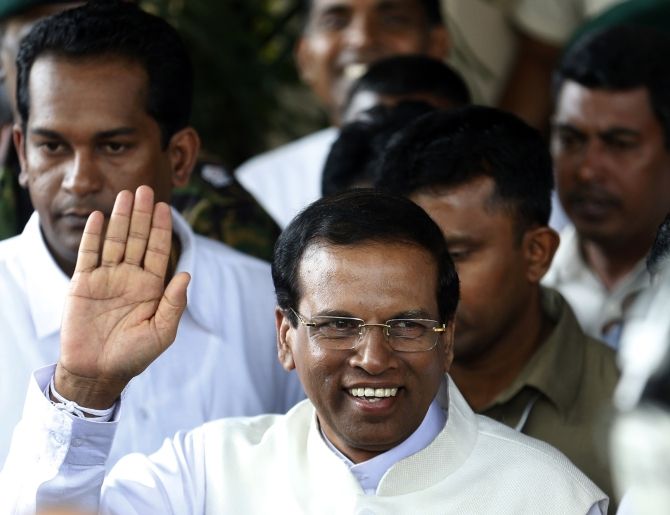 Maithripala Sirisena, the Sri Lankan president-elect, will be sworn-in on Friday evening following his stunning victory in the tightest-ever presidential race that ended the 10-year-rule of Mahinda Rajapaksa.

Opposition leader Ranil Wickremesinghe said the swearing in ceremony will be held at 6 pm in the Independence Monument on Friday. "The new president will be sworn-in on Friday evening. I met President Rajapaksa ion Friday morning who declared his intention for a smooth transition. For his action to finish the war (with the Liberation Tigers of Tamil Eelam) we have to respect him," he told media persons1.

Sirisena, backed by the main opposition United National Party, the Buddhist nationalist JHU or the Heritage Party and a host of other Tamil and Muslim minority parties, defeated Rajapaksa in a keenly contest battle.

Rajapaksa, 69, called a snap presidential election to win a mandate for his third term. Hailing from the rural north central province, Sirisena does not speak English, is ever seen in the national dress. He has no background of hobnobbing with the Colombo elite and socialites.

No old boy of a leading Colombo school, he was more than a match for Rajapaksa's rural appeal. "What was expected to be an easy win for him turned into a difficult task when Sirisena broke ranks in late November to challenge Rajapaksa as the opposition unity candidate," political experts said.

Sirisena ran his campaign based on a 100-day reform programme to introduce constitutional and democratic reforms. He has pledged a national unity government with the participation of all political parties represented in parliament. 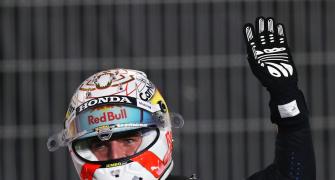 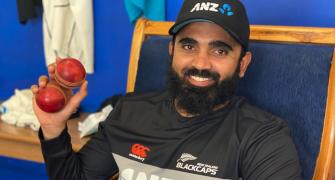 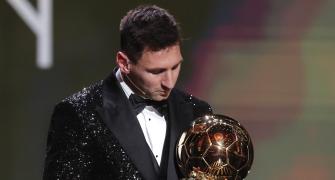