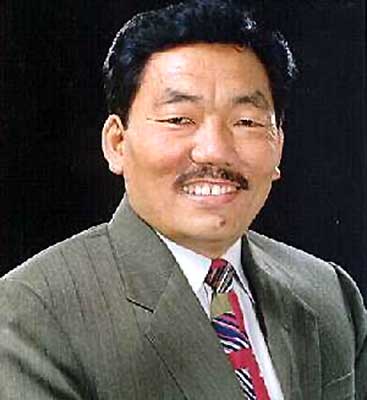 The founding president of the ruling Sikkim Democratic Front completed 23 years, four months and 17 days of uninterrupted service in office on Sunday.

Sikkim’s Pawan Chamling has set a new record in the country by becoming the longest serving chief minister of a state, a title that Jyoti Basu, the former Communist Party of India-Marxist patriarch of West Bengal, had held so far.

The 68-year-old was sworn in as the chief minister of Sikkim for the first time on December 12, 1994.

Born on September 22, 1950, at Yangang, South Sikkim, to Asha Rani Chamling and Lt Aash Bahadur, Pawan Chamling dropped out of school after matriculation. He started his political career at the age of 32.

Pawan Chamling served as the Minister for Industries, Information and Public Relations from 1989 to 1992 in the Nar Bahadur Bhandari cabinet. After a series of political upheavals in Sikkim, he formed the SDF in 1993.

Addressing a press conference at Mintokgang, the official residence of the chief minister, Pawan Chamling said, “I am at the disposal of the people of my state. If they want me to take rest, I am okay with it and if they want me to serve Sikkim, I will continue. I do not have my own agenda.”

People in huge numbers turned up at his residence on Sunday to cheer for him.

“I am grateful to everyone who reposed faith in me in every phase of my life,” he said.

The CM also paid his homage to Jyoti Basu on this occasion and said he was fortunate to have surpassed the former West Bengal chief minister’s record.