Taking on his own party's government, Punjab Congress chief Navjot Singh Sidhu on Sunday asked people whether they were getting cable TV connection and sand at the cheap rates announced recently. 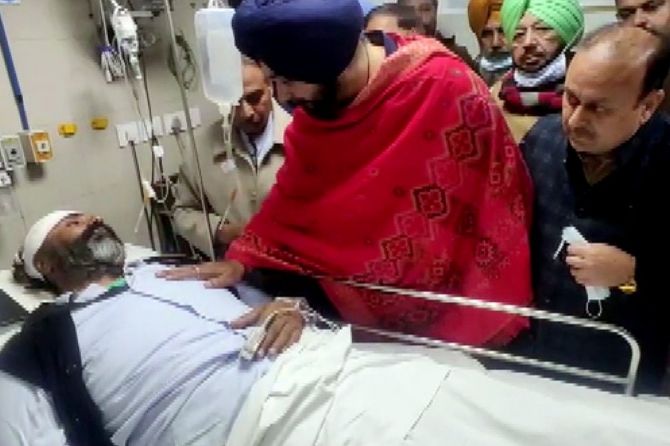 "There may be many announcements. Are you getting cable at Rs 100? Are you getting sand free of charge, its price is Rs 3,700-4,400 (trolley)," he said, addressing a public meeting at Batala in Gurdaspur.

At the same rally, he also dared senior Akali leader Bikram Singh Majithia, who has been booked under the NDPS Act, to face the law.

Last month, Punjab Chief Minister Charanjit Singh Channi had announced that the charges for cable TV connection had been fixed at Rs 100 a month. He also announced that sand will be sold at Rs 5.50 (verify) per cubic feet.

Batting for his 'Punjab model' of governance, Sidhu said if it gets clearance from the party leadership, a sand trolley will be available at just Rs 1,000.

"This is why I am telling you it will not work with mere talk. It will come with a policy and budgetary allocation, it won't work with jugaad," the Congress leader said.

Sharpening his attack against Majithia, Sidhu said just registering an FIR against the Akali leader was not enough.

Daring him to come out and face the law, the Congress leader said, "Where are you Bikram Majithia?"

"If you have guts, remain at home. Are you scared," he asked.

Majithia has been booked under relevant sections of the Narcotic Drugs and Psychotropic Substances Act on the basis of a 2018 status report of a probe into the drug racket in the state.

A Mohali court recently rejected Majithia's anticipatory bail plea. A lookout circular, which prevents a person from leaving the country, has also been issued against him.

"Nothing will happen with the FIR. Unless he (Majithia) is arrested, Sidhu will not rest," Sidhu added.

"Punjab's land is being looted even today, and the state is being mortgaged," he alleged.

Stating that no rival political party has given any roadmap for the farming sector, Sidhu promised minimum support price for oilseeds and pulses if his party returns to power.

Asserting that Batala was known for its foundry industry, Sidhu said the local industry would be allowed to buy the cheapest power wherever it was available in the country.

He also asked the gathering not to fall prey to AAP leader Arvind Kejriwal's 'trap'. Sidhu lashed out at the Delhi chief minister for not giving jobs he promised to the people in the national capital.

Without naming anyone, Sidhu said if people wanted to save Punjab's next generation, punish people like Majithia, justice in sacrilege incidents and employment for youth, they should bring an honest person at the top.

"The chief minister does everything, he has absolute power," he said.

"If you make an honest person sit at the top, then honesty and transparency will percolate down below," the Congress leader said. 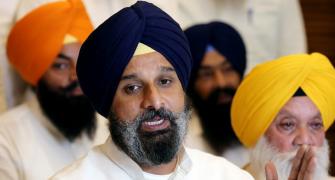 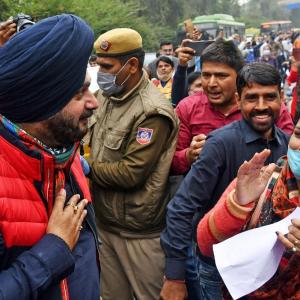