Clearing the air over the cancellation of 14 flights on Sunday after some pilots reportedly called in “sick”, Jet Airways on Monday clarified that flights were cancelled owing to “unforeseen operational circumstances” and not because of “pilots’ non-cooperation”.

Some media reports on Sunday claimed that as many as 14 Jet Airways flights were cancelled after some pilots reported “sick” over non-payment of salaries.

A Jet Airways spokesperson, in a statement, said, “The company continues to enjoy the complete support and cooperation of all its employees, including pilots and engineers, individually and through their respective representative bodies, who have extended their solidarity and full support to the airline. The airline would like to reiterate that the reason for the cancellations of December 2 flights was due to an unforeseen operational circumstance, and not pilot non-cooperation, as is being unduly speculated.”

The spokesperson further said that passengers of the affected flights were duly informed about their flight status via SMS alerts and “re-accommodated and or compensated in accordance with regulatory policy.

“Jet Airways has a transparent and open culture and employees as well as the management regularly engage through various forums to discuss and resolve matters of mutual concern via internal, defined, consultative processes. The management is in regular dialogue with the pilots and other teams to discuss and resolve on-going issues including disbursement of salaries. As stated earlier, Jet Airways is committed to meet its obligations and has been progressively addressing this issue with the employees,” the statement added.

Regretting the inconvenience caused to its passengers, the airline said that it continues to have adequate pilots and runs a safe and reliable scheduled operation with rising on-time performance.

National Aviator’s Guild, a domestic pilots body of Jet Airways also issued a statement saying that it is committed to and confident of working through and resolving any challenges including disbursement of salaries, with its management team at the airline.

“We will endeavour to assist and be a part of the solution for our company in facing these challenges. This we will do through continued dialogue and ensuring that we work with the management to achieve the efficiencies and enhanced service standards, to create a healthier and resilient airline for the future,” the statement read.

“We look forward to a long and continued relationship with the company and are confident of the airline’s sustainability in short as well as the long term,” NAG added. 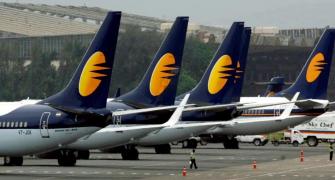 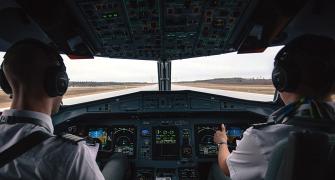